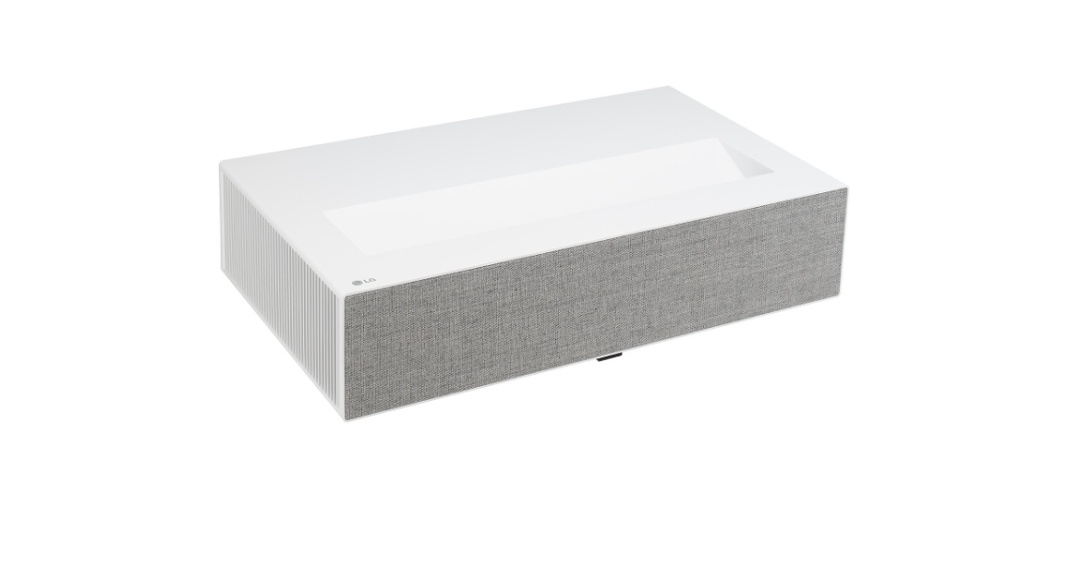 Because of its beautiful design, the CineBeam projector can be used as home decor. Unlike other traditional 4K laser projectors with huge, bulky designs, the HU715Q’s sleek appearance blends in flawlessly with any home decor. The harmony of Kvadrat’s sustainable grey canvas premium fabric accent, which is EU Ecolabel, Greenguard Gold, HPD, and EPD certified, combines with the projector’s clean white colouring to give the home interior an air of luxury and elegance.

With an astounding 8.3-million-pixel screen, the projector offers 4K UHD picture quality for a genuinely cinematic experience. The screen may be swiftly changed in four directions using XPR technology based on Texas Instruments’ 4K/UHD DLP technology to achieve a maximum resolution of 38402160. The HU715Q has four times the resolution of Full HD, ensuring that images up to 120 inches are clear and crisp. 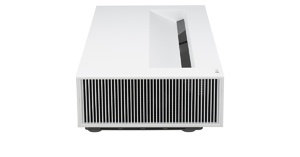 With the HU715Q’s revolutionary Ultra Short Throw, an 80-inch cinematic screen can be enjoyed by positioning the projector just 11.8cm away from the wall. The HU715Q may be put as close to the wall as 31.7cm for a maximum screen size of 120 inches.

The projector’s brightness is 2500 ANSI lumens, so viewers may enjoy true-color visuals even throughout the day. Without fully blocking out the outside light, these brighter and clearer visuals improve the movie-watching experience.

The projector also has Auto-Brightness and Adaptive Contrast features. The HU715Q’s Auto-Brightness feature regulates the brightness of the light source automatically based on the projected image and the surrounding environment. Users can now view photos with improved brightness and quality. When the Ambient Sensor at the bottom of the HU715Q is turned on, the sensor recognises the ambient light environment and sets the energy-saving level.

With a screen size of up to 120 inches, it provides an awe-inspiring viewing experience. The screen is larger than four normal 60-inch huge screens, allowing people to immerse themselves even further in the experience.

The projector also includes a built-in sound system with 20W+20W stereo speakers and Quad Woofers to complete the watching experience. To reduce vibration, four passive radiators are installed above and below the speaker. Two more wireless Bluetooth speakers can be connected to create a 4.2 channel sound system for a richer, more powerful movie sound experience. The addition of these two additional speakers to the strong 2.2 channel speaker will improve the surround sound experience when viewing movies.

Point Warping is also included for easy horizontal and vertical alignment. Users may ensure that the screen is viewed without distortion and in the exact proportions no matter what angle it is projected from by using these 15 points.

With OTT service, high device connectivity, and a 20,000-hour lifespan, the Cinebeam HU715Q allows you to watch a wider variety of content for longer. To watch content swiftly and comfortably, all that is required is an internet connection. LG’s proprietary Smart TV platform, webOS 6.0, is simple to set up and enables finding amazing entertainment on Netflix, Amazon Prime Video, Disney+, and YouTube easier than ever.

Users can connect the HU715Q to Airplay 2 and Screen Share to stream, mirror, control, and share content from their smartphones directly to the projector. The projector is compatible with Apple’s Home app, allowing users to operate it conveniently and securely from any Apple device. The Home app makes all of the connected gadgets in the home smarter for the consumer. Miracast is supported by the HU715Q, allowing Android users to wirelessly transfer information from their phone to the big screen.

The HU715Q has a 20,000-hour lifespan before requiring bulb or lamp replacement. Over the course of 28 years, this is the equivalent to two hours of everyday use.

LG’s all-new OLED Pro aids in the smooth operation of the most popular VFX and 3D animation applications, allowing for high resolution, detailed colours, and seamless VFX production. The OLED Pro’s superb HDR / SDR picture quality and calibration feature aid producers in maintaining the subtleties of their works. The OLED panel and 4K resolution allow producers to monitor their work more precisely. It features a 27-inch and 32 inches of 4K OLED screen with OLED Pixel Dimming and 1M: 1 Contrast Ratio. To give a larger variety of colour gamut, it uses the industry-standard DCI-P3 99 percent (Typ.) and Adobe RGB 99 percent (Typ.). True 10 bit is capable of expressing 1 billion colours without dithering, resulting in a smoother and higher-quality image. The 32/27EP950 supports professional colour modes such as BT2100, P3, PQ, and HLG, which span the entire HDR signal spectrum. 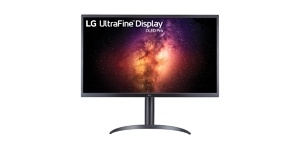 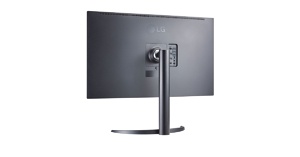 The Ultrafine Display OLED Pro Monitor is now available on Amazon for INR 1,99,999. The CineBeam HU715Q is available for pre-order on the online brand store for INR 3,96,000. Both the devices can be purchased through LG’s official website in the country.

Komila Singhhttp://www.gadgetbridge.com
Komila is one of the most spirited tech writers at Gadget Bridge. Always up for a new challenge, she is an expert at dissecting technology and getting to its core. She loves to tinker with new mobile phones, tablets and headphones.
Facebook
Twitter
WhatsApp
Linkedin
ReddIt
Email
Previous article
Amazon Quiz Answers Today 10 June 2022: Participate to win Rs 25,000 Amazon Pay Balance
Next article
Lenovo Tab P12 Pro and Yoga all-in-one desktop launched in India