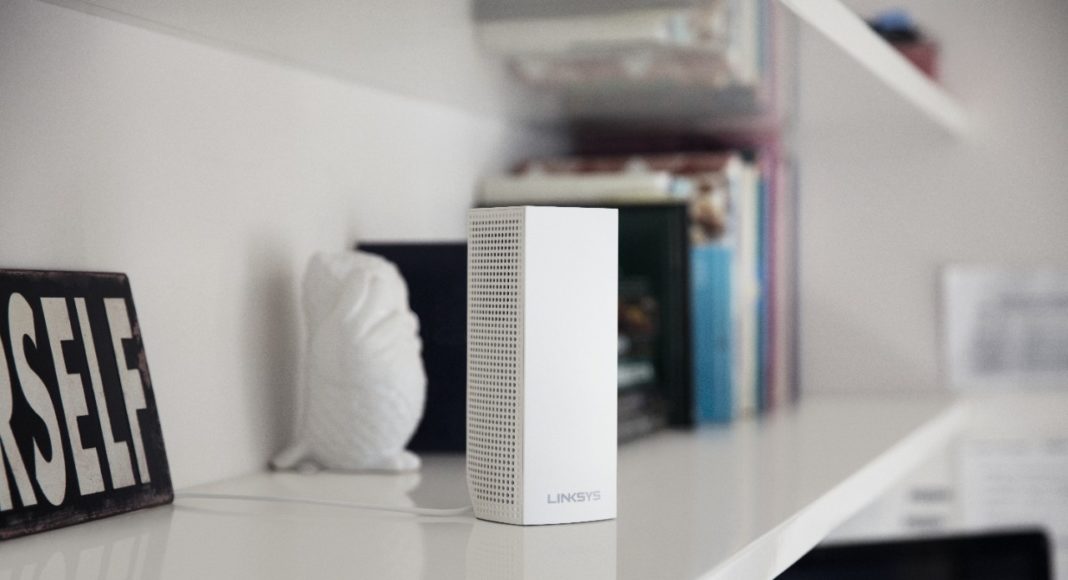 American data networking hardware products seller Linksys has launched its Velop Tri-band in India. The new device is a Tri-Band modular Wi-Fi system which can be installed in various mesh configurations. The Velop Tri-band provides a fast and reliable Wi-Fi network to the home network. Linksys has promised that the Velop is capable of giving good performance as well as it is elegant in built. Since the device has a compact size, it can be placed anywhere in the house. Linksys Velop Tri-band can be connected and controlled with Linksys app.

Linksys and Trend Micro have also partnered together to bring new security features to the users of the mesh-enabled Linksys Velop router. The software allows the users of the Velop Tri-band to block unwanted content. It also provides an additional layer of digital protection for all the devices connected with the Velop router.

All the variants of the Velop Tri-band can be purchased from Amazon India and Linksys Channel partners.

The software service can be subscribed at a price of Rs 419 per month and Rs 4,199 per annum.

Jenny Ng, General Manager of Linksys Asia said, “Linksys has always been pioneers in home networking and I knew this was the team that could innovate and deliver the ultimate WiFi experience. Velop is a union of performance, design, and ease-of-use and provides what everyone wants – seamless, reliable Wi-Fi. Linksys has set the bar for true mesh networking systems.”

Linksys Velop can be connected with the Linksys Smart Wi-Fi app through which the user can control the entire device. The Linksys Velop uses a Qualcomm’s 716 MHz quad-core ARM Cortex-A7 processor, three Wi-Fi radios (one 2.4 GHz and two 5.0 GHz) and two auto sensing LAN/WAN Gigabit ports. There is also a 512MB flash memory, 512MB DDR3 memory and a Bluetooth 4.0/LE radio. In addition to this, the Linksys Velop comes with six antennas and high-power amplifiers. Each node of the Linksys Velop has a Tri-Band AC 2×2 802.11ac Wave 2, and it comes with the MU-MIMO radio configuration with combined speed up to 2200 Mbps.

The Linksys Velop comes with True Modular Mesh Design which enables it to connect with each node to the Wi-Fi and wired Ethernet. The Dynamic Channel Selection of the Linksys Velop scans the available channels and select the best combination of bands and channels to give the best possible performance. As mentioned above, the Linksys Velop can be connected and controlled by the Linksys Smart Wi-Fi app that automatically identifies the nodes to be setup using Bluetooth and creates a secure connection between the mobile device and each node.

Other features of the Linksys Velop are Patented-Pending Spot Finder Technology, capable of maximizing the output and improving the range and signal strength. For increased security, the Linksys Velop supports one network name and password with one admin login, and one interface for management and monitoring. The Airtime Prioritization feature enables the faster devices to transmit data at faster speeds while the slower device will not slow down the speed of the Wi-Fi network. Being a smart device, the Linksys Velop is connected to a cloud service that will monitor the status of firmware of the device and it will update it accordingly for better security and performance

Aman Singhhttps://www.gadgetbridge.com/
Aman Kumar Singh has a Masters in Journalism and Mass Communication. He is a journalist, a photographer, a writer, a gamer, a movie addict and has a love for reading (everything). It’s his love of reading that has brought him knowledge in various fields including technology and gadgets. Talking about which, he loves to tweak and play with gadgets, new and old. And when he finds time, if he finds time, he can be seen playing video games or taking a new gadget for a test run.
Facebook
Twitter
WhatsApp
Linkedin
ReddIt
Email
Previous article
Asus ZenFone 6 with Snapdragon 855 SoC and 6GB RAM spotted on AnTuTu listing
Next article
Can’t see who sent you that message on WhatsApp via your smartphone’s notification bar? Here’s why