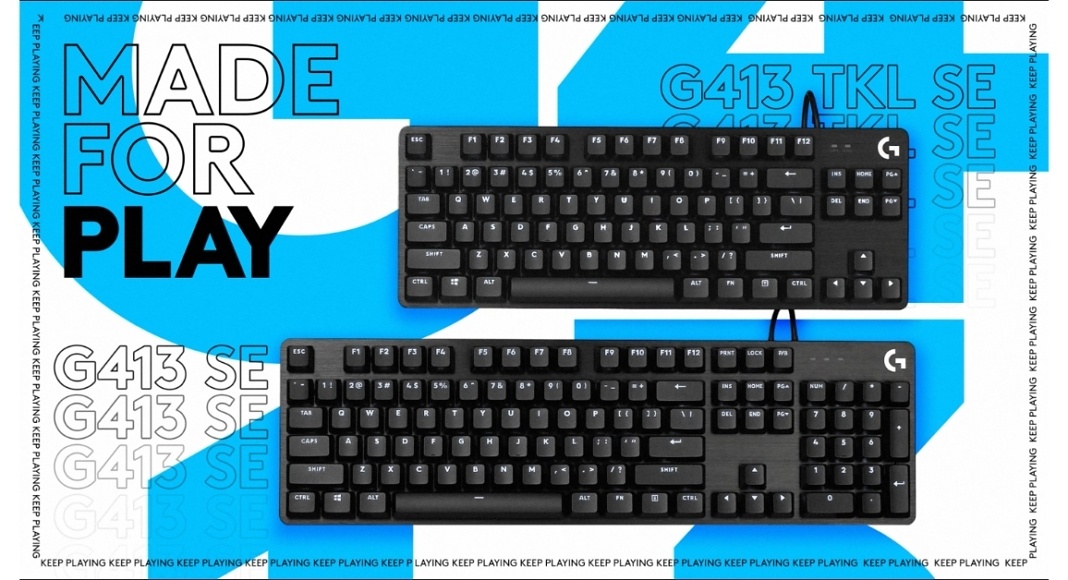 Logitech G has expanded its gaming product portfolio with the introduction of two new gaming keyboards in the Indian market. The company has announced Logitech G413 SE and Logitech G413 TKL SE Mechanical Gaming Keyboards. The keyboards feature a basic design and support LED lighting. These devices incorporate PBT keycaps which are believed to be long-lasting due to their design.

The Tactile Mechanical Switches included on the G413 SE Mechanical Gaming Keyboards provide gamers who desire immediate feedback with uncompromised performance. The keyboards also include PBT keycaps, which are among the most resilient PBT keycaps on the market thanks to their superior construction, durability over time, heat resistance, and wear resistance. The keyboard has a minimalist appearance combined with features that make it a must-have for gamers, like white LED lighting and a top case made of an aluminium-magnesium alloy with a black-brushed finish.

With the addition of the six-key rollover anti-ghosting performance, which enables multiple keys to be pressed simultaneously and all register at the same time to initiate a specific game move, the keyboards were also created to deliver reliable key input in comparison to other non-gaming mechanical keyboards.

Mr. Roopak Krishnan, Head of Marketing and Category, Logitech India said, “We spent a lot of time carefully designing keyboards that deliver advanced performance with just the right feature set. Made with strong, durable materials and high-performance features, these keyboards are an excellent option for gamers who want a mechanical keyboard at a great price.”

Komila Singhhttp://www.gadgetbridge.com
Komila is one of the most spirited tech writers at Gadget Bridge. Always up for a new challenge, she is an expert at dissecting technology and getting to its core. She loves to tinker with new mobile phones, tablets and headphones.
Facebook
Twitter
WhatsApp
Linkedin
ReddIt
Email
Previous article
How To Clear Cookies On iPhone (iOS 16)?
Next article
Garena Free Fire Redeem Codes Today 24 June 2022: Here is how to claim them