Made in China Realme C11 with MediaTek Helio G35 SoC launched in India: You can give it a miss

The device has been launched under the budget segment priced at Rs 7,499 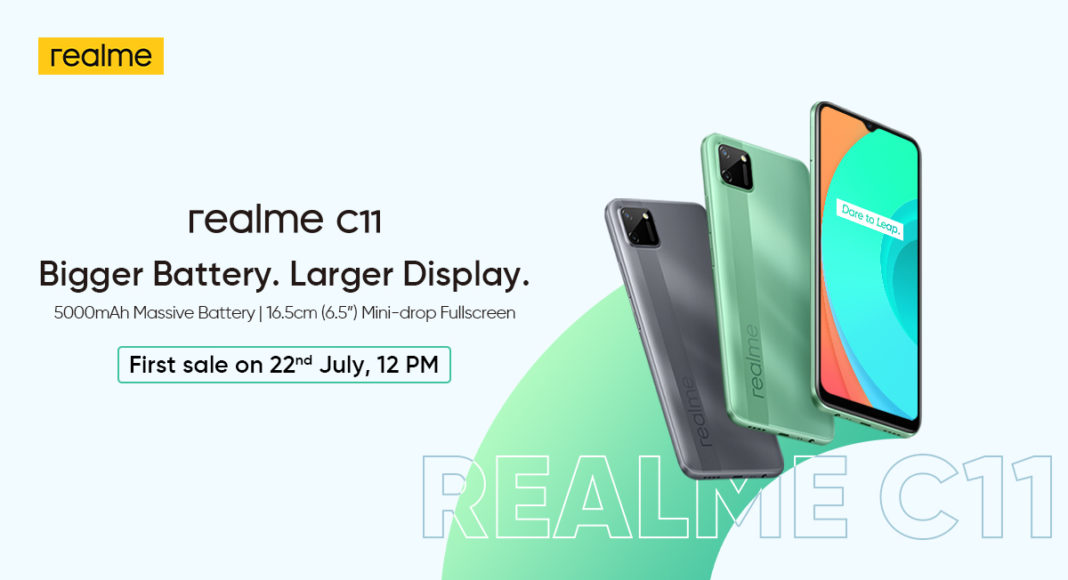 The Chinese smartphone company, Realme, launched its new budget phone in India. The company has introduced Realme C11 that comes with a 5,000mAh battery, dual rear camera setup and a water drop-style display.  Also, the device is powered by MediaTek Helio G35 SoC. Read on to know more about Realme C11 price and availability details and specs.

The Realme C11 has been launched in a single variant of 2GB of RAM with 32GB of storage. The price of the device has been set at Rs 7,499. It is scheduled to go on its first sale on July 22 at 12 noon onwards via e-commerce website Flipkart and Realme.com. The Realme’s budget-friendly smartphone will be available in two colour options of Rich Green and Rich Grey. According to the company, the handset will soon be available via offline partners also.

To recall Realme C11 was launched in Malaysia last month with a price tag of MYR 429 that translates to Rs 7,600 for the single 2GB of RAM and 32GB of storage. There it comes in Mint Green and Pepper Grey colour options.

Realme C11 runs on Realme UI skinned on top of Android 10. It comes with a 6.5-inch HD+ water drop style display with 720×1600 pixels of resolution along with a 20:9 aspect ratio and 88.7 percent screen-to-body ratio. Under the hood, there is an octa-core MediaTek Helio G35 SoC paired with 2GB of LPDDR4X RAM and 32GB of storage. The internal memory can be expanded up to 256GB using a microSD card.

The connectivity options on the phone include 4G LTE, Wi-Fi 802.11 b/g/n, Bluetooth v5.0, GPS/ A-GPS, Micro-USB, and a 3.5mm audio jack. In terms of the sensors, it has an accelerometer, ambient light, and proximity sensor. The device houses a 5,000mAh battery with reverse charging support.

Komila Singhhttp://www.gadgetbridge.com
Komila is one of the most spirited tech writers at Gadget Bridge. Always up for a new challenge, she is an expert at dissecting technology and getting to its core. She loves to tinker with new mobile phones, tablets and headphones.
Facebook
Twitter
WhatsApp
Linkedin
ReddIt
Email
Previous article
July 15 Amazon Quiz: Answer all the questions to win Apple iPhone XR
Next article
Airtel launched Verizon-owned BlueJeans in India to take on JioMeets: It still has a long way to go