HomeMobilesMeizu Zero was a marketing stunt and will not be mass produced:...

Meizu Zero was a marketing stunt and will not be mass produced: CEO Jack Wong 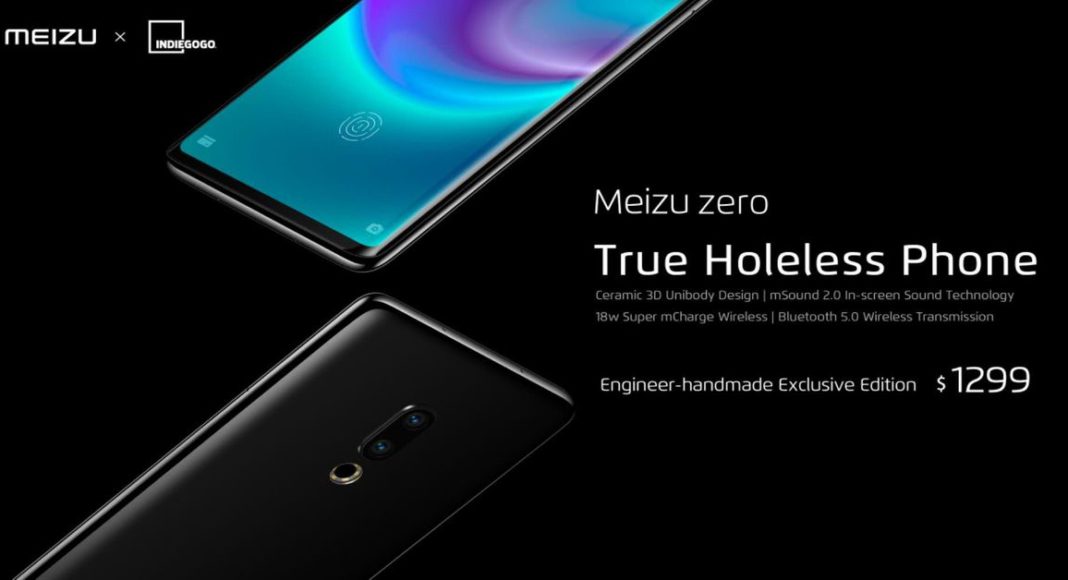 Meizu, a Chinese electronic company, made headlines last month when it announced the world’s first ‘holeless’ smartphone – Meizu Zero. Its highlight was its unique design, it had no physical buttons, no ports and no SIM-tray slot, which was unseen in the smartphones till now.

However, now Meizu’s CEO Jack Wong has said that the company’s Zero smartphone was just a ‘marketing gimmick’ and the Chinese electronics maker has no intentions of mass producing the handset in future.

Wong responded to a query on Meizu’s official forum saying,  “This crowdfunding project was just the marketing team messing about. The holeless phone is just a development project from the R&D department, we never intended to mass-produce this project.”

The CEO’s response about the smartphone was quite clear that it would not be mass-produced anytime soon and it still is a ‘development project’ that used as a marketing stunt.

However, we should point out that even though it was labelled as a ‘development project’, Meizu had given out specifications of the smartphone. According to the company, the Meizu Zero smartphone would be powered by Snapdragon 845 SoC and will have a 12MP rear camera coupled with a 20MP telephoto lens with LED flash. The front camera would have a 20MP sensor with Face Unlock support. The company was asking for $1,299 (approximately Rs 92,400) for the smartphone on Indiegogo, which is a lot of money for a concept phone.

It is also worth adding that Meizu failed to reach its target of $1,00,000 (approximately Rs 70,04,550) on Indiegogo. If the company would have hit their fixed funding goal and announced that they weren’t planning on mass-producing the Meizu Zero smartphone, it would have looked bad on the electronics maker’s part. If this indeed happened, users could have filed a complaint against Meizu and it would have been bad for the company image and name. Even though it was a marketing stunt, Meizu failed to deliver on their promise and for this, they might lose faith of its customers and fans.

Aman Singhhttps://www.gadgetbridge.com/
Aman Kumar Singh has a Masters in Journalism and Mass Communication. He is a journalist, a photographer, a writer, a gamer, a movie addict and has a love for reading (everything). It’s his love of reading that has brought him knowledge in various fields including technology and gadgets. Talking about which, he loves to tweak and play with gadgets, new and old. And when he finds time, if he finds time, he can be seen playing video games or taking a new gadget for a test run.
Facebook
Twitter
WhatsApp
Linkedin
ReddIt
Email
Previous articleFlipkart Women’s Day Sale begins: Discounts on iPhone XR, Asus Zenfone 5Z, Xiaomi Redmi Note 6 Pro, and others
Next articleGmail for Android gets Smart Compose feature: Here’s what it does