Micromax In 2b smartphone and Air Funk true wireless earbuds set to launch in India today: Here is what to expect

The smartphone will be available on Flipkart after launch. 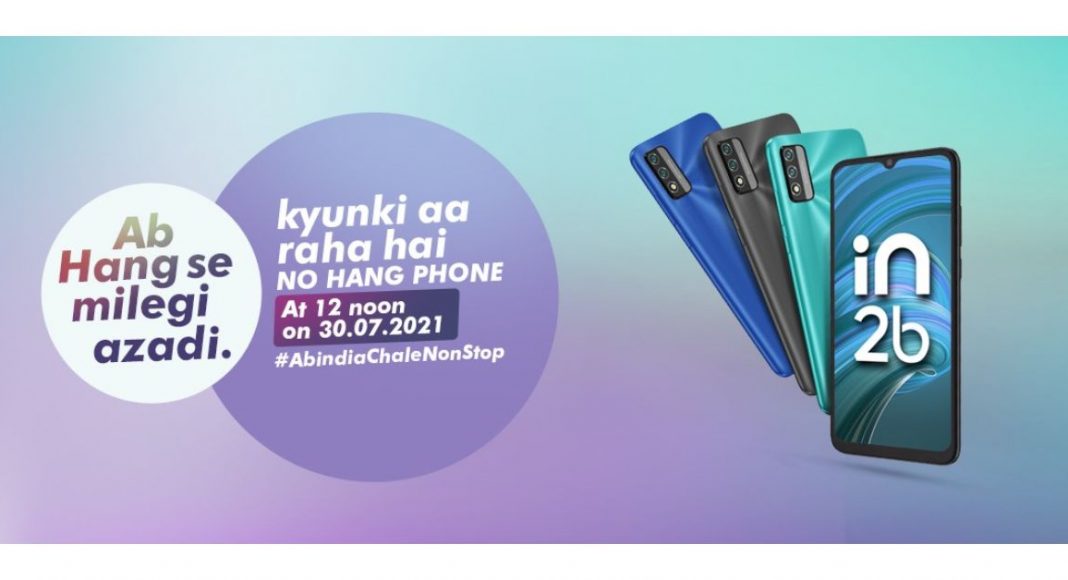 Micromax In 2b smartphone is all set to launch in India today. The homegrown phone manufacturer has been teasing its upcoming smartphone for quite a long time now. The device has also been listed on the Indian e-commerce website Flipkart ahead of the official launch to tease its availability. The design along with key specs of the latest Micromax handset has already been revealed through a teaser suggesting a waterdrop-style notch display,  gradient glossy finish on the back. It further includes a 5,000mAh battery, and dual rear cameras. Additionally, the company will also introduce TWS earphones namely Air Funk true wireless earbuds alongside the mobile phone.

Note that Micromax In 2b is the successor of Micromax In 1b which was launched in India in November last year. The new handset will launch in India today at 12 noon. The device will be made available through Flipkart and the company’s official website in the country. It will arrive in three colour options of Black, Blue, and Green.

Micromax In 2B is an entry-level phone. It is teased to come with a polycarbonate body and a glossy back finish, It will feature a waterdrop-style notch display and a thick chin at the bottom. Additionally, there will be a rear fingerprint sensor while the volume and power buttons are given on the right side of the frame. The phone is teased to be powered by an unnamed chipset and a Mali G52 GPU that is claimed to deliver 30 percent better graphics performance than its competition.

Furthermore, Micromax In 2b will pack a 5,000mAh battery which is said to deliver up to 160 hours of music playback, up to 20 hours of Web browsing, up to 15 hours of video streaming, and up to 50 hours of talk time.

Prior to the launch In 2b was also spotted on the Geekbench benchmarking website which revealed the device will equip an octa-core Unisoc SoC processor with a base frequency of 1.82GHz. As per the listing, it will be offered in 4GB RAM and will run Android 11 out of the box.

Alongside the smartphone, Micromax will also unveil its new lineup of  TWS earbuds- Micromax Air Funk true wireless earbuds. As the name suggests the upcoming wireless earphones will carry a funky design and colour options.

The official video teaser revealed there will be two variants with two different charging cases. One will carry a pebble-shaped design while the other one has a small rectangular casing. The teaser shows distinct colour options in pastel shades and some bright options too.

In terms of pricing Micromax In 2b is expected to be priced around Rs 10,000. On the other hand, the Air Funk Earbuds are likely to be priced at 2,000.

Komila Singhhttp://www.gadgetbridge.com
Komila is one of the most spirited tech writers at Gadget Bridge. Always up for a new challenge, she is an expert at dissecting technology and getting to its core. She loves to tinker with new mobile phones, tablets and headphones.
Facebook
Twitter
WhatsApp
Linkedin
ReddIt
Email
Previous article30 July 2021 Flipkart Daily Trivia Quiz Answers: Answer to win exciting prizes
Next articleMotorola Edge 20 Pro, Edge 20, Edge 20 Lite unveiled: Pricing and specification details