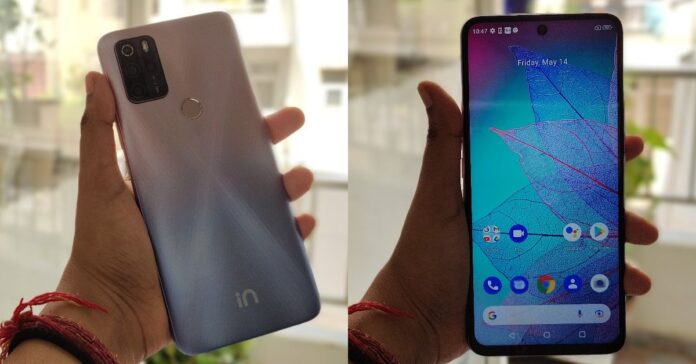 In 2020 Micromax re-entered the Indian market with the launch of two smartphones Micromax In Note 1 and Micromax In 1b. It should be noted that till the year 2012 the company was the Number 2 smartphone brand however, the home-grown company was wiped out as the Chinese companies were offering phones at affordable prices. Also, in 2020 Xiaomi and Realme dominated the budget segment despite being Chinese smartphone companies. So the homegrown company had to do something, something really quick as a result the first smartphone that Micromax brought out in 2021 is the Micromax In 1 in India and is being highly promoted as “India Ka Naya Blockbuster”. The device comes at a starting price of Rs 10,499. So in our review of Micromax In 1 we will be discussing whether or not it is worth spending that much.

So let’s begin with the design first. We found the design of the Micromax In 1 is acceptable and the same goes with the built quality as it comes with a plastic body as well as the frame. It features an X pattern on its rear with different hues that shines when light strikes it. 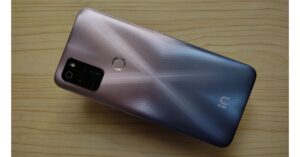 We have the Blue and Purple colour option however, you can go for a subtle gradient black option that also has an X pattern over its back. The best part about its rear panel is that it does not pick up fingerprints very easily and the texture on the rear panel offers a decent grip as well. Despite having a plastic build it does not scratch easily. Although it comes with a back cover, we were confident enough to skip the back cover on this phone. The buttons on the phone are well-positioned with power and volume buttons given on the right side of the frame, which could have been sturdier. On the left, there is a SIM and microSD card slot and a dedicated Google Assistant button. 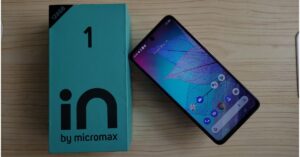 The camera lenses do not protrude as much either, which is great. It should also be noted that inexpensive phones these days offer good design and build quality. Ok, moving on to the display, the Micromax In 1 features a 6.67-inch full-HD+ display with 1,080x,2,400 pixels of resolution with a hole punch cut out. It offers a 20:9 aspect ratio, 91.4 percent screen-to-body ratio, and 400 nits peak brightness as well as slim bezels. The display also gets L1 Widevine support, which means you will be able to stream content at the screen’s full resolution on Netflix, Prime Video, and other OTT platforms. The colour reproduction, viewing angles and brightness levels are impressive. The display is bright enough to be used indoors as well as outdoors also the touch response is good.

On the performance side of things, the Micromax In 1 is powered by 12nm based octa-core MediaTek Helio G80 SoC with up to 6GB of RAM and up to 128GB of storage. The storage can also be expandable up to 256GB through a dedicated MicroSD card slot. The games on it are playable on medium settings such as Asphalt and COD.  There was no noticeable lag or frame drop under these settings. However, if you are looking for a hardcore gaming-centric device you can look somewhere else because this phone is dedicated to casual gaming only. Also after continuous gaming, the plastic does get warm slightly but that is not much of an issue. 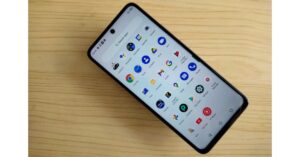 On the software front, the Micromax In 1 runs Android 10 out of the box. In addition to this, the device will get updates with a monthly security patch for two years which is great. Similar to Motorola smartphones here you get a stock Android experience. The device is bloatware-free and you would not get those annoying advertisements. The mobile ships with both, a rear-mounted fingerprint scanner and face unlock for security. In the past, we have tested a lot of smartphones with a rear-mounted fingerprint scanner, but this one is so swift to unlock the phone that you are going to love it.  The same goes with the face unlock which is equally instant so no issues with the biometrics. 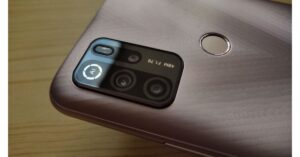 Ok, let’s move on to the cameras now, in the Micromax In 1 there is a  triple rear camera setup that includes a 48-megapixel primary sensor with an f/1.79 aperture, a 2-megapixel depth sensor and another 2-megapixel macro lens. On the front, there is an 8-megapixel selfie camera housed inside a hole-punch cut-out. Frankly speaking apart from the primary lens the remaining depth and the macro sensors are not desirable. The 48-megapixel primary sensor is quite impressive. In daylight, it delivers really nice images. As you can see it offers a good amount of details and balanced exposure. Whereas the colours are close to natural and accurate. Talking about the camera UI there is a separate option for HDR rather than an auto HDR mode, which is disappointing. The Pro mode offers a variety of options, but one thing we liked is that it also includes RAW camera support which is a really good addition.

On the other hand, the 8-megapixel front-facing camera gets details and skin tone right. In terms of videos, the rear and the front cameras offer video recording up to [email protected] from which you can’t expect anything extraordinary. All in all the camera performance of this phone is average.

The Micromax In 1 is fuelled by a 5,000mAh battery and its endurance is pretty good. It easily gives a day’s and more battery life when used extensively. While most of the budget phones are restricted to 10 watts charging only, it comes with an 18W fast charging support. The whole charging process takes about two and a half hours to fully charge the smartphone from zero to one hundred per cent. 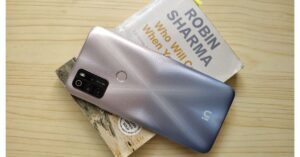 So let’s wrap it. Truth to be told, everything on the Micromax In 1 is decent. The battery performance is great, which lasts quite a long time. What’s more, is that the 18W charger comes included in the phone box. The device is nice to hold though it has a plastic built and the silicon case also comes included in the box. Also, we did notice that the phone heats up while it is put on change or when the camera app is open, which is kind of weird. All in all, just like other budget smartphones, the Micromax In 1 is a decent entry into the market.

- Advertisment -
Micromax In 1 Review: A good budget smartphone In 2020 Micromax re-entered the Indian market with the launch of two smartphones Micromax In Note 1 and Micromax In 1b. It should be noted that till the year 2012 the company was the Number 2 smartphone brand however, the home-grown company was wiped...