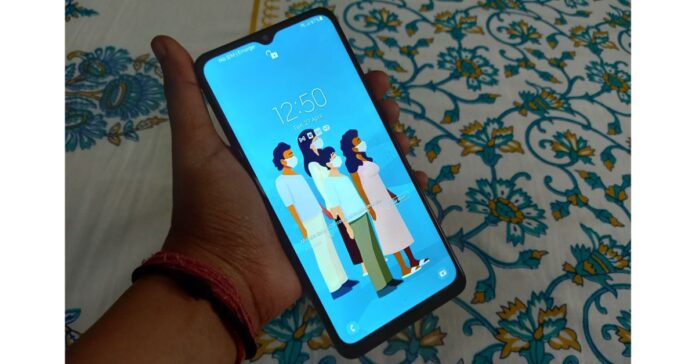 The recently launched Samsung Galaxy M12 is the successor of Galaxy M11 that was launched in India last year. The device comes with a massive 6,000mAh battery, waterdrop-style display and a quad rear camera set up. With all these features today we will talk about its pros and cons as it has arrived with some improvements over its predecessor. So let’s find out how well it performed in our Samsung Galaxy M12 review.

Let’s start first with the built quality and the design of the Samsung Galaxy M12. If you look at the rear of the phone it has a new textured finish while the bottom area features a smooth finish, which looks refreshing and feels good too. The best part about this design is that it does not attract smudges or fingerprints and feels great while holding. The weight of the phone is 221g that feels bulky when you hold it but considering it houses a massive 6,000mAh battery, it is ok. Also, the mobile phone is 9.7mm thick and because of its thickness, the camera bump is less visible, which is also good as it does not wobble when it lays flat on the surface. 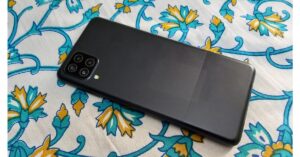 If we compare it to the design of M11, with the latest version, instead of a rear fingerprint sensor it now sports a side-mounted one. Honestly, we recently reviewed the Galaxy A32, which comes with an under-display sensor that either took a long time to open or too many failed attempts, however, it is refreshing to seeM12 side sensor unlocks the device much faster. Just above the power/fingerprint scanner is the volume rocker, which again is well placed. On the left frame is the sim tray and the headphone jack, USB Type C port with a single firing speaker grill is given at the bottom. 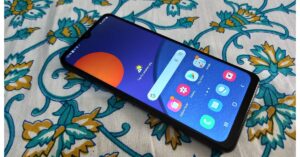 Moving on to the display, where you get a 6.5-inch HD+ TFT Infinity-V Display. The screen offers 720×1,600 pixels of resolution and a 20:9 aspect ratio. The best part about the display is that it supports a 90Hz refresh rate. But we would have loved it more if Samsung would have gone for an FHD display or an AMOLED one. However, the viewing angles are decent. The screen is smooth and is bright enough to look at in direct sunlight also. The screen is WIDEVINE L1 certified, which makes HD video streaming pleasurable.  Overall, the display looks pretty sharp but the colours could have been better. 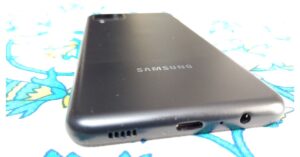 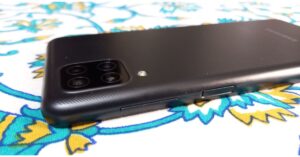 Talking about the internals, Samsung Galaxy M12 is powered by the Exynos 850 SoC based on an 8nm process. The review unit we have tested is the 6GB RAM with a 128GB storage version. It can handle day to day stuff and multitasking just fine. To compensate Samsung has provided the 90Hz refresh rate panel along with the One UI Core OS. This phone is only meant for casual gaming. We played Call of Duty on medium graphics and at High frame rate settings in which we experienced a few stutters now and then. So for heavy gamers, this device is not recommended for you. 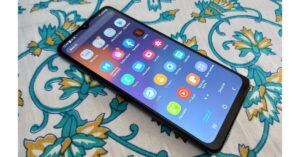 Samsung here provides Android-based One UI 3.1 but that is also a core version instead of a full version of One UI. The biggest drawback of the core version is that here you don’t get a secure folder, Knox security and more. The UI feels clean, although the phone does come with some apps pre-installed such as Amazon, Netflix, PhonePe and Snapchat. But these can also be uninstalled. 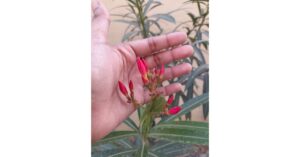 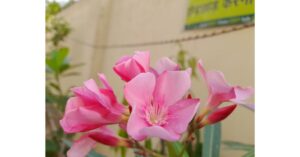 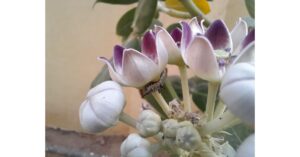 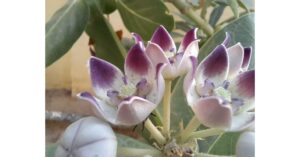 M12 produces beautiful shots in a well-lit environment. The pictures have good details, are sharp, and the colours are close to natural. As there is a 5-megapixel wide-angle lens so don’t expect detailed and sharp images however it offers a 123-degree field of view which is quite good. While the portrait images are impressive and edge detection is on point, also colours look natural. On the other hand, we were a bit not ecstatic about the macro shots, it just gets the work done. 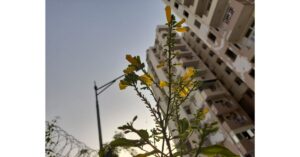 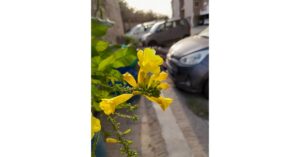 In terms of selfies, if there is ample lighting the subject’s details, skin tone, exposure everything is on point but in low light, the camera sensor struggles to produce well-lit-like images. Also, there is no dedicated night mode. So when it comes to night time images from the front and the rear cameras, performance slightly dips and is not great. As you would see if the images are taken in a low lit environment the images are grainy and lack details. Video recording on the other hand is just average as there is no stabilisation on the front as well as on the rear camera set up.

So considering the price point, we are quite satisfied with the camera performance.

Before we conclude let’s talk about the battery performance. The Samsung Galaxy M12 comes with a 6,000mAh battery. Even on heavy usage and multiple hours of gaming, it was able to deliver a day more hours of battery life. However, the average users can stretch it to two or more days. But when it comes to charging, the company ships a 15W fast charger that easily takes 3 hours to get fully charged.

So in the end we would say Samsung Galaxy M12 is a decent performer and would not disappoint you at all as it comes with a 90Hz panel, a 6,000mAh battery, good performing cameras and Android 11 out of the box. So we would actually recommend you this phone if you are looking for a good sturdy budget phone.

- Advertisment -
Samsung Galaxy M12 Review: A sturdy budget smartphoneThe recently launched Samsung Galaxy M12 is the successor of Galaxy M11 that was launched in India last year. The device comes with a massive 6,000mAh battery, waterdrop-style display and a quad rear camera set up. With all these features today we will talk...