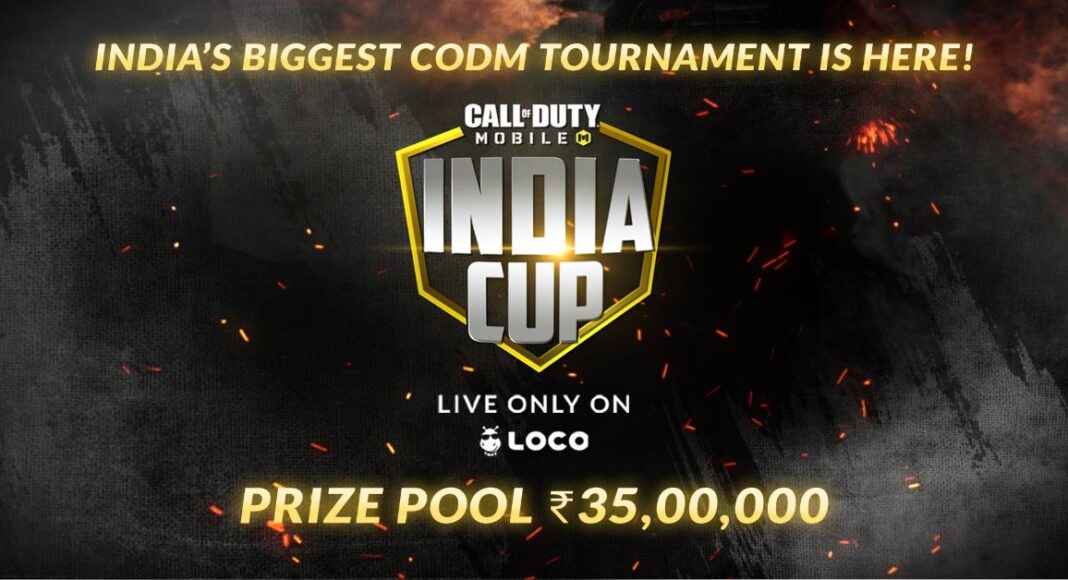 As the esports industry in India has begun flourishing most of the game developers and big brands are diving into the Esports Industry in India. The viewership and gamer base since 2018 has also now doubled up which is creating a profit-making opportunity for brands to communicate with their target customer. In addition to this, the coronavirus pandemic has served as the biggest contributor to the year-on-year growth in the esports industry. In a new development India’s leading esports and game streaming platform, Loco today announced its partnership with video game publishing giant – Activision Blizzard for its upcoming Call of Duty Mobile tournament.

Speaking about the tournament, Anirudh Pandita Founder, Pocket Aces, said, “We are thrilled to partner with a leading game publisher such as Activision Blizzard and to host a tournament of this magnitude and scale. Call of Duty is a legendary title and we are really excited to build the Call of Duty Mobile eSports ecosystem in the country from the ground up. The Call of Duty Mobile India Cup is the first step in the formation of this ecosystem and will help cement India’s position on the global esports map. We are elated to have magnificent teams like Team IND, and Team Mayhem on board with us and in a country where esports is growing at an unprecedented rate, this is just the beginning of a journey to many more milestones.”

The registration for the event has now begun that will allow teams from across the country to sign up and compete against each other in 5v5 matches in an open qualifier format. The Call Of Duty Mobile India Cup Open will be hosted from January 2 to January 24 and there will be a total prize pool of Rs 10 lakhs, of which 5 lakhs will be awarded to the team achieving the first position while the remaining prize money will be distributed amongst teams between second and eighth position.

And to level up the excitement and intensity team, Mayhem and Team IND are among the top illustrious teams that have been invited for the Call of Duty Mobile India Cup Pro. A total of Rs 25 Lakhs is the declared prize pool for this tournament of which the team at the first position will receive Rs 10 Lakhs, followed by Rs 5 Lakhs and Rs 3 Lakhs to the 2nd and 3rd position respectively. While the rest of the prize pool will be shared amongst the teams between 4th and 8th position.

As we said e registration has now opened and it will close after the enrolment of the first 2048 teams or on 4th January 2021. To register click here.

Komila Singhhttp://www.gadgetbridge.com
Komila is one of the most spirited tech writers at Gadget Bridge. Always up for a new challenge, she is an expert at dissecting technology and getting to its core. She loves to tinker with new mobile phones, tablets and headphones.
Facebook
Twitter
WhatsApp
Linkedin
ReddIt
Email
Previous articleGarena announced a crossover event between Free Fire and One Punch Man
Next articleDecember 22 Flipkart Daily Trivia Quiz Answers: Answer to win exciting prizes