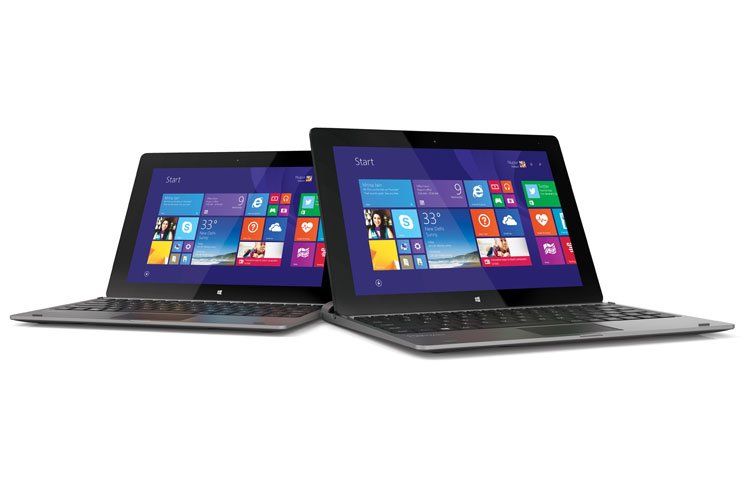 This was the most logical step for a company like Micromax to head into. They have forayed into two in one categories of laptops. The company has launched Laptab, which is basically a tablet that can be put over a full QWERTY physical keyboard making it look like a laptop.

The concept is not new and has been tried out by many multi-national companies in the past. However, what the other companies could not provide and Micromax did is value for money. They nailed the pricing and have managed to keep the price under 15K (Rs 14,999 to be exact).

Microsoft Windows 8.1 makes an appearance on Micromax Laptab and users get the option to upgrade to Windows 10 for free (once it is released). Microsoft Office 365 also comes bundled in the package. On the other side, weight is on the higher side. With these machines one wants extreme portability. Micromax Laptab weighs 1.1 Kg, which is definitely bulky.

Commenting on the launch Mr. Vineet Taneja, CEO, Micromax Informatics Limited, said, “At Micromax, we have always believed in bringing the best in class and innovative devices to the consumers and have always aimed to bridge the gap between actual consumer device requirement and available device offering and hence, the Laptab promises to bridge the same at a very consumer friendly price point. Today’s launch marks our entry into the PC segment, where we intend to drive category growth and not only garner an available market share. We believe that our vision complements the initiatives for Digital India, and we will be launching a range of exciting products over the next few months in the category.”

Micromax Laptab also has 2 MP fixed focus front and rear cameras. To store and download files to, the company has also given it 32GB internal memory. For connectivity Micromax Laptab has Wi-Fi, Bluetooth and a SIM slot for 2G/3G data streaming. Laptab will start its sales in India by May 6 exclusively on Amazon.in. Overall, the device seems like decent buy, but will it be successful (unlike many others)? Only time will tell.

Sulabh Purihttp://www.gadgetbridge.com
Sulabh Puri is the Editor In Chief of GadgetBridge.com. A content specialist, he started his career young and it has been a rewarding 15 years for him. Before heading Gadget Bridge, he was the Editor of Times of India (TOI) Technology and GadgetsNow.com. He has also led TOI’s international edit arm as the Editorial Head of Business Insider India and Tech Radar India. He has also worked with various media houses such as the India Today Group and Cybermedia. He loves everything ‘gadgety’ and enjoys tinkering with new tech toys and automobiles. A graduate in commerce from Delhi University, he is also an adept graphic designer. When he is not working, he can be found in the kitchen, cooking mouth-watering chocolate cakes and croissants.
Facebook
Twitter
WhatsApp
Linkedin
ReddIt
Email
Previous articleMicrosoft launches Lumia 430 in India for Rs 5,299
Next article5 Android games to play this weekend