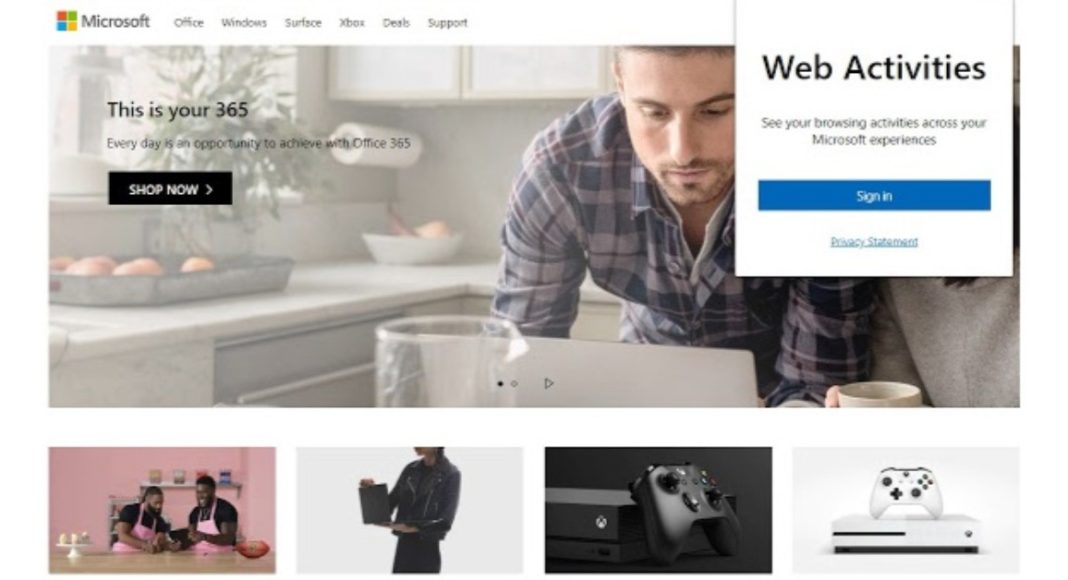 Software giant Microsoft launched its Windows 10 Timeline feature a year back and it became a much-talked-about one thanks to its ability to let users sync browsing and app history between Windows 10, iOS and Android devices. However, the only downside to it was that it was limited to Microsoft’s Edge browser, where it could be found on the browsing history side.

But now, the company has rolled out its own official Chrome extension for Windows Timeline. The extension is called as Web Activities, and lets users sync and show their Chrome browser history across Windows 10 devices. This means that you have a built-in Timeline viewer at your disposal.

However, we should point out that this means that a copy of your browsing history will be sent to the software giant’s servers, and some may feel that by doing this, the company is compromising on their privacy. We should also mention that Google also syncs browsing history between Chrome sessions and this also includes tabs that users have viewed on other devices.

The feature that has been rolled out by Microsoft simplifies this by building it directly into the Task View feature of Windows 10. So, this can be accessed any time via the taskbar.

It is worth noticing that as of now, Microsoft has not launched the Firefox version of the Timeline extension, however, unofficially Chrome and Firefox extensions have been available for a good six months now. If you wish to download Microsoft’s new Chrome TimeLine extension, you can head to the Chrome Web Store.

To recall, last month Microsoft had announced that it will be ending support for its Windows 10 Mobile platform. The company further asked its existing users to either move to Android or iOS. The software giant also published an ‘End of Support’ page, in which it has specified that security updates will stop getting rolled out to the Windows 10 Mobile platform post-December 2019. So, the company has given users a lot of time to switch to another operating system.

On its ‘End of Support’ page, the company wrote, “With the Windows 10 Mobile OS end of support, we recommend that customers move to a supported Android or iOS device. Microsoft’s mission statement to empower every person and every organisation on the planet to achieve more compels us to support our Mobile apps on those platforms and devices.”

Gadget Bridge Bureauhttp://gadgetbridge.com
Facebook
Twitter
WhatsApp
Linkedin
ReddIt
Email
Previous article
Duracell launches Duracell Ultra: A battery that can last longer than before
Next article
PUBG Mobile to come up with a ‘solution’ for addiction among Indian youth