The new Cortana app has been designed to be more conversational.

Software giant Microsoft is changing the way Cortana works in Windows 10. A report had surfaced online last week that said that the digital assistant will no longer be a part of the Xbox One. Now, the company has started testing a new chat-based UI or Cortana on its Windows 10 PCs. The new beta app, which was initially spotted last month, has now been made available by Microsoft to testers. It is worth mentioning that the new app has support for text and voice queries.

We should mention that the new Cortana app has been designed to be more conversational with users and this is a big part of Microsoft’s new focus for the digital assistant. The software giant is also separating the Cortana away from the built-in Windows 10 search experience. Instead, it focusses on business users in the process. The new Microsoft Cortana app for Windows 10 comes with support for a number of exciting features like queries, assistant conversations, opening apps and managing lists. It also lets people set reminders and alarms.

Speaking about the new Cortana app for Windows 10, Dona Sarkar, Microsoft’s Windows Insider chief said, “Not all the features from the previous Cortana experience are available just yet. As a Beta, we plan to add more features over time with updates to Cortana from the Microsoft Store.”

In case you want to try out the new Cortana app, it is available in the latest Fast Ring preview of Windows 10 and it comes with the build number 18945. The company has said that the digital assistant app will be rolled out to all Windows 10 users in the first half of 2020. 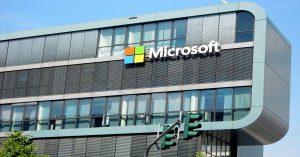 The software giant has also tweaked Cortana so that “Hey, Cortana” can become less intrusive. We should also point out that the assistant now also offers support for both light and dark themes on Windows 10. The performance of the digital assistant should also be “slightly improved” with the new speech and language models that have been added by Microsoft.

It is also worth adding that along with changes in Cortana, Windows 10 test build will also come with improvements in the Windows Subsystem for Linux (WSL). This will enable users to connect to WSL 2 Linux networking applications that use localhost. So basically, with this, the developers will be able to host servers and access them using a browser locally.