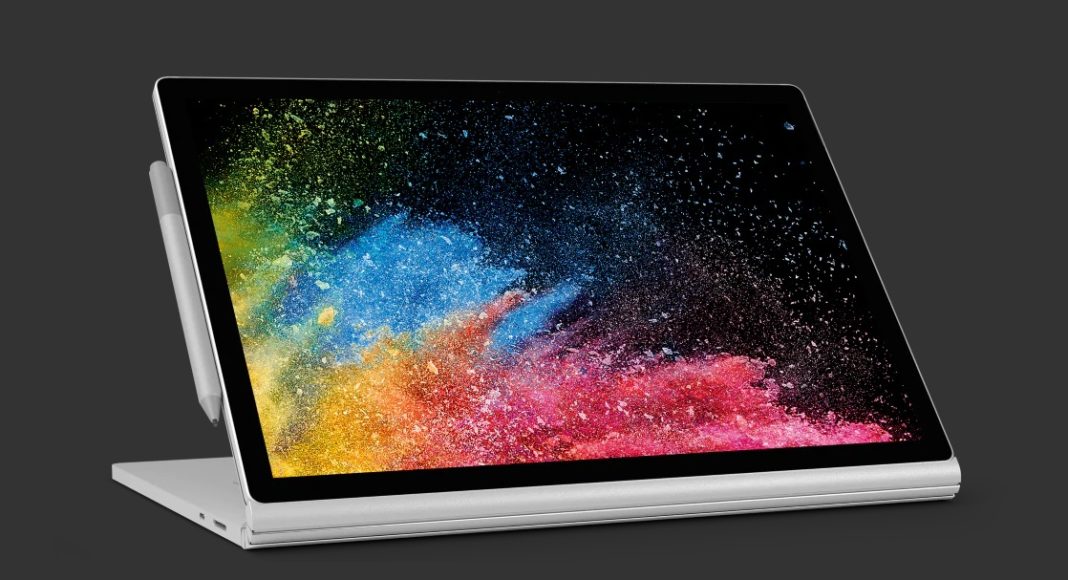 Software giant Microsoft has quietly unveiled a refreshed version of its Surface Book 2 base model today. The company has introduced its 13-inch Surface Book 2 model with Intel’s latest 8th generation i5 processor. In addition to this, it is also keeping the existing model with a dual-core 7th generation model, which can now be picked up at a discounted price of $1,299. On the other hand, the newly launched model bears a price tag of $1,499.

It is worth noticing that Microsoft’s new Surface Book 2 model comes with an i5-8350U which, according to the company increases the processor’s boost clock speed up to 3.6GHz.

Furthermore, the newly launched device will come with 8GB of RAM and 256GB of onboard storage. We should mention that the new processor that is being used in the device is the only prominent change in the device that will give a boost to its performance.

To recall, the performance of Surface Pro 6 models with quad-core processors was a massive improvement as compared to its previous models that come with dual-core chips. It is also worth adding that today’s announcement by the software giant doesn’t come as a surprise as there were prior reports that speculated that Microsoft is planning to launch a refreshed model of the Surface Book 2.

We should also mention that the company will be holding an event in New York City on April 17. At the event, it is being speculated that the software giant is all set to disclose the pricing and availability of the Surface Hub 2. It has also been reported that Microsoft’s work-focussed event will include Steelcase, which is the same company that the software giant had partnered with for Surface-powered office of the future.

Microsoft has already sent out invites for the event that read, “Microsoft & Steelcase invite you to experience new ways to work better, together.”

This also means that the company may be all set to launch its Surface Hub 2S at the event, or at least showcase a detailed plan about it.

Last year, Microsoft gave us a first look at the Surface Hub 2 and the company also promised to launch the next model of Surface Hub in Q2 2019. With the invite, we can conclude that the company is keeping its promise.

Till now, it has been reported that Microsoft’s 50-inch display will be able to work with removable hardware cartridges and it will enable users to keep their devices upgraded in future. Other than this, the software giant also plans to deliver a Surface Hub 2X cartridge next year. The cartridge will reportedly come with the ability to rotate the device.