The app, which is available for download on Google Play Store for free, has a more than 4.5 rating. 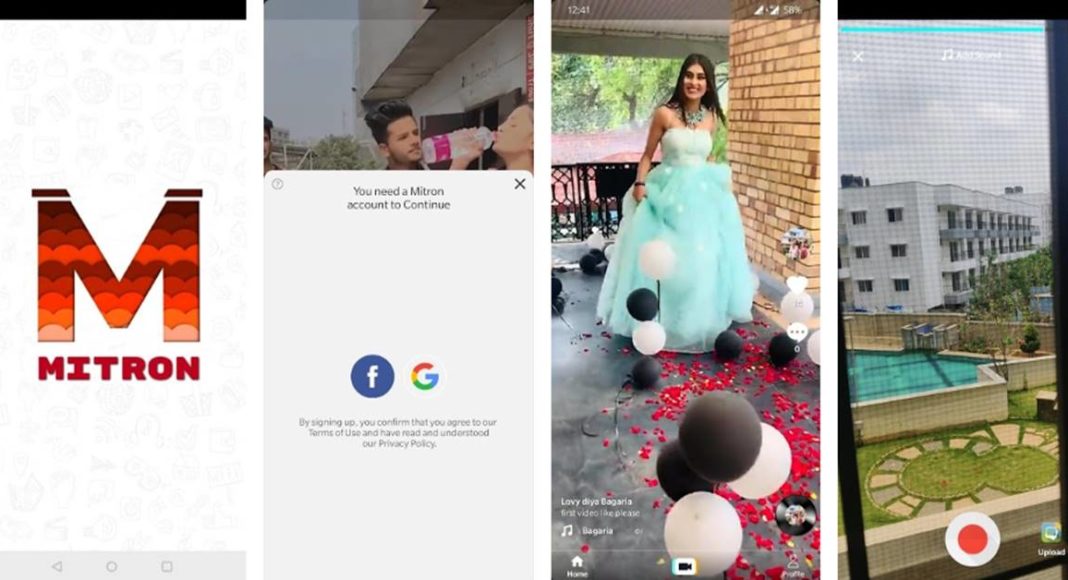 With several social media users vying for a ban on TikTok after a much-dramatic war between TikTokers and YouTubers on Internet, an IITian Shivank Agarwal used the opportunity to announce Mitron app that is being dubbed as an Indian version of TikTok. The app has crossed 5 million downloads so far with a more than 4.5 rating.

Mitron app, which is a free short video and social platform, has been designed for people to showcase their innovative videos showcasing light humour. “Mitron provides an easy and seamless interface for users to create, edit and share their videos, and at the same time browse through a library of top videos across the globe,” as per the app details on Google Play Store.

The details further revealed that the Mitron app makers claimed that there aim is to create a platform where people can come and entertain themselves with small videos posted by the users across the globe, and at the same time, they could share and create their own videos as well.

Mitron app, which is available for download on Google Play Store, doesn’t support devices running operating system less than Android 5.0 version is 7.9 MB in size. The details on Google Play Store further notified that the app is offered and developed by Mitron TV.

If you are wondering to use the Mitron app, well it’s quite simple to understand. Once you will download the app via Google Play Store, Mitron app will ask you to click on “Allow Permission” button placed at the bottom of the page to use the application perfectly. Then, a pop-up window will ask you to “Allow Mitron to access photos, media and files on your devices?” With the go ahead, you will be headed to page showcasing “Latest”, “Popular”, “Subscription”, “Categories”, “Favourites” and “Downloads” button placed at the bottom. However, the top left corner will help you login in to your account.

Once a user signs-in, they can upload a video or an image by click on the video icon placed at the bottom right of the main page of Mitron app. The app users can even sign-in via Facebook. The published video or image will be shown on your profile just like it appears on TikTok.

Do let us know your views about this Indian version of TikTok in comments section below.