As of now, the Moto E6 smartphone is only available in the US. 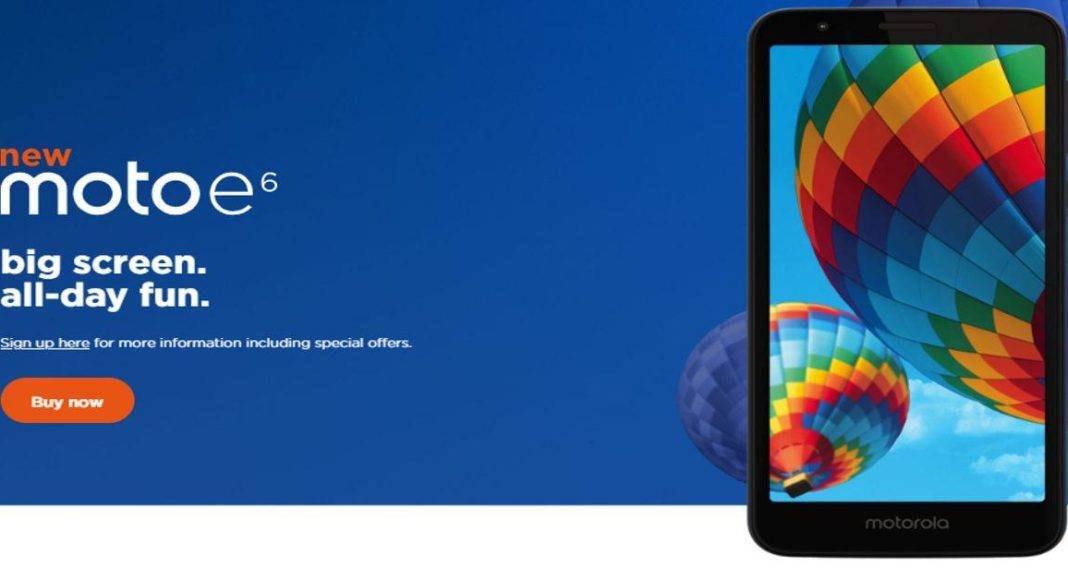 Lenovo-owned Motorola has announced the successor of Motorola E5 smartphone that was launched in 2018. Dubbed Moto E6, the newly-launched handset comes with a number of upgraded features over its predecessor. Initially, the device has been launched by Motorola in the United States and it has been priced below $150. On conversion, this becomes approximately Rs 10,000. Here’s a look at the specifications and other details of the Moto E6 smartphone:

Moto E6 smartphone packs entry-level specifications and comes with a 5.5-inch HD+ display with a 720*1520-pixel resolution and an aspect ratio of 18:9. The newly-launched handset is powered by an octa-core Qualcomm Snapdragon 430 SoC clubbed with Adreno 505 GPU and is available in two storage variants. While the base variant of Moto E6 has 2GB of RAM and 16GB of internal storage, the higher-end model has 3GB of RAM and 32GB of onboard storage. The handset will also be able to hold a microSD card in case the user needs more storage.

Moto E6 smartphone will be available in single SIM and dual SIM options and it houses a 3,000mAh removable battery that does not have support for fast charging. The company has also claimed that Moto E6 comes with P2i nano-coating, which means that it has a water-repellent body. We should mention that this does not mean that it has IP certification for water and dust resistance, it should be able to survive rain and minor spillages.

On the imaging front, Moto E6 comes with a 13MP primary sensor that has an f/2.0 aperture and comes with support for PDAF and HDR. The company has also said that the smartphone is capable of recording 1080p 30fps videos. For lowly lit situations, the device has an LED flash. On the front, there is a 5MP fixed focus camera with an f/2.0 aperture that can be used for selfies and video calls. 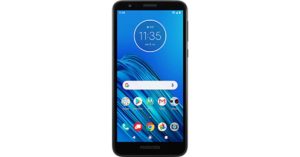 As of now, Motorola has only announced the Moto E6 for the US market and there, it has gone on sale via Verizon. The handset will also be made available via T-Mobile, Metro by T-Mobile, Boost Mobile, U.S. Cellular, Xfinity Mobile and Consumer Cellular.

Avani Baggahttp://www.gadgetbridge.com
Avani has an immense love for reading, travelling and food, but not necessarily in the same order. Avani almost started pursuing law, but life had other (better) plans for her and she chose to be a writer instead (luckily!) She previously covered technology at Times Internet and wrote about smartphones, mobile apps and tech startups. When she’s not writing, you’ll be able to find her in book stores or catching up on her social life.
Facebook
Twitter
WhatsApp
Linkedin
ReddIt
Email
Previous articleVivo S1 price in India, variants leak ahead of launch
Next articleAll three variants of the 2020 iPhones will have 5G support: Report