The device is said to arrive in India in the coming weeks. 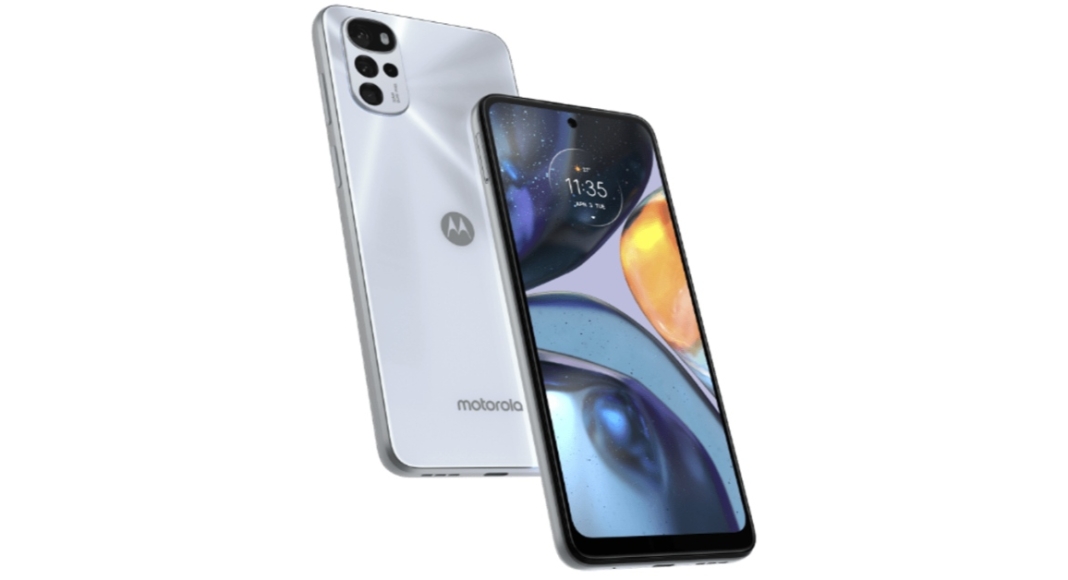 Chinese smartphone company Motorola has launched a new smartphone in the market. The company has introduced a new budget phone- Moto G22 in Europe. The device comes with an HD+ MaxVision LCD Display offering a refresh rate of 90Hz. In addition to this, there is a quad-camera set-up consisting of a 50MP primary sensor. The smartphone is powered by a MediaTek Helio G37 SoC and houses a 5,000mAh battery.

Moto G22 budget smartphone has been released in Europe but as per Motorola, the device will be launched in India, Asia, Latin America, and the Middle East in the coming weeks. As of now, it is priced at EUR 169.99 which translates to Rs 14,270 for the single 4GB RAM with 64GB storage option. The handset will be offered in three colour options of Cosmic Black, Iceberg Blue, and Pearl White. 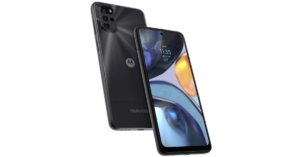 Moto G22 has a 6.5-inch HD+ MaxVision LCD display with 720×1,600 pixels of resolution. The screen has an aspect ratio of 20:9, a pixel density of 268ppi and supports a refresh rate of 90Hz. The budget handset runs on Android 12 with the MyUX skin on top. The phone is powered by an octa-core MediaTek Helio G37 SoC paired with PowerVR GE8320 GPU. In addition to this, the Motorola phone will be available in a single 4GB of RAM with 64GB of internal storage option. The storage can be expanded with a microSD card to up to 1TB.

In addition to this, there is a side-mounted fingerprint sensor, facial recognition along with proximity sensor, ambient light sensor, accelerometer, gyroscope, e-compass, GPS, A-GPS, LTEPP, SUPL, Glonass, and Galileo. In terms of connectivity, there is 4G LTE, dual-band Wi-Fi with 802.11a/b/g/n/ac, Bluetooth v5, NFC, USB Type C, and a 3.5mm headphone jack.

The new Moto G22 comes with a 5,000mAh battery that supports 15W fast charging(10W charger included in the retail box)

Komila Singhhttp://www.gadgetbridge.com
Komila is one of the most spirited tech writers at Gadget Bridge. Always up for a new challenge, she is an expert at dissecting technology and getting to its core. She loves to tinker with new mobile phones, tablets and headphones.
Facebook
Twitter
WhatsApp
Linkedin
ReddIt
Email
Previous article
Samsung to launch Galaxy F23 5G in India on March 8, got listed on Flipkart
Next article
WhatsApp is working on a new Community Tab, also allowing users to pause and resume voice recordings