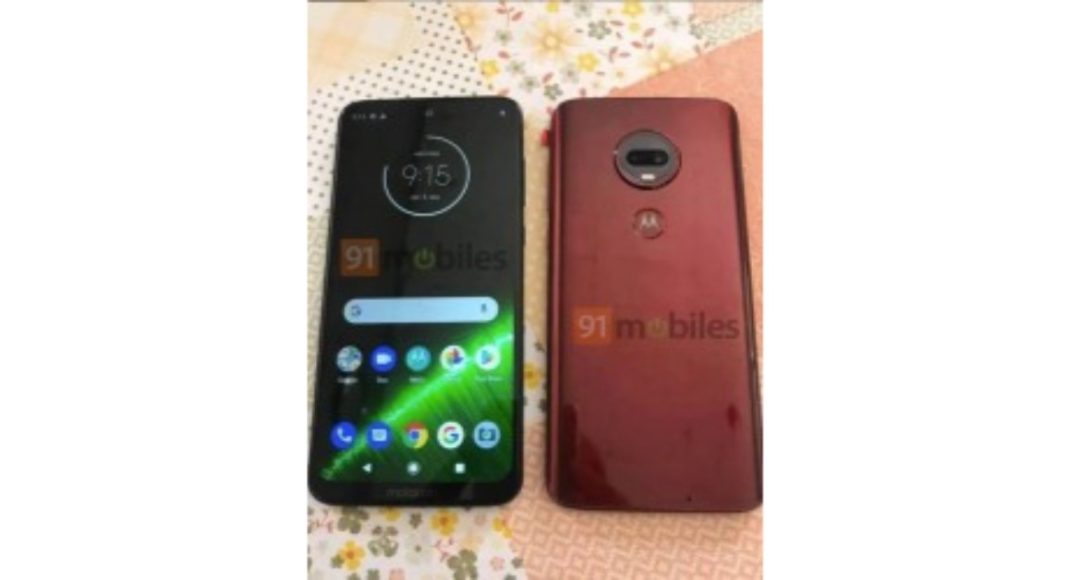 The Moto G7 and the Moto G7 Power have been leaked in the wild. To start off with the Moto G7, the images show that the smartphone has been revealed with a waterdrop-styled notch on the front. The Moto G7 will reportedly be available in two colours—red and black. There have been another batch of renders by 91mobiles that show the device from the front and back. Another set of renders were leaked, end of last year.

In those renders, we got to see the Moto G7 from all sides. We observe that the smartphone is going to come with a dual rear camera and a fingerprint scanner. Also, in terms of connectivity options we learnt that the device will come with a USB Type C port and a 3.5mm headphone jack. Coming back to the present renders, the Moto G7 will sport a 6.24-inch IPS LCD display with a resolution of 1,080×2,270 pixels. The handset will be powered by a Snapdragon 632 SoC and will come with 4GB RAM and 64GB on-board storage. It will be powered by a 3,000mAh non-removable battery.

To speak of the camera, the Moto G7 will have a dual rear cameras that would consist of a 12MP and a 5MP sensor. The front camera meant for taking selfies will have an 8MP sensor. Now to talk about the Moto G7 Power. Just like the Moto G7 we have three images of the Moto G7 Power. We know that the smartphone will carry a price tag of BRL 1,400 (Rs 26,200 approx) and will come in blue colour. The Moto G7 Power will sport a 6.22-inch screen with a resolution of 720×1,520 pixels. The device will allegedly come in three RAM options—2GB, 3GB and 4GB.

As its name suggests “Power”, the smartphone will pack a huge battery of 5,000mAh. One crucial information tipped by these leaks are that Lenovo will premiere both the devices at a press event on February 7. The other phones that belong to the Moto G7 series include the Moto G7 Play and the Moto G7 Plus. These might also be showcased but can be bought at a later date.

LG launches world’s first rollable TV for $87,000: Here’s what you must know

In an unprecedented feat that genuinely deserves to be called a work of art, LG has launched the world’s first rollable TV called LG...
Read more
Gadget Bridge Ace

Vlogging might seem to be a source of joy for some people. On the other hand, it’s a bonafide-breadwinning career that comes with unlimited...
Read more
Uncategorized

WD My Passport SSD with up to 2TB capacity launched in India, now available via Amazon

Western Digital (WD), which is famous for offering portable storage options has launched a new external SSD in India. The new WD My Passport...
Read more

WD My Passport SSD with up to 2TB capacity launched in...

Google Trusted Contacts mysteriously pulled down from both Google Play store and the Apple’s...

WD My Passport SSD with up to 2TB capacity launched in...

Saba Haider - Oct 20, 2020 0
Vlogging might seem to be a source of joy for some people. On the other hand, it’s a bonafide-breadwinning career that comes with unlimited...