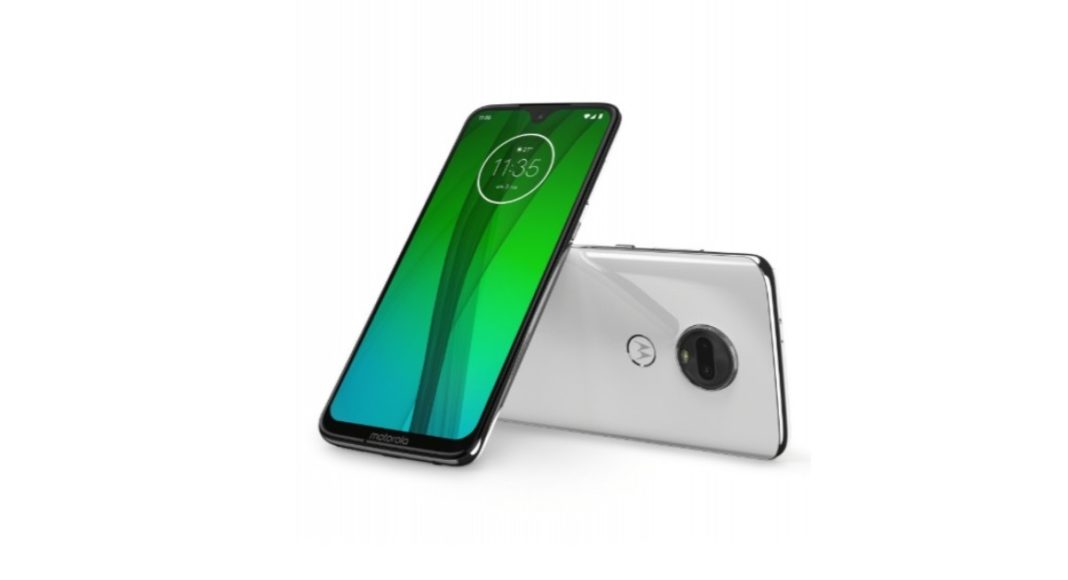 After months of keeping us guessing, Motorola has finally launched its Moto G7-series of smartphones today at an event in Brazil. The lineup includes Moto G7, Moto G7 Plus, Moto G7 Play and Moto G7 Power smartphones and they come with features like all-day battery life and enhanced camera performance.

The new devices by the company will be going on sale starting today in Brazil and Mexico and they will be followed by India, North America, Latin America, and Europe. The Moto G7 handsets are the first major smartphone announcement of the year and in India, they will be competing directly with the recently launched Samsung Galaxy M20 and Galaxy M10 devices. Here is the complete list of specifications of the newly launched smartphones along with their pricing and availability:

Motorola has said that its Moto G7 smartphone is priced at $299, and Moto G7 Plus bears a price tag of EUR 299.99. The Moto G7 Power smartphone costs $249 and Moto G7 Play is priced at $199. As we mentioned earlier, all the smartphones are going on sale in Brazil and Mexico today itself and will be made available in other regions in mid-February. As of now, we only know that Moto G7 Power will be launched in India in the next few weeks. There is no word on the availability of other devices.

Speaking of what’s common between the Moto G7, Moto G7 Plus, Moto G7 Play, and Moto G7 Power smartphones, they all run Android 9.0 Pie and come with display notches of different sizes. They all have fingerprint scanners on their back panels. Read on to know about the complete set of specifications of all the smartphones:

The Moto G7 smartphone sports a 6.24-inch full-HD+ Max Vision display and is powered by an octa-core Qualcomm Snapdragon 632 processor clubbed with 4GB of RAM and 64GB of internal storage. The device can also hold a microSD card of up to 512GB. It has a dual rear camera on its back panel with 12MP primary sensor with an f/1.8 aperture and a 5MP secondary sensor with an f/2.2 aperture. On its front panel, there is an 8MP camera with an f/2.2 aperture that can be used for selfies and video calls.

Coming to Moto G7 Plus, it has the same display as Moto G7’s but is powered by Qualcomm’s Snapdragon 636 processor clubbed with 4GB of RAM. The smartphone has 64GB of internal storage and can hold a microSD card of up to 512GB. Moto G7 Plus has a dual rear camera setup with a 16MP sensor (f/1.7 lens) and a 5MP sensor (f/2.2 lens).  The cameras have support for optical image stabilisation. For selfies and video calls, there is a 12MP front-facing snapper with an f/2.0 lens. The handset houses a 3,000mAh battery.

Moto G7 Play is the most affordable of the four devices and it comes with a 5.7-inch HD+ Max Vision display and is powered by Qualcomm’s Snapdragon 632 processor clubbed with 2GB of RAM. The smartphone has 32GB of internal storage and can hold microSD cards of up to 128GB. Moto G7 Play houses a 3,000mAh battery and sports a 13MP primary camera with f/2.0 aperture and an 8MP selfie camera with an F/2.2 aperture.

Moto G7 Power smartphone has a 6.2-inch HD+ display and is powered by an octa-core Qualcomm Snapdragon 632 processor clubbed with 3GB of RAM. The smartphone has a 32B of internal storage and houses a massive 5,000mAh battery. For imaging duties, Moto G7 Power has a 12MP primary camera with an f/2.0 aperture and an 8MP selfie camera with an f/2.2 sensor.

Avani Baggahttp://www.gadgetbridge.com
Avani has an immense love for reading, travelling and food, but not necessarily in the same order. Avani almost started pursuing law, but life had other (better) plans for her and she chose to be a writer instead (luckily!) She previously covered technology at Times Internet and wrote about smartphones, mobile apps and tech startups. When she’s not writing, you’ll be able to find her in book stores or catching up on her social life.
Facebook
Twitter
WhatsApp
Linkedin
ReddIt
Email
Previous article
AMD launches its Radeon VII GPU in India at Rs 54,990
Next article
Samsung Galaxy M30’s specifications leaked online