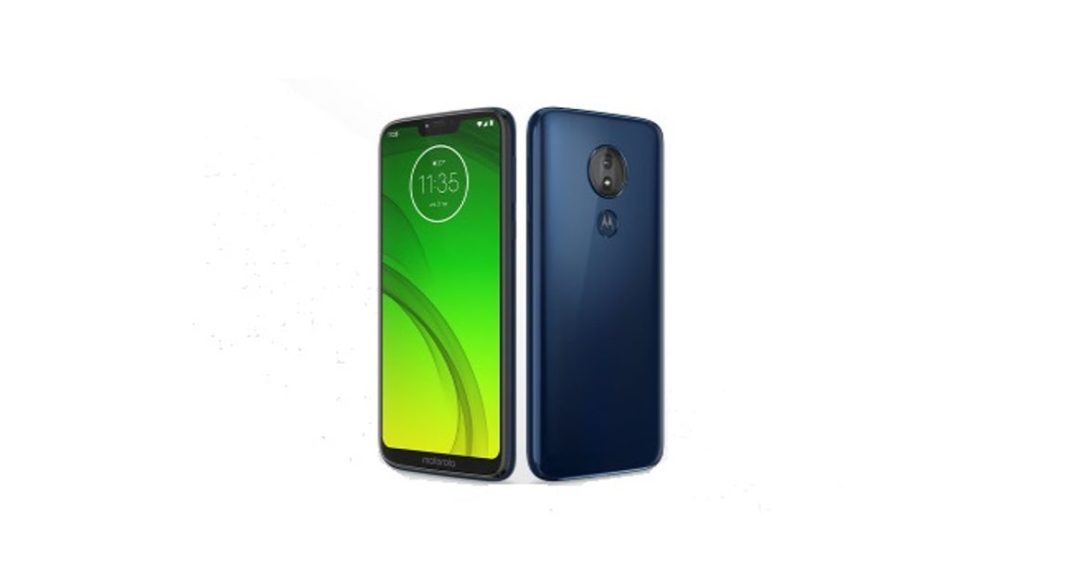 A few days back, Lenovo-owned Motorola launched its Moto G7 smartphone lineup at an event in Brazil. Considering that India is a very important market for the company, it has launched one of the devices in the Moto G7 range in the country – Moto G7 Power. We should mention that the Moto G7 Power variant that has been launched in India has more RAM and storage than the one globally available as it comes with 4GB of RAM and 64GB of onboard storage.

The biggest highlights of the Moto G7 Power smartphone are that it houses a 5,000mAh battery and runs the latest version of the Android operating system. Here’s a look at pricing details and specifications of the newly launched smartphone in India:

The Moto G7 Power smartphone features a 6.2-inch LCD display that has an HD+ resolution and comes with a notch on top. Powered by Qualcomm Snapdragon 632 processor, the smartphone comes with 4GB of RAM and 64GB of onboard storage. The device has a nearly stock Android interface and runs Android 9.0 Pie skinned with Moto Experiences out-of-the-box. On the camera front, Moto G7 Power sports a 12MP primary camera and an 8MP selfie camera.

The smartphone houses a 5,000mAh battery that is claimed to deliver up to 60 hours of endurance with a single charge. Moto G7 Power also has support for 15W TurboPower fast charging. According to Motorola, the smartphone‘s battery can last for 9 hours just after being charged for 15 minutes. The back panel of the Moto G7 Power also has a fingerprint sensor that is embedded in the Motorola logo.

Avani Baggahttp://www.gadgetbridge.com
Avani has an immense love for reading, travelling and food, but not necessarily in the same order. Avani almost started pursuing law, but life had other (better) plans for her and she chose to be a writer instead (luckily!) She previously covered technology at Times Internet and wrote about smartphones, mobile apps and tech startups. When she’s not writing, you’ll be able to find her in book stores or catching up on her social life.
Facebook
Twitter
WhatsApp
Linkedin
ReddIt
Email
Previous articleRealme 2 Pro receives a price cut in India, now starts at Rs 12,990
Next articleMoto G7 Power vs Samsung Galaxy M20 vs Asus Zenfone Max Pro M2: Comparison