This smartphone will be available in Forest Green and Sapphire Blue colours. 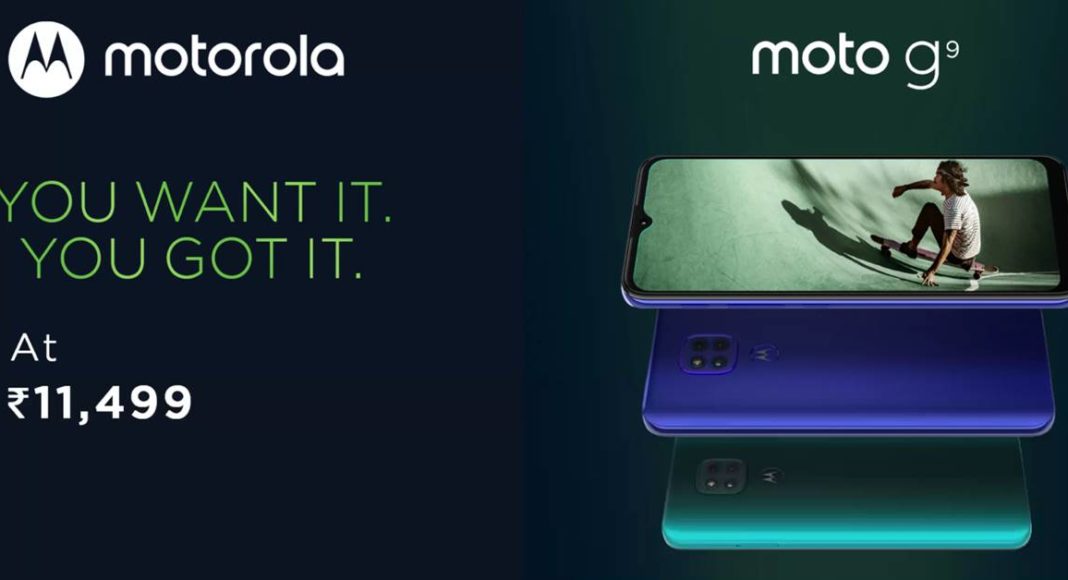 In order to compete with Xiaomi and Samsung, Moto G9 has been finally launched in India has been launched at a price point of Rs 11,490 for 4GB RAM along with 64GB storage variant. Mind you! This handset will be available in Forest Green and Sapphire Blue colours and will go on sale at 12 noon on August 31 via Flipkart.

Besides these features, there is an accelerometer along with a rear-mounted fingerprint sensor. Powered by a 5,000mAh battery, the Moto G9 smartphone claims to provide 20W fast-charging; and a single charge, one can use this handset for two consecutive days.

On the camera front, the 48MP triple rear camera setup of the Moto G9 handset comprises of an f/1.7 lens along with Quad Pixel technology gives sharper and brighter photos. Moreover, when one is in dark, switch to Night Vision mode. The camera setup also comprises of a 2MP depth sensor with an f/2.4 lens as well as another 2MP sensor with an f/2.4 macro lens. For selfie lovers, the Moto G9 is fitted with an 8MP camera sensor at the front panel. Furthermore, there are features like water-repellent design, HDR, Face beauty, Manual Mode, NFC support, dual-band Wi-Fi and RAW photo output.

On the other hand, Moto G9 predecessor Moto G8 Power Lite, which hasn’t made way to India, gives its users a powerful 5,000mAh battery, designed to last for 2 days on just a single charge. It also allows one to stream music for 100 hours, or watch shows and movies for 19 hours. Furthermore, the ultra-wide views on the stunning 6.5-inch Max Vision HD+ display. The users also get the big screen they have been craving in a design that still fits comfortably in one hand. Unlike traditional displays, the Max Vision provides maximum viewing with a 20:9 aspect ratio that helps them immerse the users in photos, movies, shows, games and everything else with the power of a 2.3 GHz Octa-core processor and 4 GB RAM.