HomeMobilesComparison: Moto G9 Vs Redmi 9 Prime Vs Moto G8 Plus

Comparison: Moto G9 Vs Redmi 9 Prime Vs Moto G8 Plus

See what all is new Moto G9 has to offer 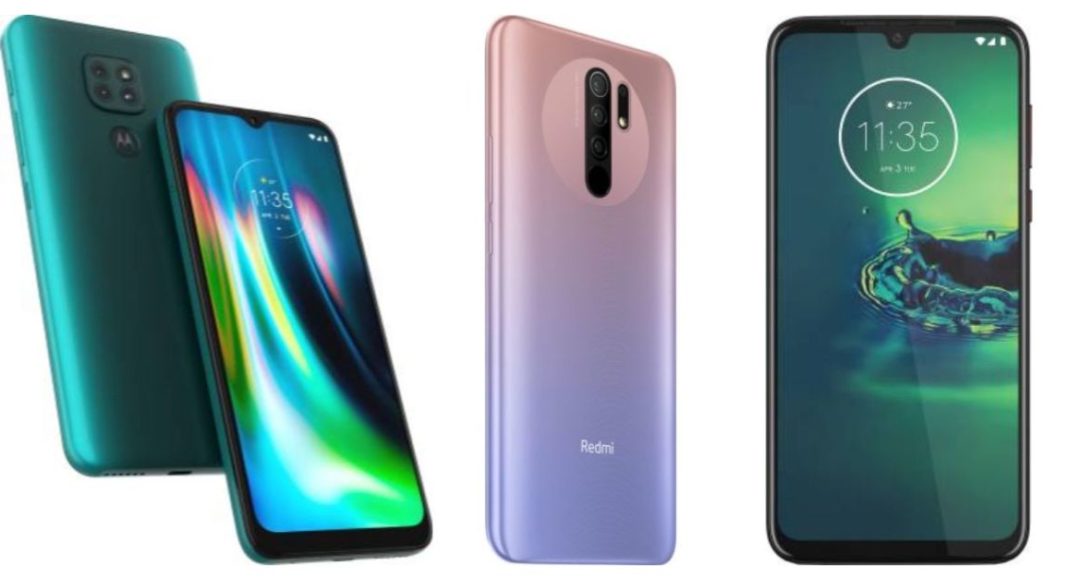 Today Motorola announced the launch of its brand-new smartphone Moto G9 in India. Here the smartphone has been launched in a single priced under budget segment. The phone packs a triple rear camera setup with a 48-megapixel primary sensor, a 5,000mAh battery with 20W fast charging support and a 6.5-inch display. It is the successor to Moto G8 which never debuted in India instead the company brought Moto G8 Plus to the Indian stores. So today we are putting both the smartphones against each other along with Redmi 9 Prime to which one is the best option to go for.

Moto G8 Plus:  Moto G8 Plus: Triple rear camera set up that includes a 48-megapixel primary sensor with an f/1.79 aperture, a 16-megapixel wide-angle lens and a 5-megapixel depth sensor.

In terms of the pricing, all the smartphones are budget to mid-range phones. While Redmi 9 Prime is the most affordable and comes loaded with the latest features. If you are on a tight budget then you can go for Redmi or if the pricing is not bothersome to you then we would recommend Moto G9 as it has all the upgraded features and specifications and better than all the devices in all the aspects.

Komila Singhhttp://www.gadgetbridge.com
Komila is one of the most spirited tech writers at Gadget Bridge. Always up for a new challenge, she is an expert at dissecting technology and getting to its core. She loves to tinker with new mobile phones, tablets and headphones.
Facebook
Twitter
WhatsApp
Linkedin
ReddIt
Email
Previous articleGionee Max to launch with a 5,000mAh battery in India, key specification revealed
Next articleMoto G9 to go on sale in India on August 31 for Rs 11,490