The Moto Z series is known to have a signature design and it has stuck to it for three years now, partly because the smartphones support Moto Mods that lets users add more features to their device. For some time now, it was being speculated that Motorola’s Moto Z4 series will get a fresh design, because of which the smartphones will not support Moto Mods. However, a video render of the upcoming Moto Z4 Play has surfaced online which proves that these speculations are wrong, and thankfully Moto Mods are going to be around at least for one more year.

Moto Z4 Play’s renders have been made by Onleaks in collaboration with technology blog CompareRaja. We should mention that Onleaks has been mostly accurate when it comes to revealing looks of upcoming smartphones, so we can consider these images and video as credible. 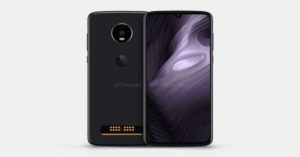 The renders reveal that Moto Z4 Play will come with a waterdrop shaped notch and sport thinner bezels than that of Moto Z3 Play. Even the chin of the device will be thinner and that means that unlike what we have seen till now, the smartphone wouldn’t have the Motorola branding on it. 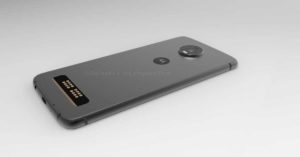 On its back panel, Moto Z4 Play will house a circular camera bump and it clearly has space for Moto Mods to be attached. But what surprised us was the fact that Moto Z4 Play will come with a single rear camera, unlike most smartphones from the company that have dual rear cameras. However, we should mention that the sensor comes with a triple LED flash. 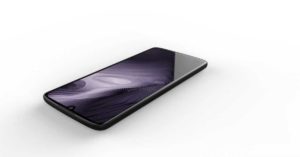 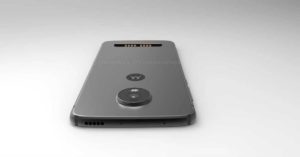 The smartphone is shown to have 16 connector pins at the bottom, which can be used to attach the Moto Mod. Other than that, there is a 3.5mm headphone jack and a USB Type-C port. The SIM tray and the speaker grille are at the top and the power and volume rocker buttons are on the right edge. As of now, we are not aware of the specifications of the smartphone, but the display is said to be 6.2-inches in size and its dimensions are reportedly 158 x 75 x 7.25 mm.

Avani Baggahttp://www.gadgetbridge.com
Avani has an immense love for reading, travelling and food, but not necessarily in the same order. Avani almost started pursuing law, but life had other (better) plans for her and she chose to be a writer instead (luckily!) She previously covered technology at Times Internet and wrote about smartphones, mobile apps and tech startups. When she’s not writing, you’ll be able to find her in book stores or catching up on her social life.
Facebook
Twitter
WhatsApp
Linkedin
ReddIt
Email
Previous articleSamsung Galaxy S10+ case fits Galaxy S9+ perfectly
Next articleAsus Zenfone Max Pro M1’s price slashed in India