Motorola Edge 30 India launch to take place on May 12

The smartphone will feature a pOLED display with a 144Hz refresh rate. 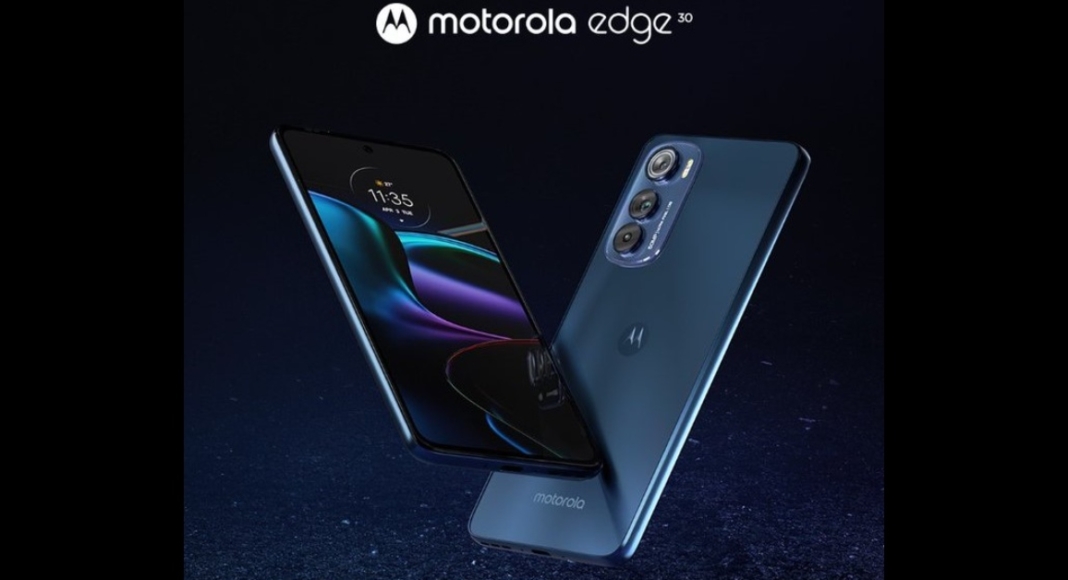 Motorola Edge 30 was launched globally last week and now it is all set to arrive in the Indian market. The company has confirmed the device India launch for May 12 via its social media channel Twitter. The handset will be available for purchase through Flipkart as it has been listed on the e-commerce platform. Moreover, the phone will be made available through other online platforms such as Reliance Digital, and other major retailers.

The upcoming Motorola Edge 30 India variant is teased to be World’s Thinnest 5G Smartphone. As per the microsite, the smartphone will be 6.79mm thin and weigh just 155 gms making it India’s lightest 5G smartphone. The Notify Me button is now live for those who want to stay updated.

The company is yet to reveal the timings as well as its pricing. But as we said earlier the phone was launched globally last week at EUR 449.99 which converts to Rs 36,300. The device’s price in India is expected to be comparable to that in Europe. Aurora Green, Meteor Gray, and Supermoon Silver are the colour options.

Motorola Edge 30’s Indian variant is expected to have the same features as its global counterpart. According to the Flipkart listing, it would include a 144Hz refresh rate pOLED display and will have 5G support.

The Motorola Edge 30 global variant features a 6.7-inch full-HD+ OLED display with 1,080×2,400 pixels of resolution and a 144Hz refresh rate. The phone runs on My UX, which is based on Android 12. It will be powered by an octa-core Qualcomm Snapdragon 778G+ processor and 8GB of RAM. The smartphone has a storage capacity of up to 256GB.

The Motorola Edge 30 has a triple rear camera setup, with the primary camera being 50 megapixels. A 50-megapixel ultra-wide-angle camera and a 2-megapixel depth sensor are also included in the camera unit. For selfies and video chats, it has a 32-megapixel front-facing camera.

For biometrics, it has an in-display fingerprint sensor and houses a 4,020mAh battery with 33W TurboPower charging support.

Komila Singhhttp://www.gadgetbridge.com
Komila is one of the most spirited tech writers at Gadget Bridge. Always up for a new challenge, she is an expert at dissecting technology and getting to its core. She loves to tinker with new mobile phones, tablets and headphones.
Facebook
Twitter
WhatsApp
Linkedin
ReddIt
Email
Previous article
Apple has stopped taking card payments for app purchases and subscriptions in India
Next article
Amazon Quiz Answers Today 7 May 2022: Participate to win Rs 30,000