Instead of a Snapdragon 730 processor, the company has provided two-year-old processor with 4G connectivity 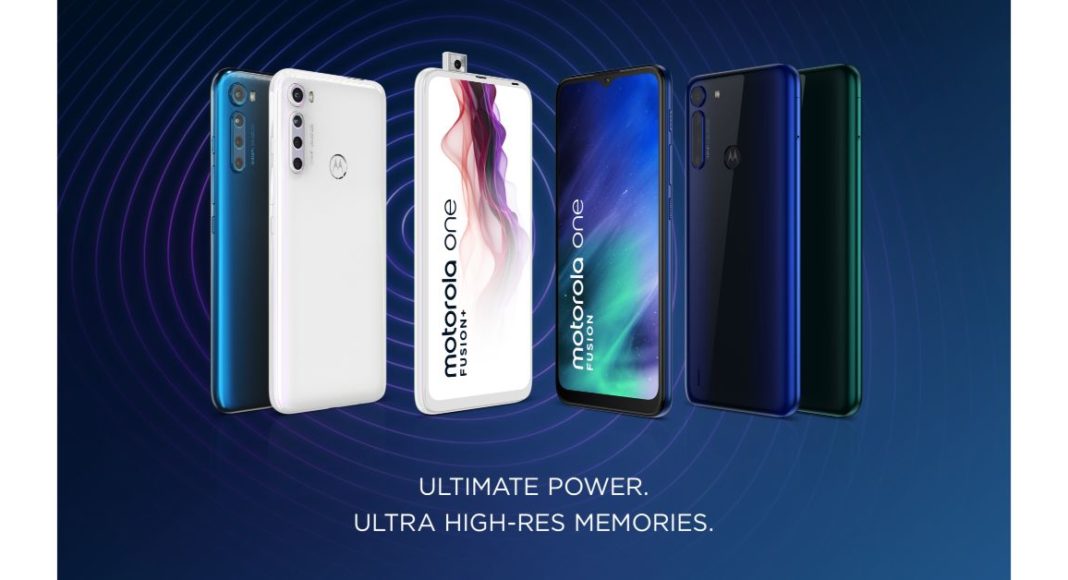 Earlier last month Motorola released One Fusion+ with a pop-up selfie camera. In a new development, the company has now introduced Motorola One Fusion in the market which is a cheaper variant of One Fusion+. The device is powered by a Qualcomm Snapdragon 710 chipset along with quad rear cameras and a water drop notch design display housing a selfie camera instead of a pop-up selfie camera. According to the Lenovo owned company at the moment the device is available in parts of Latin America and is going to arrive in the other markets by next month.

Motorola One Fusion pricing and availability

The company has launched Motorola One Fusion in a single 4GB of RAM with 64GB of internal storage. It will be available in two colour options Emerald Green and Deep Sapphire Blue. The price of the device has been set at CLP199,990 that translates to Rs 18,610 as per the Indian currency.

According to a blog post, the vanilla Motorola One Fusion is available across various countries in Latin America. The product will also arrive in KSA and UAE in the coming month.

To recall, Motorola One Fusion+ has been launched in India in a single 6GB RAM with a 128GB storage variant at Rs 16,999. It comes in two colour options Twilight Blue and Moonlight White.

Motorola One Fusion features a 6.5-inch Max Vision HD+ display with 720×1,600 pixels of resolution with a water drop notch. It runs on My UX which is the company custom skin on top of Android 10 and is powered by a two-year-old Qualcomm Snapdragon 710 processor together with 4GB of RAM with 64GB of internal storage. Whereas Fusion+ runs on stock Android 10 and is powered by a Qualcomm Snapdragon 730 processor.

In terms of connectivity, there is 4G LTE, Bluetooth v5.0, Wi-Fi and GPS. It comes with a dedicated side-mounted Google Assistant button. Moreover, the vanilla variant houses a 5,000mAh battery.

Komila Singhhttp://www.gadgetbridge.com
Komila is one of the most spirited tech writers at Gadget Bridge. Always up for a new challenge, she is an expert at dissecting technology and getting to its core. She loves to tinker with new mobile phones, tablets and headphones.
Facebook
Twitter
WhatsApp
Linkedin
ReddIt
Email
Previous article
Vivo Y30 with 5,000mAh battery and quad cameras launched in India
Next article
PUBG Mobile addiction: Teen spent Rs 16 lakhs on PUBG from parent’s bank accounts