Both the upcoming devices will be available on Flipkart 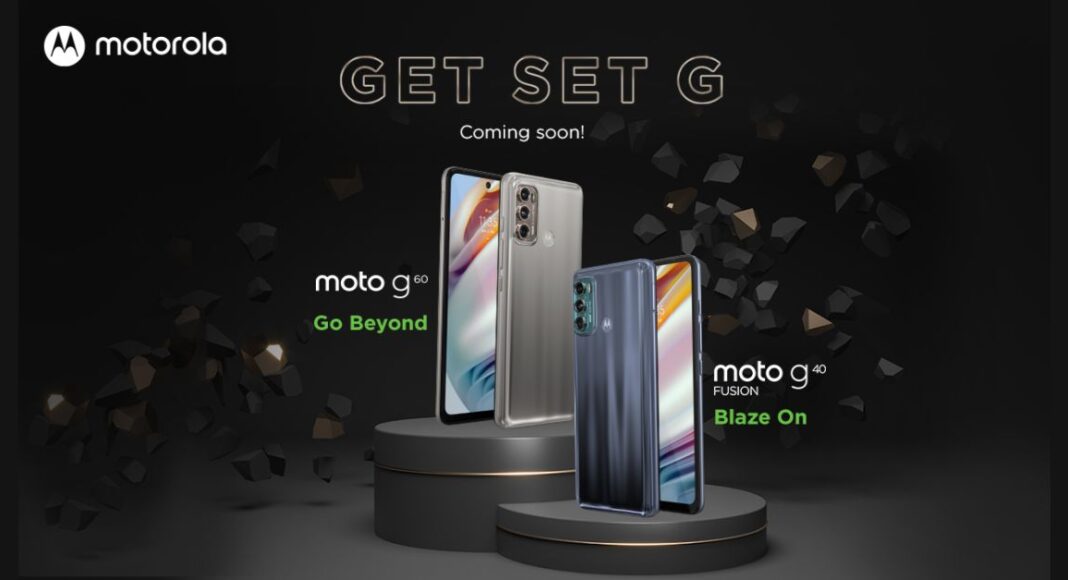 Motorola is all set to expand its Moto G series with the launch of not one but two new devices in India. Recently the company has begun teasing the arrival of two smartphones that would come to India. At the time, it did not confirm the name of the handsets. Soon after that reports started pouring in expecting it to be Moto G Stylus (2021), Moto G Power (2021), or Moto G Play (2021). Clearing the air, the company has now officially revealed the names of the handsets. So soon Moto G60 and Moto G40 Fusion will make their way to the Indian market.

Motorola took to Twitter to reveal that Moto G60 and Moto G40 Fusion will soon launch in India. Besides the names of the handset, the company did not reveal the possible launch date but we expect the company to announce an official launch date soon though. It should be noted that the availability of both smartphones will be made through the e-commerce website Flipkart. The tweet reads, “Hey @Flipkart, we are thrilled to #GoBeyond the ordinary because it’s time to #BlazeOn to infinite possibilities with our latest launches #motog60 & #motog40fusion! Cannot wait to reveal their features exclusively on your platform. Are you ready to #GetSetG?”

As of now, the company has not revealed any other details or features of the smartphone. But if we go by the leaks or reports both the devices recently appeared on the Geekbench website. As per the listing, both the devices would come with the same internals the only difference is the selfie camera. Both the phones are said to run Android 11 out of the box. The listing also reveals that the Moto G60 will come with 6GB of RAM while the Moto G40 Fusion indicates 4GB of RAM.

The past reports suggest that Moto G60 will be featuring a 6.78-inch full-HD+ display with a 120Hz refresh rate. It will be powered by a Qualcomm Snapdragon 732G SoC with 6GB RAM, 128GB storage options. It is likely to feature a triple rear camera set up with a 108-megapixel Samsung HM2 sensor, 16-megapixel wide-angle lens, and 2-megapixel tertiary lens. For selfies, it is expected to come with a 32-megapixel front-facing camera.

Komila Singhhttp://www.gadgetbridge.com
Komila is one of the most spirited tech writers at Gadget Bridge. Always up for a new challenge, she is an expert at dissecting technology and getting to its core. She loves to tinker with new mobile phones, tablets and headphones.
Facebook
Twitter
WhatsApp
Linkedin
ReddIt
Email
Previous article
April 16 Flipkart Daily Trivia Quiz Answers: Answer to win exciting prizes
Next article
Sonu Sood promoting Good Worker app for migrant job seekers amidst the COVID-19: What is this app all about?