The Crew-1 mission is pending completion of data reviews and certification. 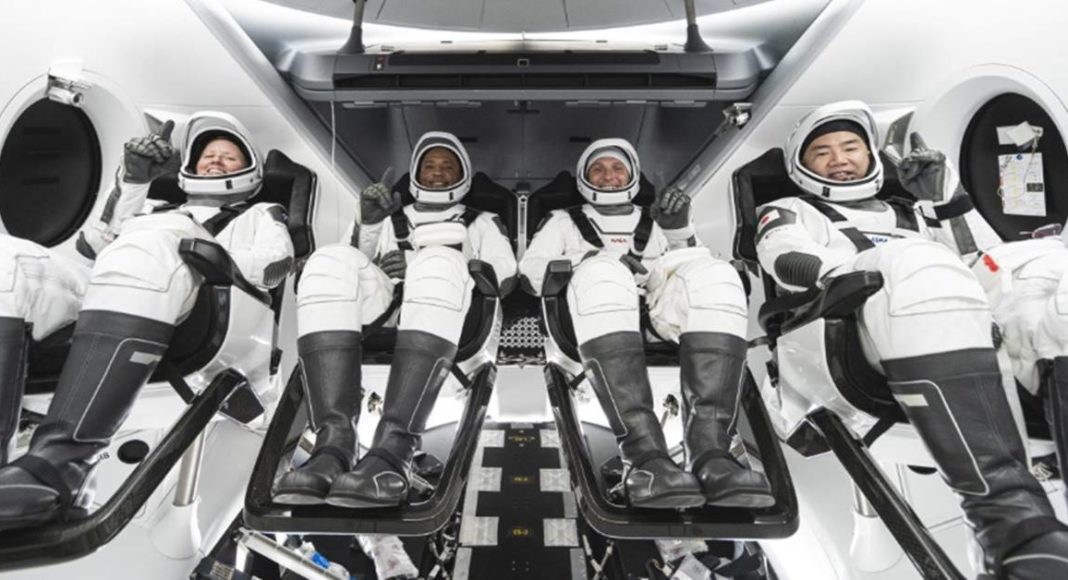 In what is being regarded as further delay in the launch, NASA and SpaceX have once again changed the date from September to October 23 to lift-off its first operational flight with astronauts of the Crew Dragon spacecraft and Falcon 9 rocket to the International Space Station (ISS). As a part of the agency’s Commercial Crew Program, NASA’s SpaceX Crew-1 mission will be the first of regular rotational missions to the space station following completion of NASA certification.

According to a blog post by NASA, “The mission will carry Crew Dragon commander Michael Hopkins, pilot Victor Glover, and mission specialist Shannon Walker, all of NASA, along with Japan Aerospace Exploration Agency (JAXA) mission specialist Soichi Noguchi for a six-month science mission aboard the orbiting laboratory following launch from Launch Complex 39A at NASA’s Kennedy Space Center in Florida.”

NASA’s SpaceX Crew-1 will launch in late October to accommodate spacecraft traffic for the upcoming Soyuz crew rotation and best meet the needs of the International Space Station. The launch will follow the arrival of NASA astronaut Kate Rubins and cosmonauts Sergey Ryzhikov and Sergey Kud-Sverchkov of the Russian space agency Roscosmos aboard their Soyuz MS-17 spacecraft and the departure of NASA astronaut Chris Cassidy and cosmonauts Anatoly Ivanishin and Ivan Vagner from the space station. The launch timeframe also allows for a crew handover with NASA’s SpaceX Crew-2 mission next spring.

After NASA’s SpaceX Demo-2 test flight that successfully splashdown off the Florida coast in the Gulf of Mexico on August 2, the Crew-1 mission is pending completion of data reviews and certification. The SpaceX Demo-2 test flight carried NASA astronauts Robert Behnken and Douglas Hurley to the International Space Station on May 30. Mind you! Demo-2 was the first crewed flight test of a commercially-owned and operated human space system.

NASA’s certification of SpaceX’s crew transportation system allows the latter to regularly fly astronauts to the space station and remove the complete dependency on Russia for space station access.