The US space agency’s next launch attempt has now been scheduled for 3:22 p.m. EDT on May 30. 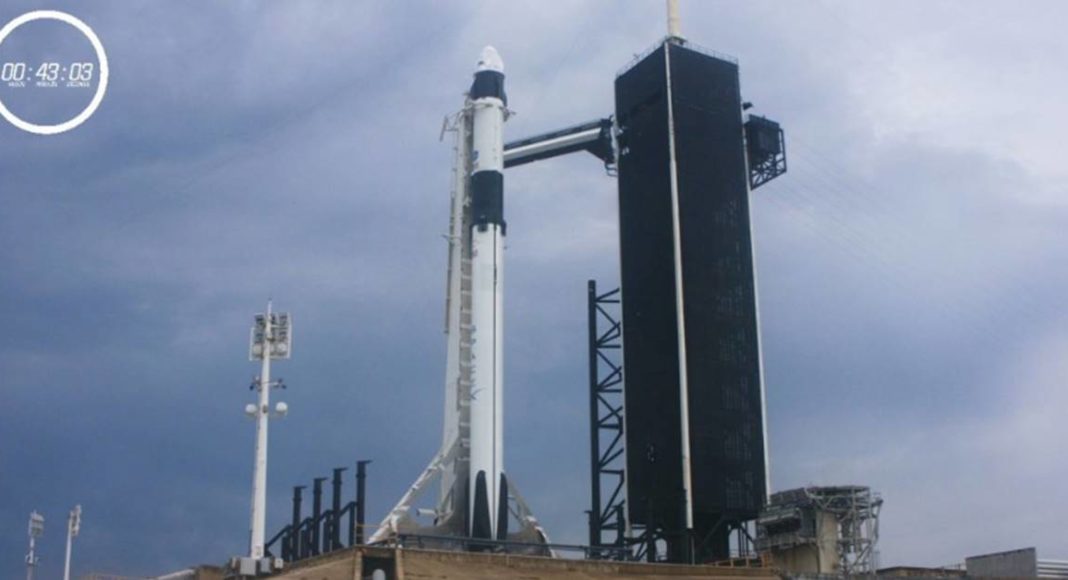 Citing unfavourable weather conditions around Launch Complex 39A at the Kennedy Space Center in Florida, NASA and SpaceX have scrubbed today’s historical launch attempt of the Demo-2 test flight to the International Space Station (ISS) with astronauts Robert Behnken and Douglas Hurley. The US space agency’s next launch attempt has now been scheduled for 3:22 p.m. EDT on Saturday, May 30 from the same location (which translates to 12:52 a.m. IST on Sunday, May 31).

If the weather condition remain unfavourable on Saturday too, NASA and SpaceX will be left with one more chance on Sunday at 3 p.m. EDT (which will be 12:30 a.m. IST on Sunday

According to an official blog post, “SpaceX will begin removing propellant from the Falcon 9 rocket and then the astronauts will exit the Crew Dragon spacecraft. Launch coverage will continue until the crew has left the pad for Astronaut Crew Quarters.”

During the live web streaming, the SpaceX team announced, “We did have to scrub because of weather. To be more specific we were still in violation of one of the weather criterias: the strength of electric fields in the atmosphere. We needed a little bit more time if we were going to clear that launch weather constraint.”

The Demo-2 launch will be SpaceX’s final test flight for NASA’s Commercial Crew Program and will provide critical data on the performance of the Falcon 9 rocket, Crew Dragon spacecraft, and ground systems, as well as in-orbit, docking, and landing operations, the US space agency revealed in a blog post.

Upon arriving at the space station, Behnken and Hurley will join the Expedition 63 crew to conduct important research as well as support station operations and maintenance. While docked to the station, the crew will run tests to ensure the Crew Dragon spacecraft is capable on future missions of remaining connected to the station for up to 210 days.

However, the specific duration for NASA’s SpaceX Demo-2 mission will be determined after arrival based on the readiness of the next commercial crew launch. “Finally, the mission will conclude with the Crew Dragon undocking from the station, deorbiting and returning Behnken and Hurley to Earth with a safe splashdown in the Atlantic Ocean,” revealed an official blog post by NASA.