Netflix lets you stream videos even before they are done downloading 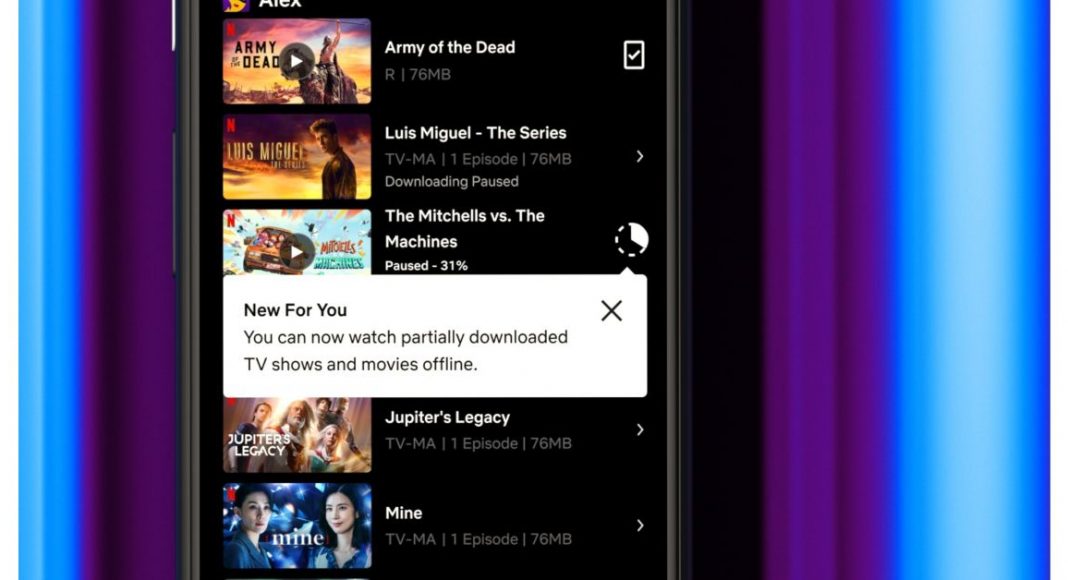 In a new update, the video streaming application Netflix is now allowing users to watch videos before they are partially downloaded. The partial downloading functionality comes for Android users and allows them to start watching series or movies even before the app has completed downloading. The users can choose to finish the download and keep watching, therefore, improving the Netflix download and watch experience.

Netflix’s Partial downloading feature is now accessible to Android phones as well as tablets and is currently under testing for iOS devices, which will be launching in the coming months.

Keela Robinson, Vice President, Product Innovation said, “So we know the disappointment when you realize your download never completed because of unreliable wifi or a maxed-out data plan. That’s why we’ve improved the Netflix download experience so you can now start watching The Mitchells vs The Machines or the next episode of Luis Miguel – The Series even if it hasn’t completed downloading. Once you’ve regained a strong enough connection, you can choose to finish the download and keep watching — avoiding those surprise notices that you’ve gone over your data limits.”

Prior to this, the user’s were not allowed to stream until the download was complete. Netflix’s partial downloads feature will liberate users to watch the videos in case the download gets disrupted due to poor internet connection. So even if the download is incomplete you will be able to watch the downloaded part while the rest of the part can be streamed later on, when the device gets access to the internet.

Separately, Netflix earlier this year introduced Downloads For You, a new feature that automatically downloads recommended shows or movies to your mobile device based on your tastes.

Komila Singhhttp://www.gadgetbridge.com
Komila is one of the most spirited tech writers at Gadget Bridge. Always up for a new challenge, she is an expert at dissecting technology and getting to its core. She loves to tinker with new mobile phones, tablets and headphones.
Facebook
Twitter
WhatsApp
Linkedin
ReddIt
Email
Previous article
How to use Clubhouse app on PC?
Next article
How to block an app from accessing the Internet on Windows PC/Laptop?