The update also includes the Among Us collaboration, adds a new Survivor Pass, introduces a new weapon and more 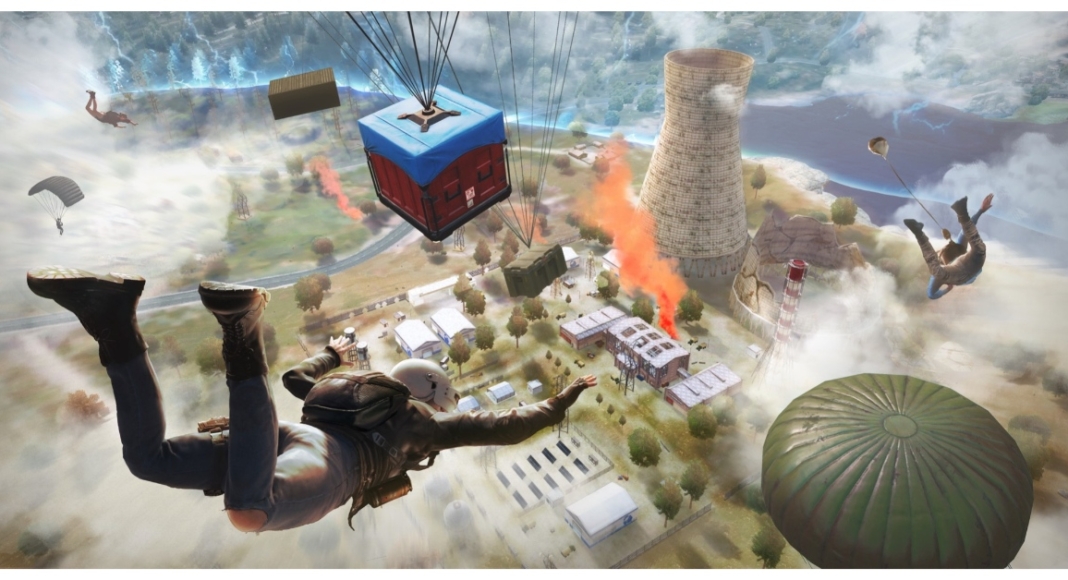 The April Update for New State Mobile is now available on Android and iOS. Krafton has made popular BR: Extreme Mode available on the Erangel map, as well as a new Survivor Pass, the new MCX weapon, and a variety of other weapons and items.

New State Mobile’s collaboration with Among Us is now live in-game, in addition to these updates. Players can embrace their inner Impostor through an Among Us-themed mini-game, a suite of new in-game items, newly added props on the Troi map, and more through May 19.

New State Mobile’s collaboration with Among Us is now live in-game, in addition to these updates. Players can now embrace their inner Impostor with an Among Us-themed mini-game, a suite of new in-game items, newly added props on the Troi map, and more from April 21 to May 19 in New State Mobile. A plethora of weapon customization options and new items have been added to the game with the April Update.

Here is a complete list of the April Update’s other major additions to the game:

The MCX is a new weapon that has been added to the game. It is the most powerful weapon yet. The weapon is a rapid-firing AR that fires 5.56mm ammo and comes with the option of adding an enhanced suppressor to give players a stealthier option in addition to its impressive damage output. The front attachment slot will be removed in exchange for the improved suppressor, and the recoil will be increased.

BR: Extreme Mode is now available in Erangel, where 48 players can engage in battle with an abundance of initial starting items such as the Skorpion, a level one helmet and vest, a First Aid Kit, Bandages, a Pain Killer, Energy Drinks, a Smoke Grenade, and 500 Drone Credits. After a maximum of 15 minutes, the last player standing wins the Chicken Dinner! To commemorate the launch of Erangel Extreme, players will receive double tier points for each victory in the new mode, so bring your A-game.

The DSR-1 and Crossbow both have a customization slot that allows the DSR-1 to use a Tank Flash Hider and the Crossbow to use magnetic bomb ammunition. For guns like the M416 and Beryl M762, a Grenade Launcher Attachment has been added. A 10x Deca Vision scope is now available in the Drone Store for players, and it can be adjusted from 3x to 10x. A Poison Grenade and a new healing item, the T-RS, will be introduced to the game. Use the Poison Grenade to smoke out players who are hiding in one spot or to counter a Smoke Grenade, then use the T-RS to recover HP and boost to 100%.

Lastly, the April Update brings a new Survivor Pass to New State Mobile, with Marion from the Hunters faction. By completing all of the Story Missions, players can earn Marion’s costumes and character appearance.

Komila Singhhttp://www.gadgetbridge.com
Komila is one of the most spirited tech writers at Gadget Bridge. Always up for a new challenge, she is an expert at dissecting technology and getting to its core. She loves to tinker with new mobile phones, tablets and headphones.
Facebook
Twitter
WhatsApp
Linkedin
ReddIt
Email
Previous article
Comparison: Redmi 10A vs Samsung Galaxy M02
Next article
Online Privacy is Possible if You Follow These Tips