Nokia 2.4 confirmed to launch in India on November 26

The device was before launched in Europe this year 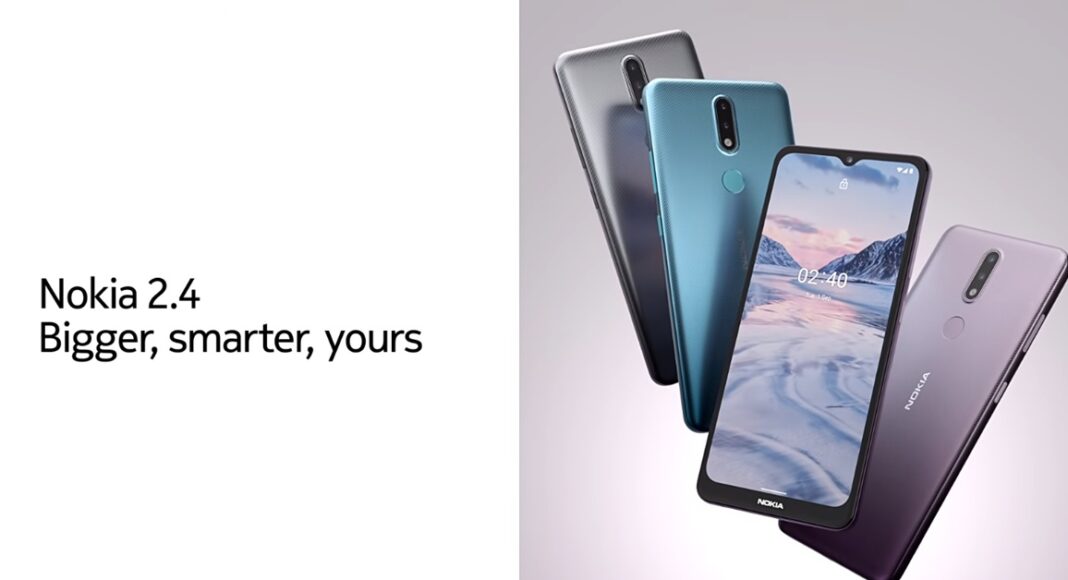 After launching Nokia 2.4 in Europe HMD Global is now going to launch the smartphone next in India. The Nokia brand licensee teased the launch through its social media channel and fixed a date for November 26. Earlier the device was speculated to launch towards the end of this month. The key highlights of the smartphone include an HD+ display, dual rear cameras and is powered by an octa-core MediaTek processor. Prior to its launch in the country, the budget smartphone has already made its debut in the European markets in September this year alongside Nokia 3.4.

Nokia Mobile India took to Twitter to first shared a short video teaser to announce the confirmed date to launch Nokia 2.4. As per the 14 seconds short video, the device will make it to the Indian market on November 26. In its tweet, the company says, “The countdown has begun. Only 10 days to go for the big reveal. Stay tuned.”

In terms of pricing, MySmartprice tipped the Nokia budget phone to come with a price tag of Rs 10,482. Whereas in Europe its price starts at EUR 119 that translates to Rs 10500 for the 2GB RAM with 32GB storage option. The Nokia 2.4 is likely to debut in Charcoal, Dusk, and Fjord colour options.

Nokia 2.4 comes with a 6.5-inch HD+ display with 720×1,600 pixels of resolution and a 20:9 aspect ratio. The Nokia smartphone runs Android  10 and is powered by an octa-core MediaTek Helio P22 processor paired with 3GB of RAM and 64GB of storage option. The internal storage can be expanded with the help of a microSD card to up to 512GB.

For photos and videos, Nokia 3.4 features a dual rear camera setup that includes a 13-megapixel primary sensor with f/2.2 aperture and a secondary 2-megapixel depth sensor. For taking selfies and videos it sports a  5-megapixel front-facing camera with f/2.4 aperture.

Nokia 2.4 houses a 4,500mAh battery and in terms of connectivity there is 4G LTE, Wi-Fi 802.11 b/g/n, Bluetooth 5.0, GPS/ A-GPS, NFC, FM radio, Micro-USB, and a 3.5mm audio jack. Whereas the sensors on the phone includes an accelerometer, ambient light sensor, magnetometer, and a proximity sensor.

Komila Singhhttp://www.gadgetbridge.com
Komila is one of the most spirited tech writers at Gadget Bridge. Always up for a new challenge, she is an expert at dissecting technology and getting to its core. She loves to tinker with new mobile phones, tablets and headphones.
Facebook
Twitter
WhatsApp
Linkedin
ReddIt
Email
Previous articleOppo presented Oppo X 2021 rollable display phone and AR Glasses at the Inno Day 2020 event
Next articleIs the iPhone 12 the best smartphone for gaming?