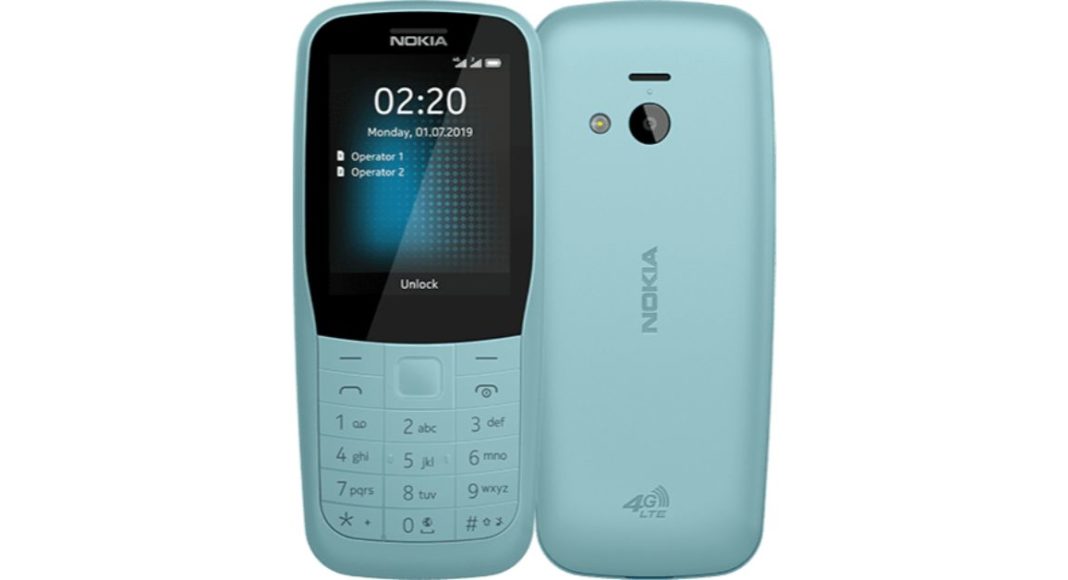 HMD Global is playing the nostalgia card again. The company has introduced the refreshed version of Nokia 105 and Nokia 220 feature phones that come with support for 4G. The technology company has said that the two newly-launched feature phones will be going on sale next month. The revamped version of Nokia 105 is made of polycarbonate and runs Nokia Series 30+ operating system. It will be available in three colour variants. On the other hand, Nokia 2220 4G comes with a completely new design, however, some of the specifications are the same as the original Nokia 220.

We should mention that the original Nokia 105 was launched in 2013 and it is already a popular name among fans. The handset featured a 1.45-inch TFT screen that had an aspect ratio of 128×128 pixels. It used to run Nokia Series 30 operating system and housed an 800mAh battery that was claimed to last for 35 days on standby. To recall, in 2015, Microsoft had released a new version of the Nokia 103 that has Series 30+ operating system and came with beefed-up storage. In 2017, the first reboot of the Nokia 105 came when HMD Global re-introduced the phone with a new design and some key tweaks. So this makes the latest version of the device the fourth generation of Nokia 105.

Coming to Nokia 220, it was first launched in 2014 and the 4G version of the device is its first-ever refresh. As the name suggests, the revamped version of the handset has support for 4G. Other changes have been made by the company to Nokia 220 4G as well.

The price of Nokia 105 feature phone has been set at EUR 13 (approximately Rs 1,000) by HMD Global. The handset is all set to go on sale in August this year and will be available in Blue, Pink, and Black colour variants. However, as of now, there is no word from HMD Global about the markets that the device will be going on sale in. On the other hand, Nokia 220 4G holds a price tag of EUR 39 (approximately Rs 3,000) and it will also be available in Blue and Black colours. The device will be available in Mid-August for purchase. 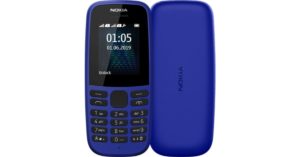 The latest version of Nokia 105 sports a 1.77-inch QQVGA (120×160 pixels) display and runs Nokia Series 30+ operating system. The device comes with a micro-USB 1.1 port and has support for 2G connectivity. It houses an 800mAh battery and has a 3.5mm headphone jack, a mini-SIM slot. The handset has an FM radio service too.

Avani Baggahttp://www.gadgetbridge.com
Avani has an immense love for reading, travelling and food, but not necessarily in the same order. Avani almost started pursuing law, but life had other (better) plans for her and she chose to be a writer instead (luckily!) She previously covered technology at Times Internet and wrote about smartphones, mobile apps and tech startups. When she’s not writing, you’ll be able to find her in book stores or catching up on her social life.
Facebook
Twitter
WhatsApp
Linkedin
ReddIt
Email
Previous article
Vivo Z5 live images confirm that the smartphone will house a 4,500mAh battery
Next article
NITI Aayog joins hands with WhatsApp to promote women entrepreneurship ecosystem in India