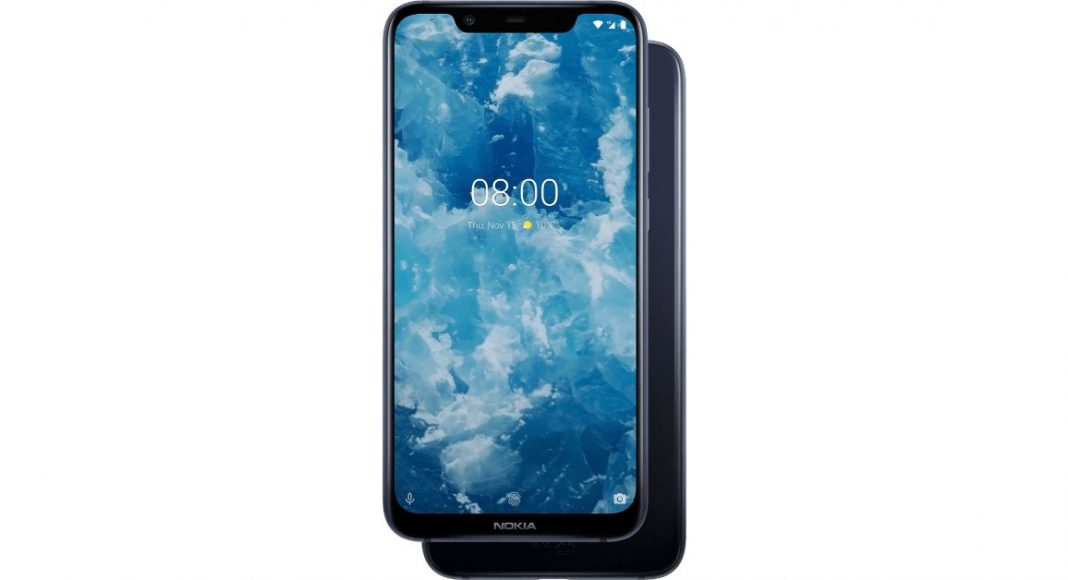 HMD Global’s Nokia 8.1 smartphone has been launched in India today. The smartphone was launched in Dubai last week and its key highlights include Android Pie, 3,500mAh battery and a display that has support for HDR10. Nokia 8.1 is the global variant of the Nokia X7 smartphone that was earlier launched in China in October.

Nokia 8.1 mobile is available with 4GB of RAM and 64GB of internal storage. In India, the smartphone is priced at Rs 26,999 and will go on sale starting December 25 via Amazon India, Nokia India’s official website and other top mobile retailers. Nokia 8.1 will be available in Blue/ Silver and Iron/ Steel colour options in India. At this price, it competes with the likes of Asus Zenfone 5Z and Samsung Galaxy A8+.

As a part of launch offers, HMD Global is offering up to 1TB of 4G data to Airtel prepaid users on select plans starting from Rs 199 and for Airtel’s postpaid customers, the company is giving away 120GB of additional data on eligible plans starting Rs 499. Besides this, a 3-month Netflix subscription and a 1-year Amazon Prime subscription are also available. On pre-booking the smartphone, customers will get a 6-month screen replacement from Servify. If you buy the smartphone from offline retailers, you will get a 10% cashback from HDFC Bank credit and debit cards (EMI transactions).

Coming to the specifications of the smartphone, Nokia 8.1 features a 6.18-inch full-HD+ display that has an 18.7:9 aspect ratio, 81.5% screen-to-body ratio and 500 nits peak brightness. The display of the device has support for HDR10 and the company claims that it is capable of a 96% colour gamut. Nokia 8.1 can hold two SIM cards and runs Android 9.0 Pie. Like all other recent Nokia smartphones, Nokia 8.1 is a part of Google’s Android One program, which promises timely Android updates and security patches for two and three years respectively. Powered by an octa-core Qualcomm Snapdragon 710 processor, Nokia 8.1 comes with 4GB of RAM and 64GB of onboard storage. The smartphone can support microSD cards of up to 400GB.

For imaging duties, Nokia 8.1 comes with a dual rear camera setup with a 12MP primary sensor and a 13MP fixed-focus sensor that has depth-sensing technology. The cameras of the smartphone have Zeiss optics and come with 1.4-micron pixels, OIS, EIS, 2PD and a dual-LED flash.  On the front panel of the device, there is a 20MP fixed-focus sensor that comes with a 4-in-1 pixel tech. This technology promises enhanced low-light photography.

Nokia 8.1 smartphone comes with a Bothie feature with which the selfie and the primary cameras of the smartphone can be used simultaneously. The smartphone houses a 3,500mAh battery and comes with 4G VoLTE, Wi-Fi, VoWiFi, Bluetooth v5.0, GPS, a 3.5mm headphone jack, and a USB Type-C port for connectivity.

Avani Baggahttp://www.gadgetbridge.com
Avani has an immense love for reading, travelling and food, but not necessarily in the same order. Avani almost started pursuing law, but life had other (better) plans for her and she chose to be a writer instead (luckily!) She previously covered technology at Times Internet and wrote about smartphones, mobile apps and tech startups. When she’s not writing, you’ll be able to find her in book stores or catching up on her social life.
Facebook
Twitter
WhatsApp
Linkedin
ReddIt
Email
Previous article
Honor View 20 to launch in January with a 48MP rear camera and an in-display front camera
Next article
Oppo Find X’s 5G prototype version unveiled