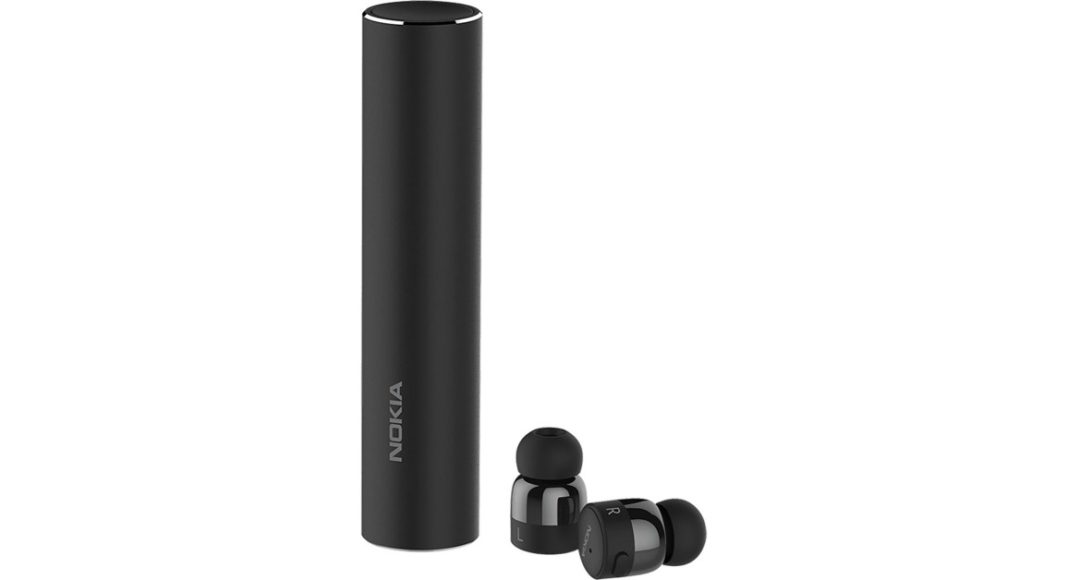 Nokia True wireless earbuds, that have been on sale internationally for quite some time, are now being sold in India via offline retailers. The earbuds are listed on Nokia’s official website and are priced at Rs 9,999.

The dimensions of the earbuds are 22.3x14mm and the size of the charging case is 100x22mm. The device has USB Type-C/USB-C Cable and Bluetooth 5.0 as connectivity options. The stand-by time of  Nokia True wireless earbuds is 70 hours and their fully-charged case can charge the earbuds up to three times. Also, it is sweat and splash resistant and is IPX4 rated.

Looks like HMD Global is going to gain a lot of visibility in the upcoming Mobile World Congress 2019, considering how much the Nokia 9 PureView is being talked about. We have seen a score of leaks that have been tipped about the Nokia 9 PureView and from those, we have a pretty good idea about what the smartphone is going to be like. We reckon, that the smartphone will sport a 5.99-inch QHD resolution 3D OLED display. It is expected to be powered by Snapdragon 845 SoC clubbed with 6GB RAM. The device will also sport an in-display fingerprint sensor.

Another upcoming smartphone that has been leaked recently is the Nokia 1 Plus. From what we know, the smartphone will have a 480×960 resolution display with 4x ARM Cortex-ARM (1,500 MHz) CPU. Furthermore, it will be incorporated with Imagination Tech PowerVR GE8100 (570 MHz) GPU, 213 DPI and 1GB RAM.