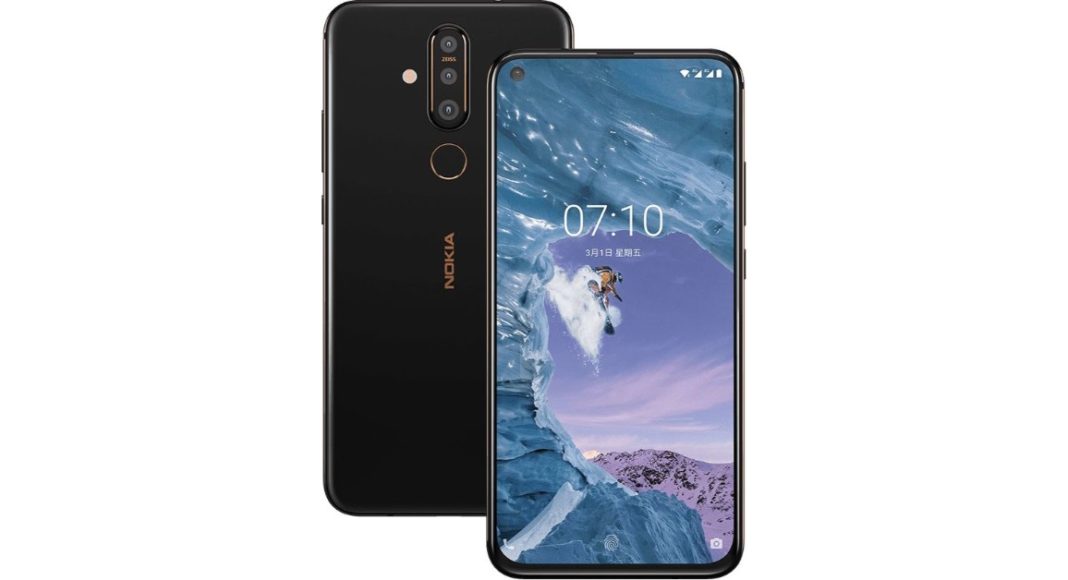 HMD Global has today launched its Nokia X71 smartphone in Taiwan, along with unveiling Nokia 9 PureView in the market. The Nokia X71 is the first smartphone by the company to come with a hole-punch display that houses the selfie camera.

The key highlight so the Nokia X71 include its hole-punch selfie camera, a triple rear camera setup with a 48MP primary sensor, a rear-mounted fingerprint scanner, a Snapdragon 660 processor and a 3,500mAh battery. The Nokia X71 smartphone comes with Android 9.0 Pie out-of-the-box. Here’s a look at the pricing details and specifications of the newly launched smartphone:

Coming to the specifications of the Nokia X71 smartphone, it comes with a 2.5D double-sided glass and a vertically stacked triple rear camera setup and a rear-mounted fingerprint scanner that is placed beneath the cameras of the device. On the front panel, the selfie camera of the Nokia X71 smartphone is situated on the top left of the handset. The volume and power buttons are placed on the right edge of the device and the power button also alerts users for missed calls and it sends notifications for messages. The Nokia X71 also has a 3.5mm headphone jack.

The handset runs Android 9.0 Pie and features a 6.39-inch full-HD+ full-screen display that has an aspect ratio of 19.3:9, a brightness of 500 nits and 96 percent wide colour gamut. Powered by Qualcomm’s Snapdragon 660 processor clubbed with 6GB of RAM, the Nokia X71 smartphone comes with 128GB of storage and can hold a microSD card of up to 256GB.

Avani Baggahttp://www.gadgetbridge.com
Avani has an immense love for reading, travelling and food, but not necessarily in the same order. Avani almost started pursuing law, but life had other (better) plans for her and she chose to be a writer instead (luckily!) She previously covered technology at Times Internet and wrote about smartphones, mobile apps and tech startups. When she’s not writing, you’ll be able to find her in book stores or catching up on her social life.
Facebook
Twitter
WhatsApp
Linkedin
ReddIt
Email
Previous articleAdcom Luminosa with ‘unique LED lights’ launched in India: Price and specifications
Next articleNokia 8110 4G ‘Banana’ phone finally gets the WhatsApp support: HMD Global