Both the foldable phones were launched alongside Galaxy Buds 2 Pro and Galaxy Watch 5 series. 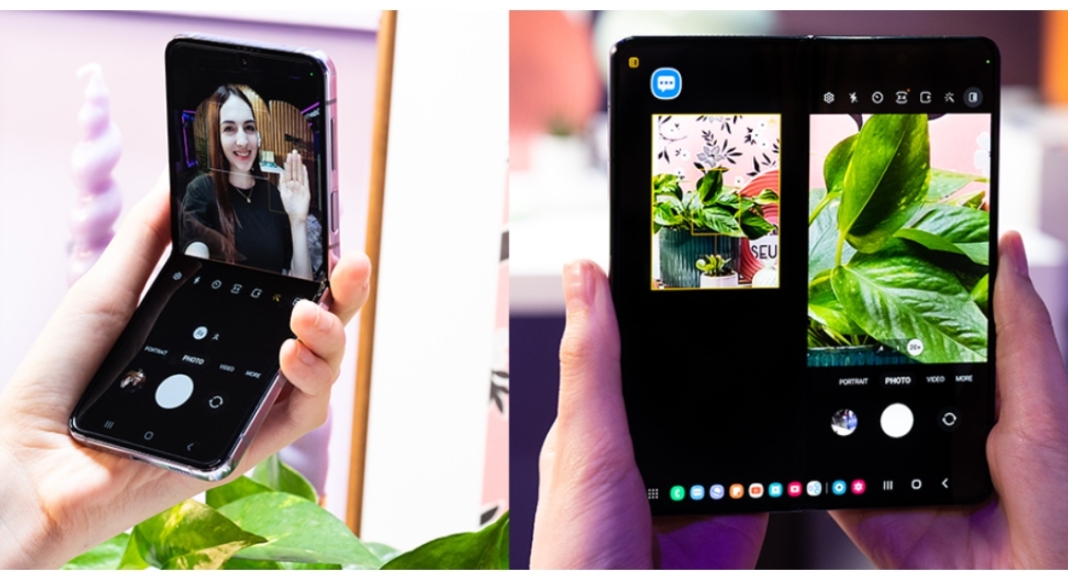 Samsung at its Galaxy Unpacked 2022 event announced the launch of the most anticipated foldable phones- Galaxy Z Fold 4 and Z Flip 4. On August 16, Samsung Live will begin taking pre-orders for both devices. Both the handsets are powered by Snapdragon 8+ Gen 1 SoC. In addition to this, they have FlexCam mode that automatically changes to fit the folded screen for taking hands-free photos and videos.

The prebook for its recently released Galaxy foldable was announced by Samsung in India via Samsung Live. The Galaxy Z Fold 4 and Galaxy Z Flip 4 will be pre-bookable on Samsung.com beginning at noon on August 16, 2022, during its live commerce event. On Samsung.com, the event will be streamed live. 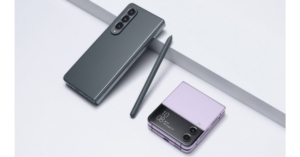 Customers who pre-book Galaxy Z Fold4 and Galaxy Z Flip4 through a live commerce event, according to the business, can receive incentives greater than INR 40000. Additionally, those who pre-book will receive an exclusive gift worth INR 5,199. The unique Bespoke Edition for the Galaxy Z Flip4 and the Galaxy Z Fold4 with 1TB storage will also be made available only through Samsung Live as part of Live Commerce. Customers who pre-order the Galaxy Z Flip4 Bespoke Edition will also receive a thin transparent cover worth INR 2000 in addition to the previously announced discounts. The limited-time promotions on Live Commerce are valid from August 16 at noon till August 17 at midnight.

The primary 6.7-inch Full HD+ Dynamic AMOLED 2X Infinity Flex Display of the Samsung Galaxy Z Flip 4 has a resolution of 1,0802,640 pixels. The internal screen features a 22:9 aspect ratio and a refresh rate of 120Hz. There is a 1.9-inch Super AMOLED cover screen with a 260 x 512 pixel resolution. The Samsung Armor Aluminum used in the Galaxy Z Flip 4 gives it an IPX8 designation for water resistance.

The device runs Android 12 on top of OneUI 4.1.1. The Galaxy Z Flip 4 is powered by an octa-core Qualcomm Snapdragon 8+ Gen 1 4nm SoC and 8GB of RAM. Each of the three internal storage options for the Z Flip 4 has a maximum capacity of 512GB. The storage capacity cannot be increased using MicroSD cards.

With a 12-megapixel ultra-wide primary sensor, an f/2.2 aperture, and a 123-degree field of view, the new phone’s dual rear camera system is equipped. There is also a 12-megapixel wide-angle camera with an f/1.8 aperture, an angle of vision of 83 degrees, and support for optical image stabilisation (OIS). A 10-megapixel selfie camera with an f/2.4 aperture and an 80-degree field of view is mounted on top of the foldable display of the Galaxy Z Flip 4.

The first smartphone to run One UI 4.1.1, which is based on Android 12L, a customised version of Android created by Google for large and foldable screens, is the Samsung Galaxy Z Fold 4. A Qualcomm Snapdragon 8+ Gen 1 SoC with 12GB of RAM as standard powers the gadget. Up to 1TB of internal storage is available.

There are five cameras in total on the device; the triple rear camera’s strengths include a 50-megapixel primary sensor with an f/1.8 aperture, dual-pixel autofocus, optical image stabilisation (OIS), and an 85-degree field of view. The 12-megapixel ultra-wide lens sensor has a field of view of 123 degrees and an aperture of f/2.2. The third 10-megapixel sensor has an f/2.4-aperture telephoto lens mounted to it. Features like OIS, PDAF, and 30X space zoom are all available. The Samsung Galaxy Z Fold 4’s front camera has a 4-megapixel sensor with an f/1.8 aperture, and it is situated below the primary screen. The front camera on the cover display has a 10-megapixel sensor and an f/2.2 aperture.

Komila Singhhttp://www.gadgetbridge.com
Komila is one of the most spirited tech writers at Gadget Bridge. Always up for a new challenge, she is an expert at dissecting technology and getting to its core. She loves to tinker with new mobile phones, tablets and headphones.
Facebook
Twitter
WhatsApp
Linkedin
ReddIt
Email
Previous article
Vivo V25 Pro India launch to take place on August 17
Next article
Xiaomi Mix Fold 2 powered by Snapdragon 8+ Gen 1 SoC launched