On October 18, the Apple Arcade will debut the NBA 2K23 edition 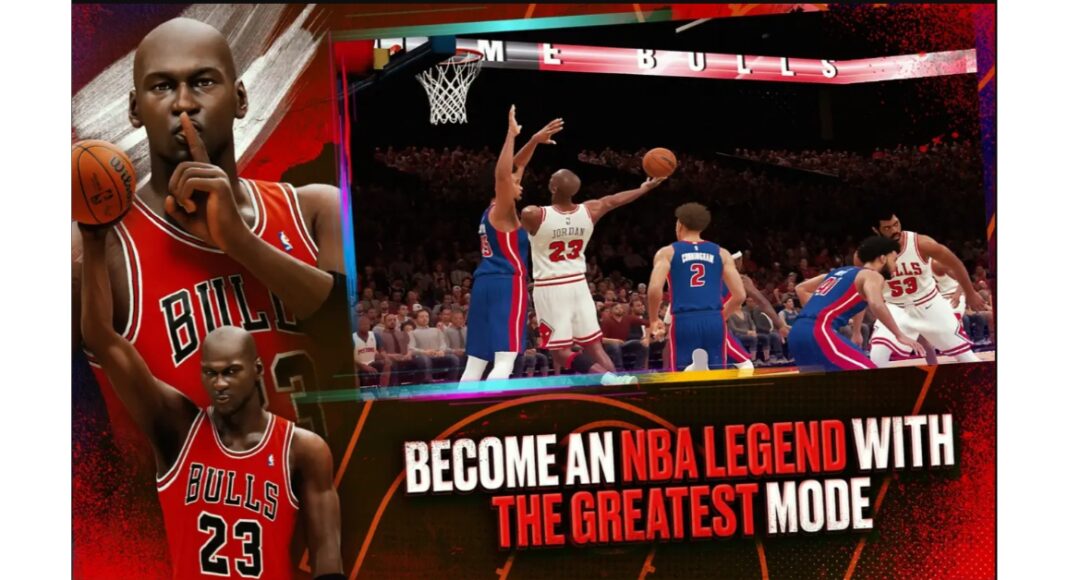 According to Apple, NBA 2K23 will debut on its gaming service. In the Arcade section of the App Store, Apple has added NBA 2K23 Arcade Edition to the list of games that are coming on October 18. It will also include beloved features as well as a brand-new “Greatest” mode.

The release of NBA 2K23 Arcade Edition has been announced by Apple. The Greatest option in the game lets you compete against notable NBA players from the past and present, such as Michael Jordan, Shaquille O’Neal, Devin Booker, Kevin Durant, and more. And for all you sneakerheads out there, you can get a free pair of Devin Booker Kobe 4 Protro sneakers when you download the game from the main menu. As this offer is only available for a short period of time, don’t miss out on wearing these fashionable shoes on the court.

Apple in its latest announcement said, “If you’re looking for new games to check out this weekend, look no further then The Gardens Between+, a delightful and bittersweet puzzle game from Melbourne-based developers The Voxel Agents. This masterpiece of minimalist storytelling pays tribute to friendship and the importance of shared memories, as you solve environmental puzzles through the manipulation of time.”

NBA 2K23 Arcade Edition allows players to run with the NBA’s greatest players and fulfil their basketball fantasies. The Greatest mode, which is only available on Apple Arcade, includes 20 of the NBA’s “Greatest of All-Time” players from both the past and present, including Kobe Bryant, Kareem Abdul-Jabbar, Kevin Garnett, Luka Doncic, and many others. With commentary from National Basketball Association play-by-play broadcasters, Color analysts, and Sideline reporters like Kevin Harlan, Greg Anthony, Steve Smith, Doris Burke, Clark Kellogg, Brent Barry, and David Aldridge, players may also enjoy a more immersive and authentic NBA gaming experience. Fan favourites including MyCAREER, MyCOURT, The Association, Quick Match, and Online Multiplayer modes are back in addition to the new gameplay elements.

Enter a puzzle-adventure game about time, friendship, and memories for one player. Arina and Frendt, who are best friends, find themselves on a series of vivid, surreal island gardens filled with familiar items from their youth. They set off on an emotional trip together, exploring the value of their friendship, the memories they’ve made, what needs to be let go of, and what should never be forgotten. To solve riddles and reach the top of each isle, manipulate time. Follow the couple as they examine and dissect their memorable times spent together, illuminating constellations and revealing strands of a sombre story.

Bloons TD 6+: Adds banners and avatars with a Halloween theme.

HEROish: Try your hand at brand-new cards, new soldiers, and spells. You may also play brand-new campaigns with extended playtime and new random encounters added to all three campaigns.

Amazing Bomberman: View the new Midnight Fever stage, which is based on Japanese pop music from the 1980s. New customizations and 50 additional mission-mode challenges are also included in this version.

Komila Singhhttp://www.gadgetbridge.com
Komila is one of the most spirited tech writers at Gadget Bridge. Always up for a new challenge, she is an expert at dissecting technology and getting to its core. She loves to tinker with new mobile phones, tablets and headphones.
Facebook
Twitter
WhatsApp
Linkedin
ReddIt
Email
Previous article
Vivo Big Joy Diwali Sale begins: Avail additional Six-Months extended warranty
Next article
Moto E22s launched in India at Rs 8,999: Availability and specs details