The smartphone is probably going to be introduced in India during the Amazon Great Indian Festival 2022 Sale. 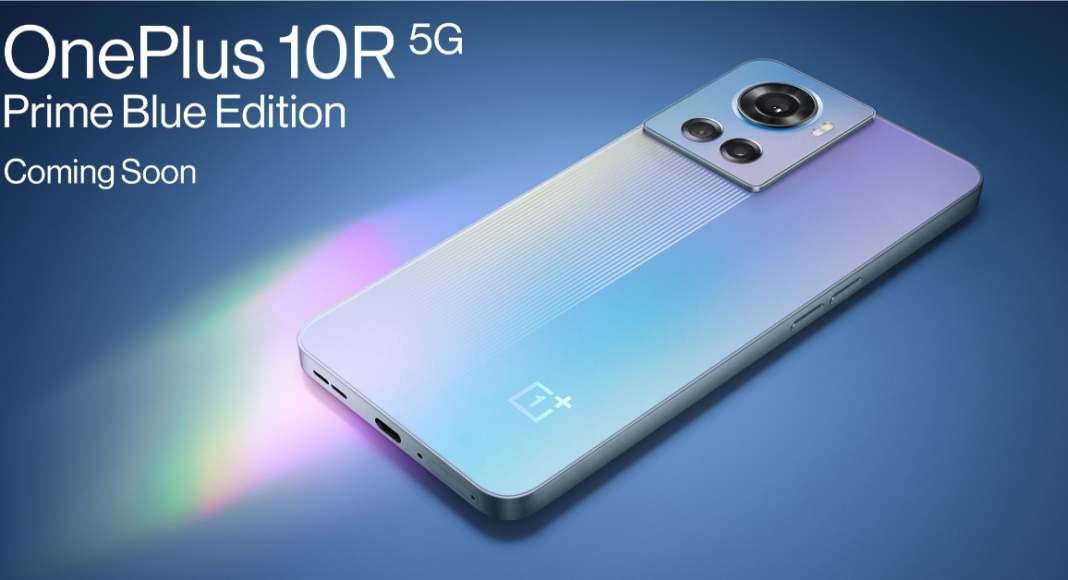 OnePlus 10R 5G Prime Blue colour option will be available in India soon. The third colour variant of the smartphone has been teased by the company. The introduction of the Prime Blue Edition also serves as a celebration of OnePlus’ long-standing relationship with Amazon and the significant influence that relationship has played in the company’s development. Customers who purchase the brand-new OnePlus 10R Prime Blue on Amazon will also receive a complimentary 3-month Amazon Prime membership as an added bonus.

Speaking on the announcement Navnit Nakra, India CEO and Head of India Region, OnePlus India, said, “The success of OnePlus in India is the result of our unwavering bond with our community and partners. This festive season, we want to offer something valuable for our community with the launch of the OnePlus 10R Prime Blue Edition. The special Prime Edition has been crafted with the seamless integration of leading hardware and software at a truly affordable price point, making it even more accessible to the OnePlus community and users in India. To celebrate our successful partnership with Amazon, the special OnePlus 10R Prime Blue Edition will be exclusively available on Amazon.in, and we look forward to many more years of such fruitful collaborations to bring the best of premium technology to our users” 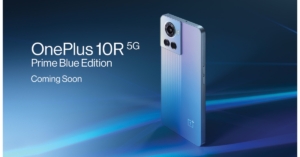 The company has not yet revealed the availability details but the OnePlus 10R 5G Prime Blue was teased on an Amazon microsite. The smartphone is probably going to be introduced in India during the Amazon Great Indian Festival 2022 Sale, which is set to begin on September 23.

The company claims that the OnePlus 10R Prime Blue Edition will feature an advanced 3D Passive Cooling System. Moreover, it will come with a 6.7-inch Fluid AMOLED display with a 120 Hz refresh rate, and an advanced 3D Passive Cooling System, which together enables the phone to run even the most graphically demanding games smoothly while maintaining frame rates and power consumption.

As per the company, the OnePlus 10R Prime Blue Edition rear triple camera system includes a 50 MP Sony IMX766 primary camera, an 8 MP ultra-wide camera with a 119° field of view, a 2 MP macro camera, and electronic image stabilisation (OIS), completes the flagship experience by enabling users to capture the spirit of the holiday season with stunning photography.

The 80W model is already available in Forest Green and Sierra Black colours whereas the 150W model comes in a single Sierra Black.

Komila Singhhttp://www.gadgetbridge.com
Komila is one of the most spirited tech writers at Gadget Bridge. Always up for a new challenge, she is an expert at dissecting technology and getting to its core. She loves to tinker with new mobile phones, tablets and headphones.
Facebook
Twitter
WhatsApp
Linkedin
ReddIt
Email
Previous articleVivo Y22 powered by MediaTek Helio G70 SoC launched in India
Next articleAmazon Quiz Answers Today 14 September 2022: Participate to win Rs 1,250