The company will also introduce a variety of other OnePlus items. 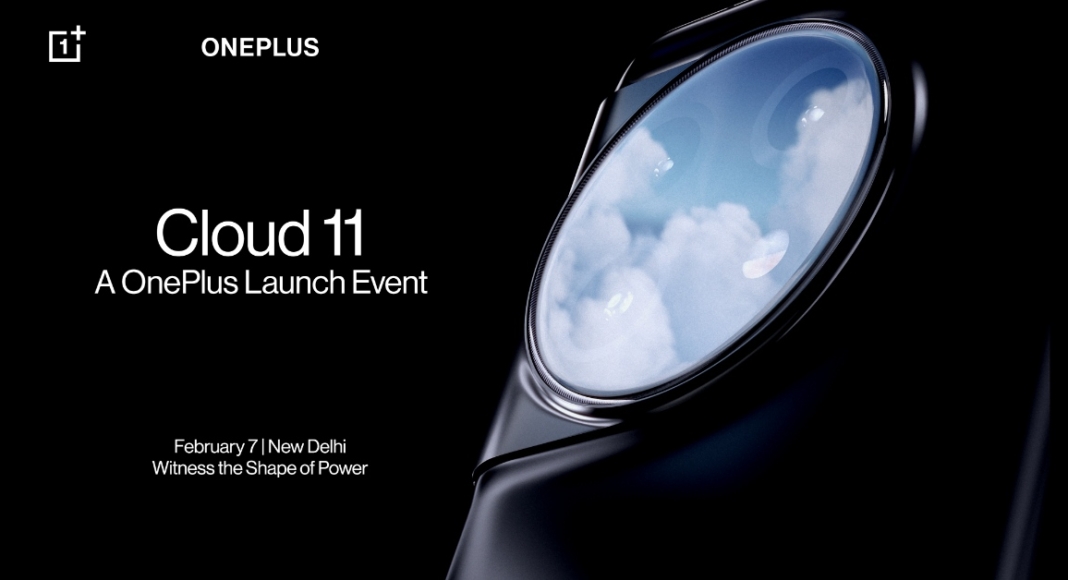 OnePlus has officially confirmed the OnePlus 11 5G’s official launch date. The company’s Cloud 11 event is where the OnePlus 11 5G and the OnePlus Buds Pro 2 will be released which is planned to take place on February 7, 2023. The devices are promised to provide a rich, stereophonic music experience with unmatched clarity. Recently the company released the official teaser of the upcoming smartphone which revealed the phone’s design as well as its camera capabilities.

The launch event for the OnePlus Cloud 11 will take place in New Delhi, India, on February 7, 2023, according to a statement made today by OnePlus. The company took to Twitter to make the announcement. The event, which has the theme “Cloud 11,” showcases the brand’s most recent devices’ improved technology and performance, concentrating on a group of OnePlus flagship goods that take the user experience from “Cloud 9” to “Cloud 11”.

The highlight of the event will be the official introduction of the brand’s most recent flagship goods, the OnePlus 11 5G and the OnePlus Buds Pro 2. The company will also introduce a variety of other OnePlus items.

“We’re thrilled to be revealing these exciting new products that bring a levelled up fast and smooth experience to the market,” said Pete Lau, Founder of OnePlus, Senior Vice President and Chief of Product at OPPO and OnePlus. “The OnePlus 11 5G, the OnePlus Buds Pro 2, and other products are driven by our community co-creation spirit and will be equipped with the most advanced technology to provide a refined experience to our users.”

The OnePlus 11 5G will have an alert slider, volume controls on the left, and a power button on the right, according to the official teaser. The trailer also shows an LED flash and the OnePlus 11’s triple back cameras in combination with one another. greater overall quality and grading. The rear camera appears to be rounder and to be of higher relevance with Hasselblad branding as compared to the current phone.

The OnePlus 11 5G will sport a conventional Black and green colour scheme, the trailer also shows. This phone had what looked like glass on the back and was glossy. The phone’s frame will be made of metal.

Additionally, it is predicted that the phone will be offered with capacities of 8GB RAM and 128GB storage and 16GB RAM and 256GB storage. The phone’s display may have a refresh rate of 120Hz. The upcoming device will reportedly be powered by the latest Qualcomm Snapdragon 8+ Gen 2 processor, according to reports.

A 48-MP ultra-wide angle sensor, a 32-MP secondary sensor, and a 50-MP primary IMX890 sensor are thought to be included. An alleged 32-MP selfie and video calling camera is included with the gadget.

Komila Singhhttp://www.gadgetbridge.com
Komila is one of the most spirited tech writers at Gadget Bridge. Always up for a new challenge, she is an expert at dissecting technology and getting to its core. She loves to tinker with new mobile phones, tablets and headphones.
Facebook
Twitter
WhatsApp
Linkedin
ReddIt
Email
Previous article
How To Hard Reset or Factory Reset Vivo Smartphones?
Next article
Sony India releases enticing Christmas and new year’s promotional offers on its headphones, televisions and more