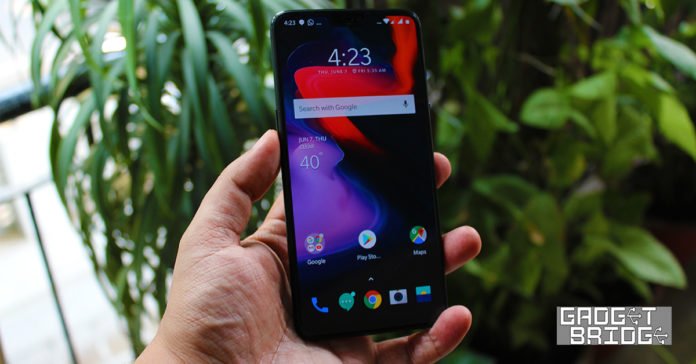 Talking about the Zen Mode, it is a feature which makes the smartphone useless for 20 minutes on being activated. It is worth mentioning though, that you will be able to do some important tasks, however, you will not receive any notifications during this time. Even switching off the device and switching it on again won’t pull it out of the Zen Mode and it will deactivate automatically once the Zen Mode’s timer runs out. According to OnePlus, the Zen Mode feature allows the user to interact with the real world.

The changelog of the new beta update of the OxygenOS states that the OnePlus 6-series will be getting the Screen Recorder feature with the new update. Other than that, the update will also improve the smooth-scrolling experience on the devices. It also fixes a bug in the Facebook Messenger app which caused it to send notifications when the gaming mode was activated. The OxygenOS beta update for the OnePlus 6-series brings a new India-centric feature called the pin-to-top for notification management. Other than that, improvements have also been made to the calling interface of the OnePlus 6-series.

To install the beta app, you will need to be a part of the OxygenOS beta testing program. But even if you are not a part of it, you can still download and use the Zen Mode on your OnePlus 6-series smartphones without installing the beta OxygenOS updates. You can just go to APK Mirror and download the Zen Mode 1.2.0 apk file. It should be noted that the apk might have some bugs in it and might not function as smooth as the one in the beta version of the OxygenOS.

Aman Singhhttps://www.gadgetbridge.com/
Aman Kumar Singh has a Masters in Journalism and Mass Communication. He is a journalist, a photographer, a writer, a gamer, a movie addict and has a love for reading (everything). It’s his love of reading that has brought him knowledge in various fields including technology and gadgets. Talking about which, he loves to tweak and play with gadgets, new and old. And when he finds time, if he finds time, he can be seen playing video games or taking a new gadget for a test run.
Facebook
Twitter
WhatsApp
Linkedin
ReddIt
Email
Previous article
Google will offer full ad blocking only to enterprise users of Chrome
Next article
Samsung Galaxy M40 gets listed on the company’s official India website