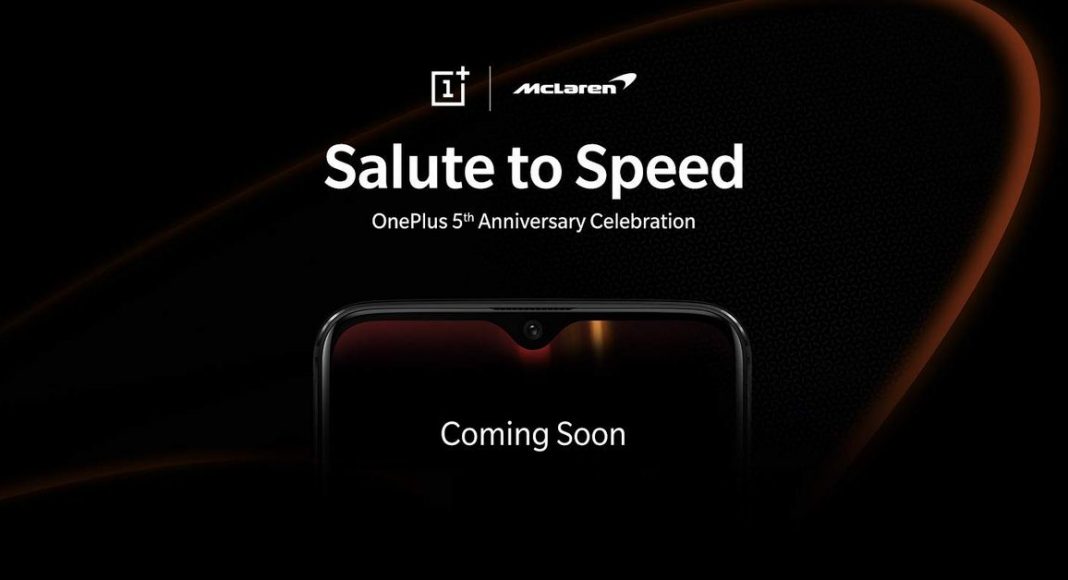 Bu this time, the differences in OnePlus 6T (review) and OnePlus 6T McLaren may not only be limited to the colour scheme and McLaren branding. Recently, OnePlus tweeted “Charging is about to hit warp speed” from its official account. This may suggest that the McLaren Edition of OnePlus 6T will come with a 50W Warp Charging feature. We should point out that OnePlus recently renamed its fast charging feature to Warp Charging after a controversy was created on their usage of the word ‘Dash’.

The current charger that comes with the regular OnePlus 6T smartphone has support for 20W charging. This is double than the speed Samsung and Google support, which is 10W. If OnePlus 6T McLaren Edition comes with a 50W Warp Charging, it would be leaving most other companies way behind. OnePlus’ sibling Oppo also has devices which support 50W charging. It is also likely that OnePlus will ditch its trademark red charging cable for its upcoming OnePlus 6T mobile. Reports have suggested that it will instead opt for an Orange coloured cable. It is worth noticing that Orange is the trademark colour for McLaren sports car. Another reason behind opting for Orange coloured cables maybe because the Red coloured cables may give the impression of Ferrari to customers.

We feel that McLaren totally fits in for being OnePlus’ partner for its special edition OnePlus 6T, especially considering that the tagline of the company for its 6T devices has been “Unlock the Speed.” If you are an interested buyer, you can head to Amazon India’s website to pre-register yourself on OnePlus McLaren Edition’s dedicated page.