HomeMobilesOnePlus 6T McLaren Edition to launch in India on December 12

OnePlus 6T McLaren Edition to launch in India on December 12

Rejoice OnePlus fans! There is another OnePlus smartphone that the company is planning to launch next month. The Chinese smartphone maker has partnered with autosport giant McLaren and the company has announced that it will unveiling the result of their collaboration in India on December 12. However, there is no official word on what exactly OnePlus is going to launch.

But most likely, it will be a special edition of the company’s latest flagship OnePlus 6T (review). The partnership between the two companies completely focusses on speed and performance, so we wouldn’t be wrong to assume that the upcoming special edition smartphone will come with 8GB RAM and 256GB storage. The new edition of the smartphone is expected to bear a premium price tag. However, the company did mention in its announcement that the partnership includes both McLaren Automotive and McLaren Racing.

It is worth noticing that the same event has been scheduled for December 11 in the United States. According to The Verge, when one tries to go to the page of the event, the URL says ‘mclaren-6t’ and this confirms the launch of OnePlus 6T‘s McLaren Edition. When we tried to go to the event page, ‘mclaren-6t’ appeared for a fraction of a second before the final URL was displayed. 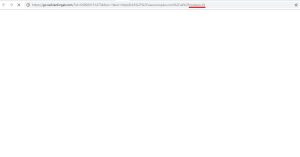 If we keep all of these editions in mind, we can guess that the OnePlus 6T McLaren edition can come with elements from the ‘Papaya Orange’ colour scheme of McLaren’s official logo. But then, this is just a speculation as there are no leaks or rumours about the upcoming smartphone on which we can rest this claim.

Speaking on the partnership, OnePlus CEO and Founder Pete Lau has said, “McLaren and OnePlus were born in a similar way — with a big dream to create something special. Starting from nothing, we challenged ourselves to never settle. Today we unveil a true testament to innovation, a salute to speed.”

Avani Baggahttp://www.gadgetbridge.com
Avani has an immense love for reading, travelling and food, but not necessarily in the same order. Avani almost started pursuing law, but life had other (better) plans for her and she chose to be a writer instead (luckily!) She previously covered technology at Times Internet and wrote about smartphones, mobile apps and tech startups. When she’s not writing, you’ll be able to find her in book stores or catching up on her social life.
Facebook
Twitter
WhatsApp
Linkedin
ReddIt
Email
Previous articlePUBG to soon get the Vikendi snow map
Next articleRealme U1 with Helio P70 processor, 25MP AI selfie camera launched in India: Price and specifications