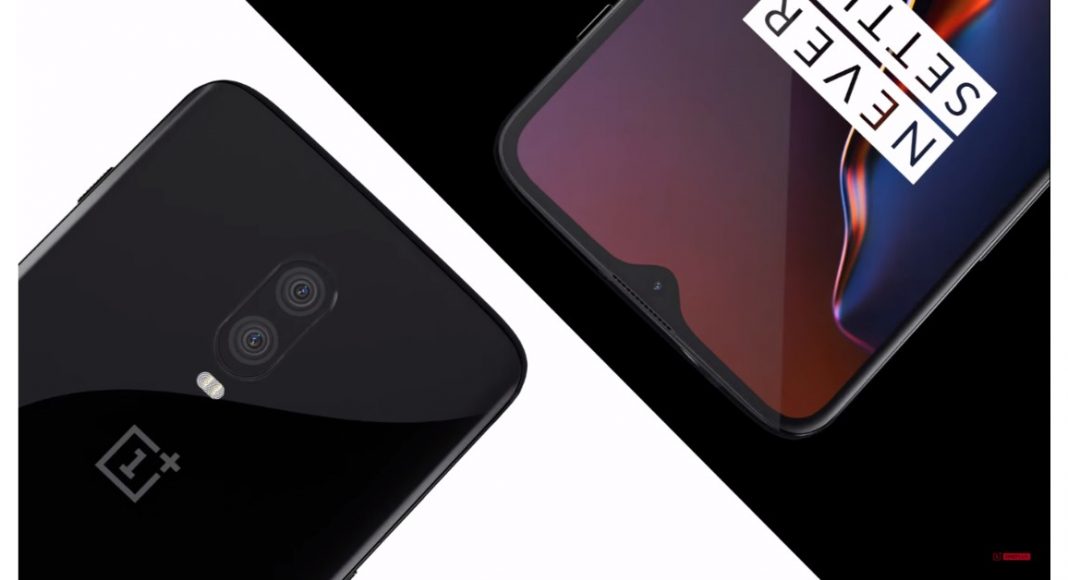 OnePlus has finally taken wraps off its second flagship smartphone of the year, OnePlus 6T, which comes with a number of premium features. While some of them are the same as OnePlus 6, the company has updated the smartphone with the latest trends of the industry.

Here’s a look at the price, availability and specifications of the latest flagship by OnePlus:

Besides the smartphone, the company also launched its OnePlus Type C Bullets earphones and OnePlus Explorer Bagpack. While the earphones cost Rs 1,490, the bag pack is priced at Rs 4,990.

Speaking of OnePlus 6T, it will be going on sale on November 1 in India. It is available for pre-booking on Amazon India’s website, Croma outlets and OnePlus pop-up stores. Customers would also be able to buy the device from Reliance Digital stores. A cashback of Rs 2,000 is available for those who pre-order the device.

As a part of launch offers, OnePlus has partnered with Reliance Jio and unveiled an ”Unlock the Speed’ offer. Under this, all Jio subscribers would be given an instant cashback of Rs 5,400 in the form of 36 vouchers of Rs 150 each. These vouchers will be available on customers MyJio app once they a prepaid recharge of Rs 299 done. These coupons can be used on subsequent recharges of Rs 299.

If you are an ICICI bank credit or debit card holder, or a Citibank credit card holder, you can get a discount of Rs 2,000 on buying the phone. The company is also offering a free accidental and liquid damage protection insurance that is worth Rs 2,000 to those who open a Kotak 811 account. No cost EMI options are also available and a cashback of Rs 1,000 as Amazon Pay balance will also be available for the first 5 days of the sale.

Amazon is also offering an Amazon Pay cashback of Rs 500 on OnePlus Type-C Bullets earphones. The OnePlus Explorer Bagpack can only be bought if you have an invite.

OnePlus 6T mobile sports a 6.41-inch Optic AMOLED display that has a 19.5:9 aspect ratio and is protected by Corning Gorilla Glass 6. As announced earlier by the company, the smartphone comes with an optical indisplay fingerprint sensor that unlocks in 0.34 seconds.

Powered by an octa-core Qualcomm Snapdragon 845 processor with Adreno 630 GPU, OnePlus 6T comes in three variants. The base model has 6GB RAM and 128GB storage, while the other two high end models come with 8GB RAM and 128GB/256GB storage.

The smartphone runs Oxygen OS based on Android 9.0 Pie. OnePlus 6T comes with a dual rear camera setup with 16MP Sony IMX519 and 20MP Sony IMX376K sensors. The cameras come with a dual LED flash and optical image stabilization. It also has a 20MP Sony IMX376K sensor on the waterdrop-shaped notch on the display. The camera app of OnePlus 6T has features like Face Unlock, HDR, OIS, Panorama mode. Face Unlock is also supported on the device.

OnePlus 6T houses a 3,700mAh battery that supports fast charge (5V 4A). The smartphone comes with no IP rating, so it is not dust or water-proof.

Avani Baggahttp://www.gadgetbridge.com
Avani has an immense love for reading, travelling and food, but not necessarily in the same order. Avani almost started pursuing law, but life had other (better) plans for her and she chose to be a writer instead (luckily!) She previously covered technology at Times Internet and wrote about smartphones, mobile apps and tech startups. When she’s not writing, you’ll be able to find her in book stores or catching up on her social life.
Facebook
Twitter
WhatsApp
Linkedin
ReddIt
Email
Previous article
Micromax Bharat 5 Infinity Edition, Bharat 4 Diwali Edition launched in India: Price, specifications and more
Next article
Apple finally unveils the updated version of MacBook Air