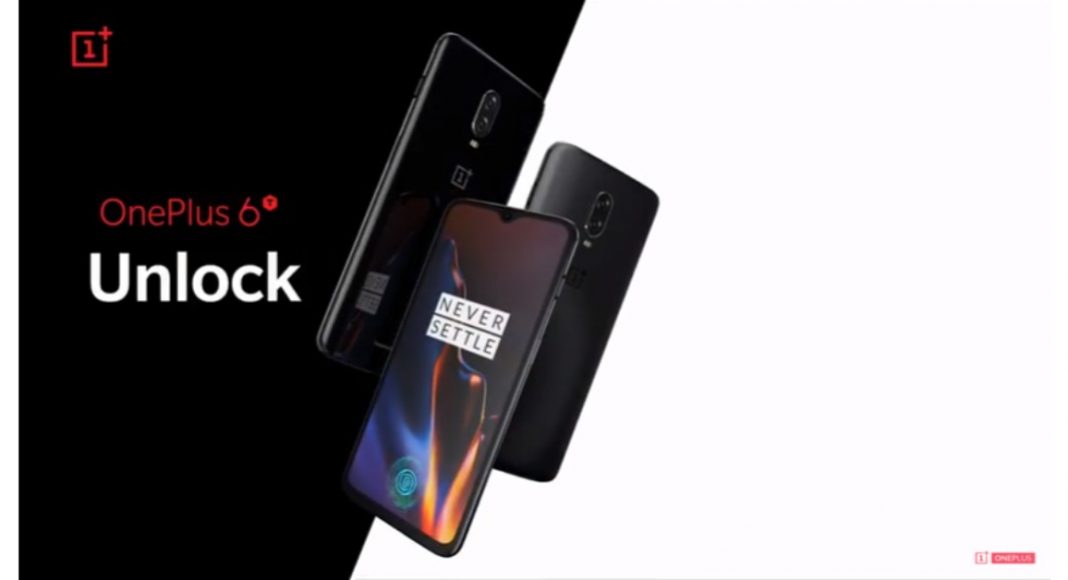 We also wouldn’t have to wait too long for the India launch of the smartphone, as that has been scheduled for 8.30pm tomorrow.

Here’s a look at the price, availability and specifications of the smartphone:

In India, the device has been available for pre-orders on Amazon, Croma retail stores and OnePlus offline stores. It will be available starting November 1 and interested customers will also be able to buy it from Reliance Digital Stores. Speaking of Asian countries, other than India, OnePlus 6T will be available in Hong Kong and Mainland China.

Coming to the specifications of the device, OnePlus 6T mobile sports a 6.41-inch Optic AMOLED display with an aspect ratio of 19.5:9. The display is protected by Gorilla Glass 6 and is claimed to have a peak brightness of over 600 nits.  It comes with an indisplay fingerprint sensor that unlocks in 0.34 seconds, and houses a waterdrop shaped notch on top.

Powered by 2.8GHz Qualcomm Snapdragon 845 processor with Adreno 630 GPU, OnePlus 6T comes in two storage variants – one with 6GB RAM and the other with 8GB RAM. The smartphone is available in either 128GB or 256GB storage models. But it does not have support for microSD cards.

The latest offering by OnePlus runs Android 9.0 Pie with OxygenOS baked on top.

The device will feature dual rear cameras with 16MP and 20MP sensors, both of which come with f/1.7 aperture. The sensors used in the smartphone are Sony IMX519 and Sony IMX376K respectively. The dual rear cameras are coupled with dual LED flash, and come with optical image stabilization, EIS and can record 480fps slow-mo videos.

For selfies and video calls, there will be a 20MP Sony IMX376K sensor with f/1.7 aperture on the front panel. The selfie camera also comes with EIS and can record 1080p videos at 30fps and 720p videos at 30fps. The camera app that has feature like Face Unlock, HDR, OIS, Panorama mode. The device supports Face Unlock that, according to the company, can unlock the smartphone in 0.4 seconds. OnePlus 6T houses a 3,700mAh battery that comes with support for fast charge (5V 4A).

The smartphone would not be dust or water resistant as it will come without an IP rating. Like its predecessor, OnePlus 6T also does not support wireless charging. On the connectivity front, OnePlus 6T comes with 4G VoLTE, Wi-Fi , Bluetooth v5.0, NFC, GPS/ A-GPS, and a USB Type-C (v2.0) port.

Avani Baggahttp://www.gadgetbridge.com
Avani has an immense love for reading, travelling and food, but not necessarily in the same order. Avani almost started pursuing law, but life had other (better) plans for her and she chose to be a writer instead (luckily!) She previously covered technology at Times Internet and wrote about smartphones, mobile apps and tech startups. When she’s not writing, you’ll be able to find her in book stores or catching up on her social life.
Facebook
Twitter
WhatsApp
Linkedin
ReddIt
Email
Previous articleThe 3-year old Android Marshmallow is still the most popular version of Google OS
Next articleOnePlus 6T vs OnePlus 6: Comparison