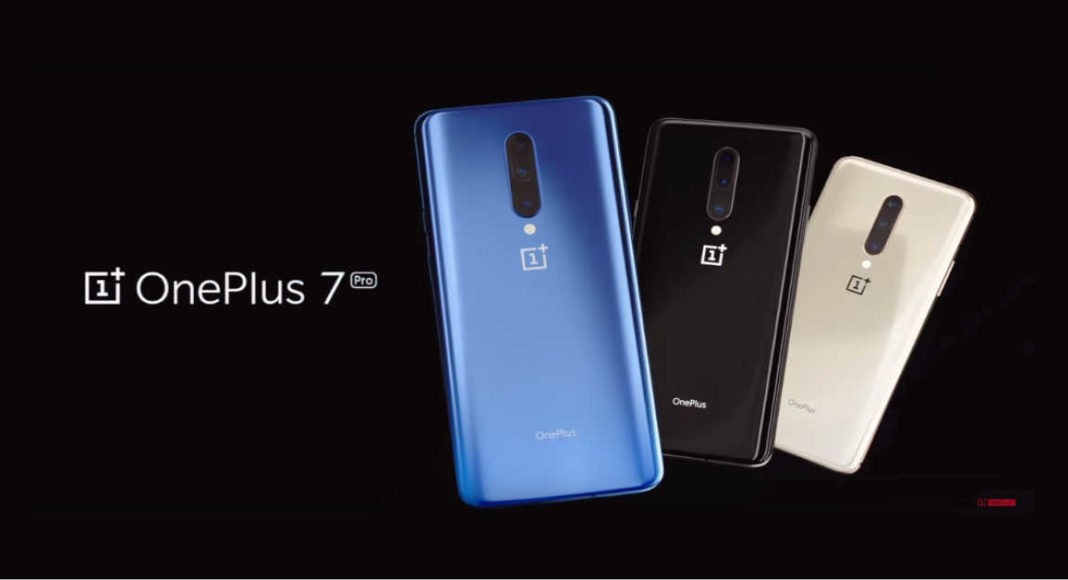 Chinese smartphone brand OnePlus has finally taken wraps off its OnePlus 7 Pro flagship smartphone today. The smartphone was launched in simultaneous events in the United States, Europe and India.

OnePlus 7 Pro runs Android 9.0 Pie skinned with OxygenOS and it features a 6.67-inch curved Quad HD+ (1440×3120 pixels) Fluid AMOLED display that has an aspect ratio of 93.22%. The Fluid AMOLED display of the smartphone is claimed to automatically filter out the Blue light and comes with Night Mode 2.0.

OnePlus has announced that the display of OnePlus 7 Pro has a refresh rate of 90Hz and is certified by HDR10+. The newly-launched smartphone’s screen is also certified for Netflix HDR content and has the A+ quality rating by DisplayMate.

OnePlus 7 Pro has an in-display fingerprint sensor that is 38% bigger than the one on OnePlus 6T and can unlock in 0.21 seconds.

Powered by Qualcomm Snapdragon 855 SoC with 7nn Kyro chipset that is clubbed with an Adreno 640 GPU, OnePlus 7 Pro comes up to 12GB of RAM and 256GB of internal storage. The company has also announced that it comes with UFS 3.0 storage, that ensures that the device is able to deliver enhanced read-write speeds. It also has a Liquid cooling technology so that the handset doesn’t heat up while gaming.

The cameras of the smartphone also come with UltraShot technology that ensures that the quality of images remains intact even in lowly-lit areas. According to OnePlus, the smartphone has a score of 111 in DXOMark benchmark test.

Another interesting feature of the OnePlus 7 Pro smartphone is the Dual speakers that the company has added.

Avani Baggahttp://www.gadgetbridge.com
Avani has an immense love for reading, travelling and food, but not necessarily in the same order. Avani almost started pursuing law, but life had other (better) plans for her and she chose to be a writer instead (luckily!) She previously covered technology at Times Internet and wrote about smartphones, mobile apps and tech startups. When she’s not writing, you’ll be able to find her in book stores or catching up on her social life.
Facebook
Twitter
WhatsApp
Linkedin
ReddIt
Email
Previous article
OnePlus 7 with 48MP camera and UFS 3.0 storage launched in India: Price and specifications
Next article
OnePlus 7 Pro vs Samsung Galaxy S10: Comparison