HomeMobilesOnePlus 7 with dual-rear camera spotted in a music video

OnePlus 7 with dual-rear camera spotted in a music video 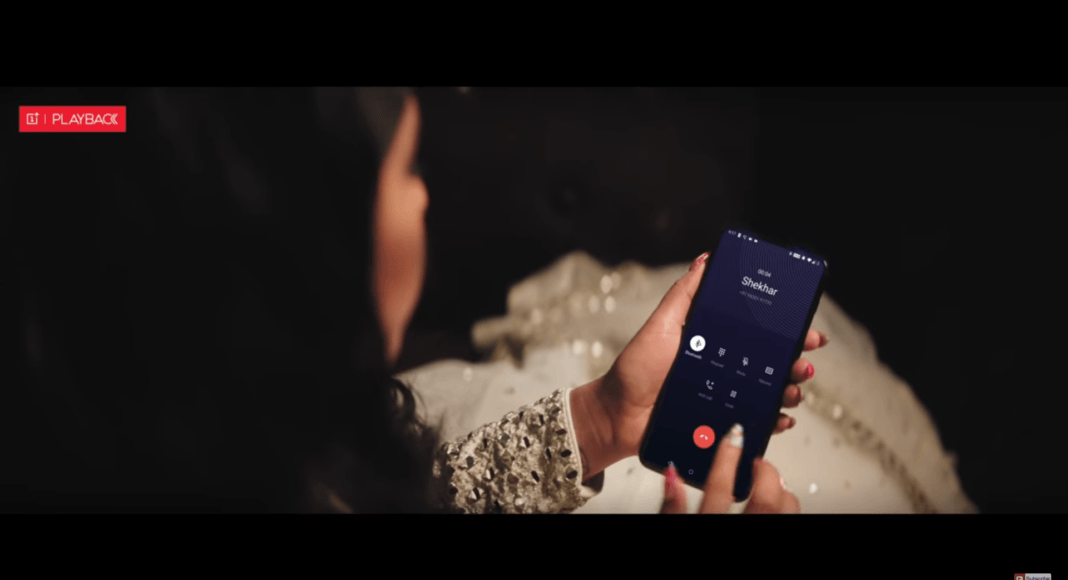 Weeks ahead of its official launch on May 14, OnePlus 7 has been leaked by the OnePlus Playback music video in which Indian singer Neha Bhasin was seen sporting the device. In the new music video named ‘Meri Odhe Naal’ the singer is seen to be using the device and the front, as well as the back of the smartphone, is visible. The video shows the notch-less and full display of the OnePlus 7, along with the dual-rear camera setup of the handset. The new design showcased in the video matches with the earlier leaked render of the OnePlus 7. Other than this, in another news, the triple-rear camera setup of the OnePlus 7 Pro has surfaced online before the official launch.

But since the device in the video shows a dual-rear camera setup with notch-less display the prior reports don’t seem to be credible anymore. Unless in the video, the singer shows the rear of the OnePlus 7 while the front of the OnePlus 7 Pro. However, chances of this are very slim, according to us.

We should mention that a leaked image of the OnePlus 7 Pro surfaced online on Slashleaks. In the image, OnePlus CEO Pete Lau can be taking breakfast at a restaurant where a glimpse of OnePlus 7 Pro can be seen too. The clicked image shows a triple rear camera setup onoard the OnePlus 7 Pro.

Both the leaks arrive weeks before the scheduled launched of the OnePlus 7-series on May 14. But before the official launch, the company has started the OnePlus 7 Pro ‘The Lab’ programme to give early access of the device.

Will you be buying one among the smartphones from the upcoming OnePlus range? Let us know in the comments below.

Aman Singhhttps://www.gadgetbridge.com/
Aman Kumar Singh has a Masters in Journalism and Mass Communication. He is a journalist, a photographer, a writer, a gamer, a movie addict and has a love for reading (everything). It’s his love of reading that has brought him knowledge in various fields including technology and gadgets. Talking about which, he loves to tweak and play with gadgets, new and old. And when he finds time, if he finds time, he can be seen playing video games or taking a new gadget for a test run.
Facebook
Twitter
WhatsApp
Linkedin
ReddIt
Email
Previous articleSamsung Galaxy Note 10 Pro 4G to house a 4,500mAh battery: Report
Next articleSamsung Sero ‘vertical’ TV gets unveiled: Here’s what you should know