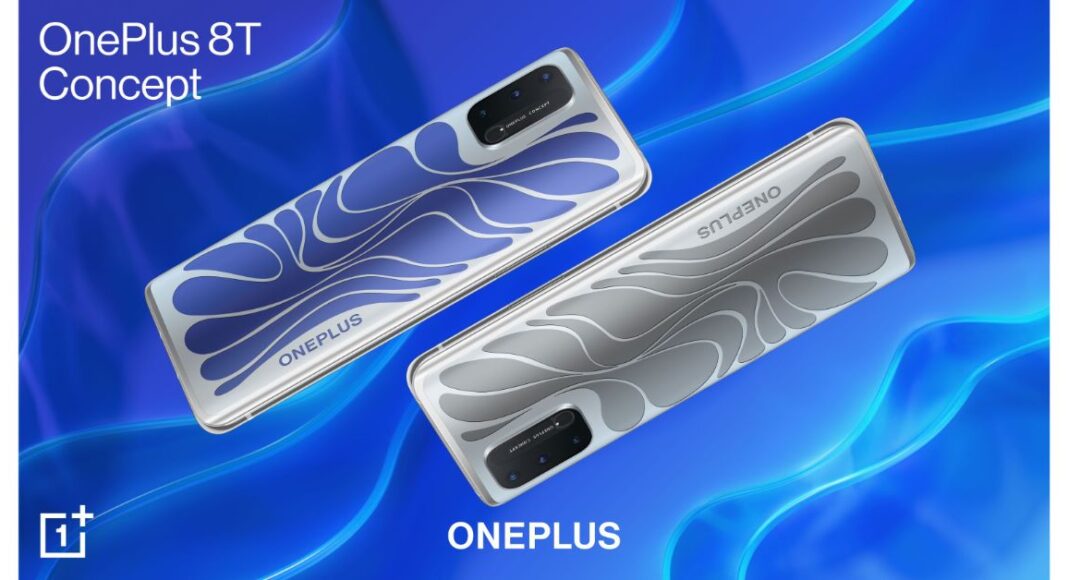 The Chinese smartphone company OnePlus took the wraps off its latest concept phone. The OnePlus 8T concept is the company’s second concept device. In January this year, the company unveiled its first concept phone OnePlus Concept One and the state-of-the-art device is based on the company’s existing OnePlus 8T which was launched a few months back. It is said to be inspired by natural design and offers a more natural interaction between user and device via color-shifting ECMF design and mmWave tech.

On unveiling the launch of the smartphone the company said, “Now with the OnePlus 8T, we are pushing the boundaries of human interaction with mobile technology yet again. Combining design inspiration from nature and a burdenless approach to interacting with devices, the OnePlus team is building further on our first concept technology to unlock even more potential benefit for future smartphone users with our latest project – the OnePlus 8T Concept.”

Inspired by natural design and powered by advanced technologies, the OnePlus 8T Concept offers a more natural interaction between user and device via color-shifting ECMF design and mmWave tech.

Starting with the form factor first, the design of the OnePlus 8T concept is inspired by these colors from the multi-hued flowing water in the hot springs of Pamukkale, Turkey. The Electronic Color, Material and Finish (ECMF) makes use of a color-changing film that contains metal oxide in the glass. The valence state of the metal ions varies under different voltages so when the metal oxide activates, the color of the glass changes from a dark blue to a light silver. The ECMF design allows the physical design of a device to work in combination with mmWave to make it more interactive. According to the company, the mmWave radar module transmits and receives electromagnetic waves. This makes the device to perceive, image, locate, and track objects by the digital signal processing (DSP) and CPU perform signal and information processing on receiving the electromagnetic waves.

With the use of the mmWave module, the OnePlus 8T Concept enables touchless gesture controls. On receiving an incoming call ECMF could flash colors and users could accept or reject the call with a simple gesture. Whereas this technology can also register a user’s breathing, enabling the color to change in sync and effectively making the phone a biofeedback device.

Komila Singhhttp://www.gadgetbridge.com
Komila is one of the most spirited tech writers at Gadget Bridge. Always up for a new challenge, she is an expert at dissecting technology and getting to its core. She loves to tinker with new mobile phones, tablets and headphones.
Facebook
Twitter
WhatsApp
Linkedin
ReddIt
Email
Previous articleFlipkart launched Nokia Air Conditioners With Smart Climate Controls in India
Next articleTop 10 Budget smartphones under Rs 15,000 that you can buy in India