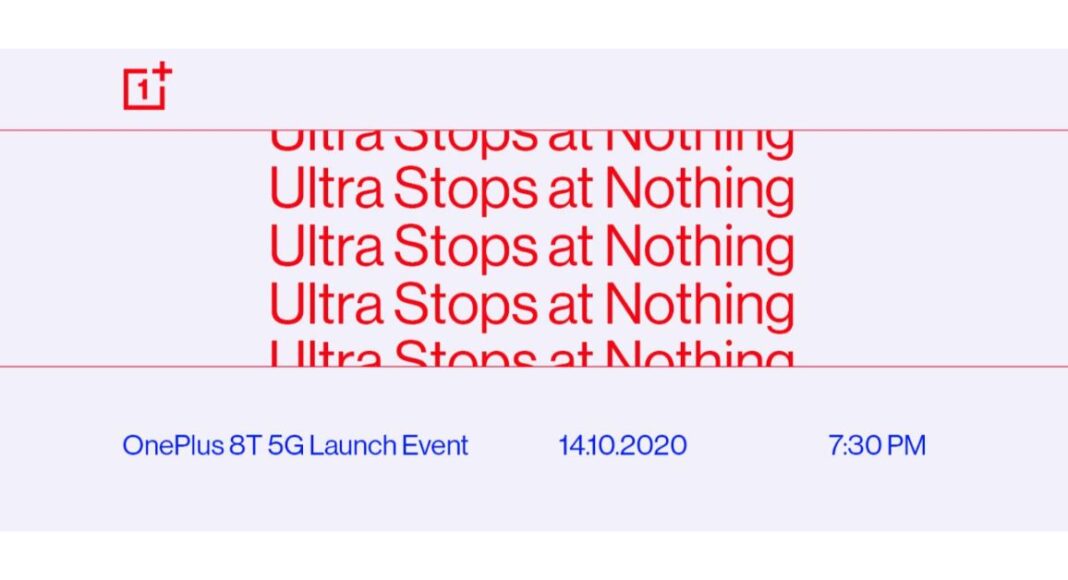 On October 14 OnePlus is going to expand its latest flagship series in India with the launch of OnePlus 8T in India.  Until now the company has only confirmed the launch date of the device but in a new development, the company has updated its landing page that teases its latest Warp Charge technology. This hints that the smartphone is likely to use a dual-cell 65W fast charging system which we have already seen on Oppo Find X2. Besides the company’s CEO, Pete Lau has also spilled the beans on the OnePlus 8T upcoming specifications which include a 6.55-inch display with a 120Hz refresh rate and more.

In conversation with TechRadar Pete Lau has revealed that the OnePlus 8T will be featuring a 6.55-inch display similar to its siblings. Likewise, he also confirmed to the publication a Fluid AMOLED display with a refresh rate of 120Hz which is an upgrade over its predecessor OnePlus 8. Therefore, this will deliver a buttery smooth display experience therefore enhancing the overall viewing and gaming experience considerably. For your information, the 120Hz display is only offered on the Pro variant of the flagship series therefore 8T is the company’s first non-Pro variant to offer this high refresh rate screen.

In addition to this Pete Lau revealed that the along with 120Hz refresh rate for the first time the company will be offering a 2.5D flexible panel on the OnePlus 8T. he further added, “Compared to regular panels, the 2.5D flexible screen offers an improved light permeability and can reach a maximum brightness of up to 1100 nits”. Moreover, the display will be featuring a screen-to-body ratio of 91.9% which is comparatively larger than what we get on the 8 Pro (90.8%), 8 (88.7%) and recently launched OnePlus Nord (86.7%) that means it will be getting slim bezels.

Lau said, “the highest color accuracy possible across the industry” as OnePlus “ran the panels through the same rigorous color calibration process as the OnePlus 8 series and reached a Just Noticeable Color Difference (JNCD) of around 0.3” He also claims that the smartphone has achieved an overall rating of A+ after going through DisplayMate’s rigorous screen tests.

On the other hand, the OnePlus 8T invite page is showing a dual-cell charging system hinting at a fast-charging solution. The device is expected to offer a dual-cell 65W fast charging system which is now available on Oppo Find X2 as 65W SuperVOOC 2.0. It is capable of charging the phone from 0 to 100 percent in just 38 minutes.

Speaking of the specs, the OnePlus 8T is speculated to feature a 6.5-inch full-HD+ display with a refresh rate of 120Hz which goes with Lau’s recent revelation. It is suggested to be powered by the Qualcomm Snapdragon 865 processor coupled with up to 12GB of RAM and 256GB of storage.

Komila Singhhttp://www.gadgetbridge.com
Komila is one of the most spirited tech writers at Gadget Bridge. Always up for a new challenge, she is an expert at dissecting technology and getting to its core. She loves to tinker with new mobile phones, tablets and headphones.
Facebook
Twitter
WhatsApp
Linkedin
ReddIt
Email
Previous article
Sony WF-H800 TWS earphones with up to 16 hours of battery life and voice access launched in India
Next article
September 25 Amazon Quiz: Participate to win Ray-Ban Sunglasses