Leaks suggest that OnePlus Nord 2 will launch on July 24 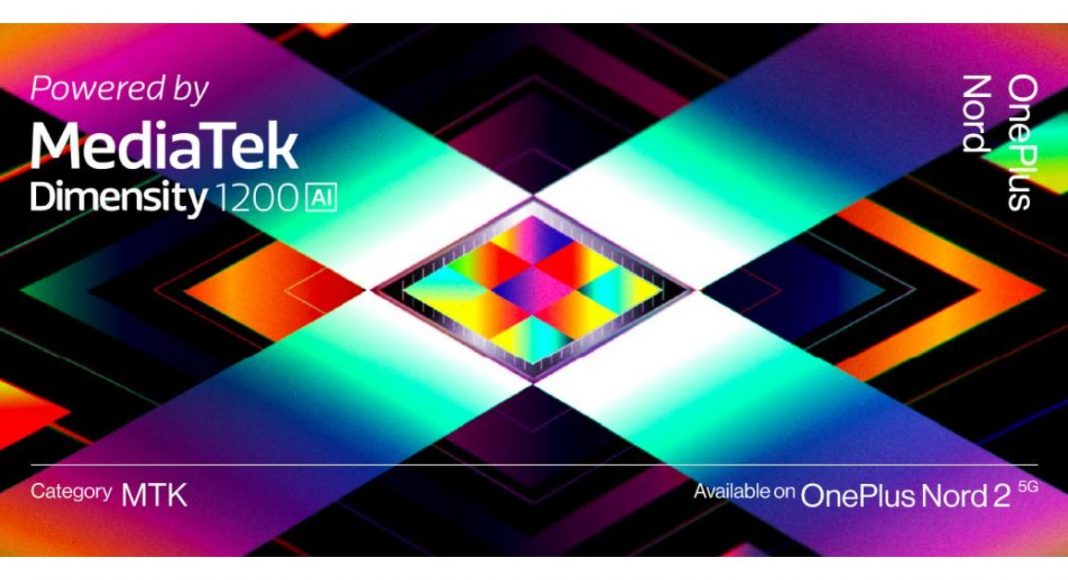 OnePlus has officially announced the launch of OnePlus Nord 2 5G with a premium MediaTek chipset. The device is going to succeed the OnePlus Nord, which first debuted in India last year. The company has also revealed that the upcoming smartphone will be powered by MediaTek Dimensity 1200-AI SoC.

The news comes by way of a forum post that finally reveals the existence of the Nord 2. The company has not disclosed much but the all-new processor will bring features like AI-assisted imaging for an improved photography experience, display enhancements, better response times for faster and smoother gaming, and much more.

The forum post says, “The MediaTek Dimensity 1200 is a powerful processor. But the “Never Settle” spirit means always striving for better. So, by collaborating with the MediaTek team on top of the Dimensity Open Resource Architecture, we were able to push the limits of this processor and bring you a host of AI-based features which enhances the user experience across a variety of touchpoints. To highlight the new AI-focused enhancements from the chipset, we’ve even given the processor a unique name: the MediaTek Dimensity 1200-AI.”

Besides this, the company is also hosting a throwback challenge and a lucky draw to allow users to win a OnePlus Nord 2 5G.

Last month some alleged renders of the upcoming OnePlus Nord 2 were leaked on the web. The leaked renders suggest that the phone will feature a hole-punch design display to house a selfie camera which is placed on the top left corner of the screen. As per the OnePlus Nord 2 renders it will have slim bezels on both sides, top and a noticeable chin. On the utility front, there is a volume rocker on the left side of the frame while the power button on either side along with the alert slider. While the bottom of the frame houses a USB Type-C port, SIM tray, and a speaker grille.

The upcoming smartphone will come with a different design on the back panel. The OnePlus Nord 2 will include a rectangular camera module on the top left corner instead of a pill-shaped camera system. The camera set-up will also include three sensors stacked vertically with an LED flash. The device is said to measure 160×73.8×8.1 mm. The renders show the green colour variant however the Nord 2 is likely to arrive in more colour options.

In terms of specifications, the AI Benchmark listing suggests that the OnePlus Nord 2 could be powered by MediaTek Dimansity 1200 SoC with 8GB of RAM and will run Android 11.

Komila Singhhttp://www.gadgetbridge.com
Komila is one of the most spirited tech writers at Gadget Bridge. Always up for a new challenge, she is an expert at dissecting technology and getting to its core. She loves to tinker with new mobile phones, tablets and headphones.
Facebook
Twitter
WhatsApp
Linkedin
ReddIt
Email
Previous article
How to run Android apps and games on Windows 10?
Next article
How to format an external hard drive or USB pen drive?