The smartphone is reported to cost around Rs 30,000. 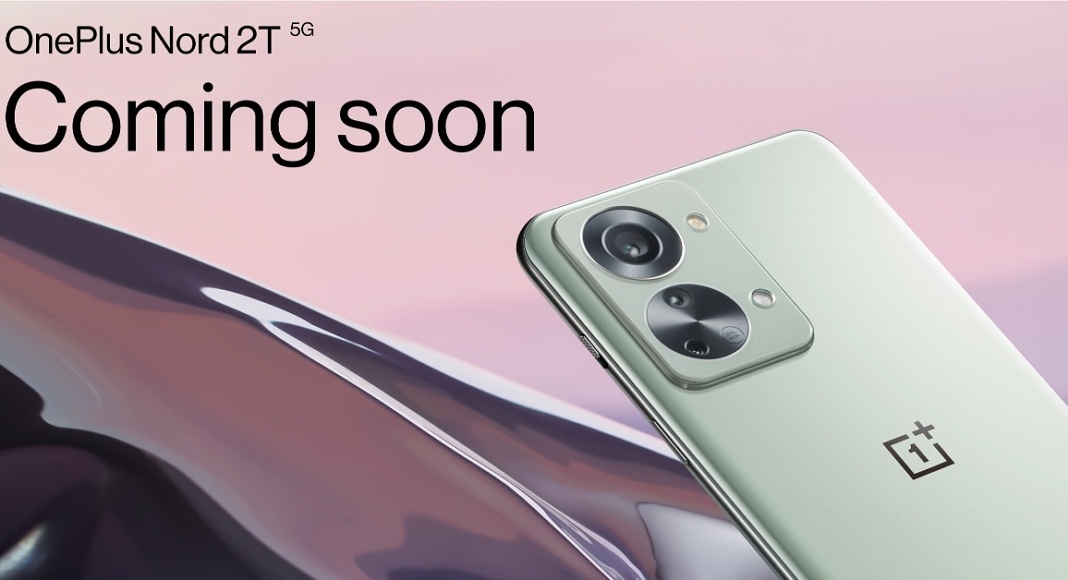 According to the company OnePlus Nord 2T includes OxygenOS 12.1, a faster MediaTek Dimensity 1300 chipset, the same flagship 80W SUPERVOOC fast charging that debuted on the OnePlus 10 Pro, an AI-enhanced flagship camera from the OnePlus 10R, and other features to provide a quicker and smoother experience at a great price. The eagerly awaited addition to the Nord category’s number series will soon be offered for purchase in India.

It will replace the OnePlus Nord 2, which was introduced in July of last year. Recently, the MediaTek Dimensity 1300 SoC-powered phone debuted internationally. It features an inbuilt storage capacity of up to 256GB and a display with a refresh rate of 90Hz.

With a 90Hz refresh rate and a punch hole notch, the Nord 2T’s 6.43-inch Full HD+ fluid AMOLED display is stunning. A Corning Gorilla Glass layer is included on the display panel, which also has space for an optical in-display fingerprint scanner.

A 50MP Sony IMX766 sensor is one of three rear cameras included in the Nord 2T’s configuration. It is accompanied by a dual-tone LED light, a 2MP mono camera, and an 8MP ultra-wide-angle lens. A 32MP selfie camera is available on the device.

As we said earlier the company has not yet revealed a specific launch timeline but Abhishek Yadav, a tipster, has asserted that the Nord 2T will debut in India on July 1. The tipster has now given a marketing image for the impending launch, which confirms that the Nord 2T will launch on July 1 in the Indian market, validating his assertion.

The info is not official but it can be taken with a grain of salt.

Komila Singhhttp://www.gadgetbridge.com
Komila is one of the most spirited tech writers at Gadget Bridge. Always up for a new challenge, she is an expert at dissecting technology and getting to its core. She loves to tinker with new mobile phones, tablets and headphones.
Facebook
Twitter
WhatsApp
Linkedin
ReddIt
Email
Previous article
Interviewed: Sunish Raghavan, HP India tells what new to expect and how is the HP printing business doing here?
Next article
Why You Need a Solid Phone Transfer App to Preserve Your Data