The device has been listed on Amazon to tease its availability 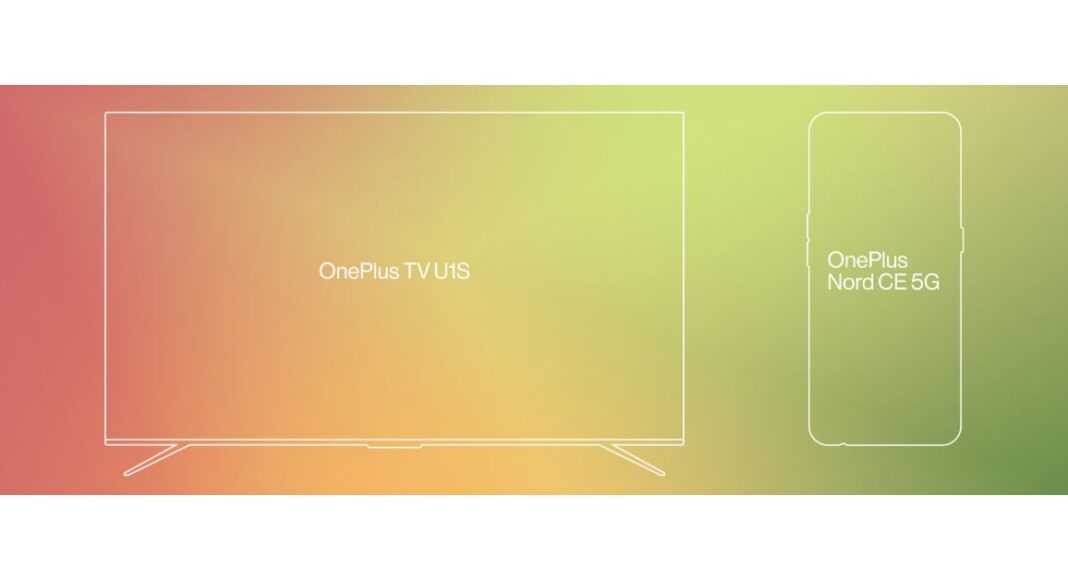 As the launch of the OnePlus Nord CE 5G is inching closer the company has begun teasing the key specs of its upcoming smartphone in the Indian market. It should be noted that the Nord CE will make its debut in India first on June 10. The device has also been listed on Amazon which is now teasing that the phone will be just 7.9mm thick and come with a 3.5mm headphone jack. Earlier the microsite hinted that the device will have a “sleek and streamlined design” other than confirming its availability. In addition to the handset, the company will also bring OnePlus TV U-Series models to the country.

To recall, the OnePlus Nord CE 5G is scheduled to launch in India on June 10 at 7 PM IST. In addition to the handset, the company will also be unveiling the  OnePlus TV U series. The pre-orders are said to begin from the next day of the launch from June 11 for the Red Cable club members whereas the sale will begin from June 16 onwards. 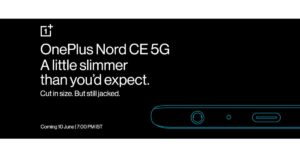 Ahead of the official launch, Amazon has started teasing that OnePlus Nord CE 5G will come with a thickness of 7.9mm. The microsite has highlighted the bottom-most part of the smartphone which has a 3.5mm headphone jack. In addition to this the headphone jack, USB Type-C port and microphone can also be seen clearly.

Previously, the company has teased the new features of the upcoming smartphone giving us the first glimpse of the back of the phone. The rear of the smartphone shows a vertically placed pill-shaped camera module. Also, Amazon accidentally leaked some other details of the handset stating that the OnePlus Nord CE 5G will be available in a Charcoal Ink colour option. In addition to this, it will come in 8GB RAM and 128GB of storage. The company’s event page also mentioned that rest of the features will be revealed on June 4, and June 8.

As per leaks, the device will be powered by Qualcomm Snapdragon 750G SoC. It is likely to feature a 6.43-inch AMOLED display with a 90Hz refresh rate. In addition to this, it is expected to come with a triple rear camera setup that will include a 64-megapixel primary sensor. Whereas on the front there will be a 16-megapixel selfie sensor.

Komila Singhhttp://www.gadgetbridge.com
Komila is one of the most spirited tech writers at Gadget Bridge. Always up for a new challenge, she is an expert at dissecting technology and getting to its core. She loves to tinker with new mobile phones, tablets and headphones.
Facebook
Twitter
WhatsApp
Linkedin
ReddIt
Email
Previous articleOnePlus 9T tipped to feature Samsung LTPO OLED display with a 120Hz refresh rate support
Next articleThe next-generation Windows to be showcased on June 24: What to expect from Microsoft’s next major software update